J.A> Pitts is having a contest to celebrate the release of Black Blade Blues — Go check it out.

Frank Herbert's 'Dune' holds timely - and timeless - appeal — A brief history of Dune. My favorite bit: Another early version [of the Dune movie adaptation] would've enlisted Orson Welles, Salvador Dalí, Gloria Swanson, Hervé Villechaize and Alain Delon in a 10-hour epic. ZOMG. I so want this to be real.

An Archaeological Approach to SETI — Centauri Dreams with an interesting article that lies pretty close to one of the core concepts I have for Sunspin.

A Softer World nail the difference between ebooks and print book — Especially important if you're a conservative.

Diversity Is Work — Ta-Nehisi Coates with one of the smartest commentaries on racism and diversity I've seen in a long time.

Having no use for religion — What he says.

GA Woman To State Judiciary Committee: DoD Implanted A Microchip Inside Me — Ah, conservatives. This story pretty much speaks for itself. If they didn't have political power, this would be sad-but-funny.

Tea Party speaker gay-baits Lindsey Graham — The story itself is par for the course; there's nothing surprising about the ugly undercurrents (and overcurrents) of bigtory in the Tea Party. But I'm fascinated by the term "herrenvolk democracy", which is a surprisingly useful description of contemporary conservative politics.

The Lost State of Jefferson — Secessionism by a slightly different flavor, from Strange Maps. Confidentlal to Tea Party in America: No, secession is still not patriotic. It wasn't in 1861, it wasn't in 1941, and it's not now.

Why I'm Passing On Tea — Andrew Sullivan on the tea party. Most of the rational tea-partiers accept that the GOP has been as bad - if not worse - than the Democrats on spending, borrowing and the size and scope of government in recent years. They repressed this anger during the Bush years out of partisan loyalty. Now, they're taking it all out on the newbie. What, all three of them? Seriously, that's the biggest issue I have with the Tea Party's stated goals (ignoring their cultural baggage). Where were you under Bush? Why was it okay then but not now?

?otD: Ever seen the mythical 12-hour version of Dune? 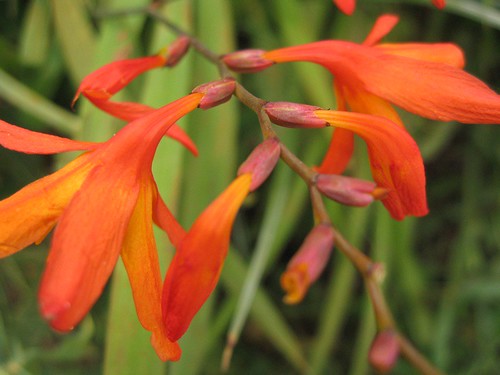 tillyjane, a/k/a my Mom, was sprung from the hospital yesterday afternoon, so we're all a lot more relaxed.

Another week on the great carousel of life.

Here at this blog, we subject ourselves to heinous tortures and food crimes so you don't have to.

Today's edition of "Where's Jay's Cardiologist" is brought to you by the KFC Double Down. This is perhaps the most American of sandwiches, reinvented without any bread whatsoever! Yes, 540 calories of carb-free goodness...

The Double Down lurking in its lair, like a rabid weasel after a night huffing duct sealant with disbarred sorority sisters: 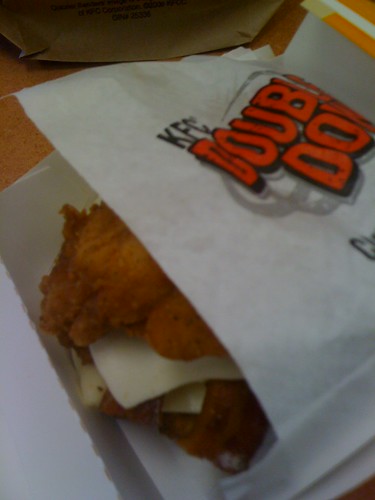 I bravely attack the vicious beast, throwing myself on the altar of the crunchy-fried-brown food group: 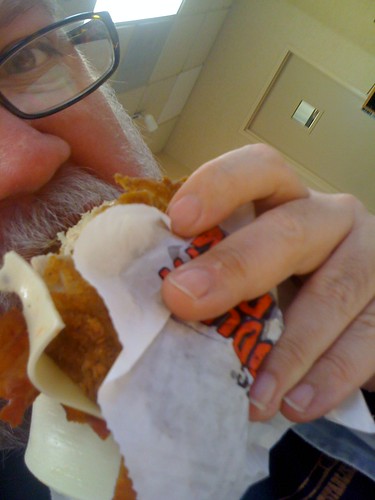 Wounded, the Double Down retreats into its crispy shell: 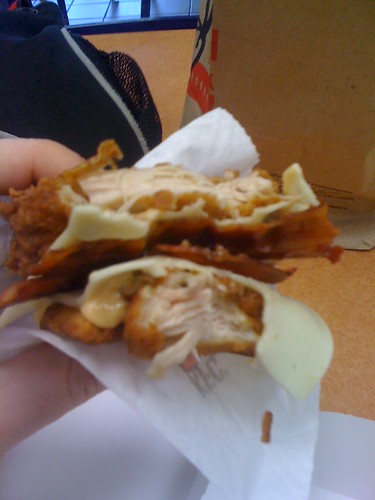 With God as my witness, I shall never eat another one of those damned things again, but it truth, it wasn't that bad. About like eating a plate of chicken tenders with cheese sauce and bacon. Mmm...bacon. If you like crunchy, salty, fried things, this may be nirvana. If you like your arteries free-flowing, not so much with the Double Down.

A nutritional disaster? Sure. Still, quintessentially American to the point of wretched excess, and rather tasty to boot. My inner twelve-year old was all over it. I think the noise I heard as I bit into it was my cardiologist shrieking.

SE 17th, looking southward from Holgate, photographed while out running errands this morning. 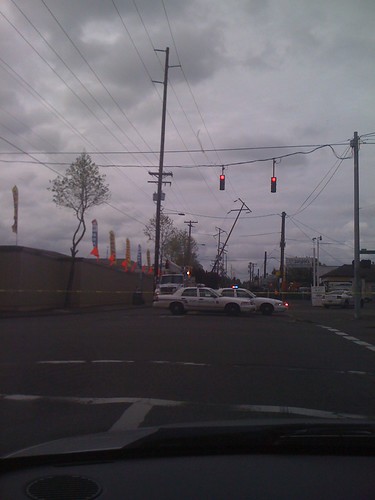 There were numerous police cars, several fire trucks and ambulances, and a whole passel of utility trucks. Wish I'd had the big camera with me.