Mary Sues and literary fiction — With a few casual swipes at genre fiction on the way.

Blogging, Now and Then — Eighteenth century bloggers? Via Scrivener's Error, who nicked it in turn from Making Light.

Over the Hedge with a novel take on zombies

How religion has let society down — Religion, morality and sex. This weird, obsessive-compulsive fixation on sex will have to end before any religious institution can really become the moral authority they all claim to be. (Thanks to

Tax Day Tea Party 2010 — Tea Partiers in their own words. The stupid, it burns. Twelve minutes of people angrily confusing their largely ill-informed opinions with facts. (For example, on the subject of the level of personal income taxation, and the tax cut embedded in the stimulus package.) A lot people, when asked factual questions by the interviewer said, "I don't believe it." That, in a nutshell is confusing your opinions with facts — a favorite conservative past time strongly encouraged by their political leadership and media dominance. My favorite was the guy near the end who said FOX wasn't biased because it presented conservative viewpoints. (Via

Spouting off for the Tea Party — "He says some things that are definitely inflammatory, but I think the comments of one person are just that, and don't reflect the feelings of the whole group,': said Jennifer Nassour, chairwoman of the Massachusetts Republican party. Isn't that what's said about virtually every Tea Party member who speaks up or carry a sign? "Well, yes, that was a little crazy but it's not what the group stands for." How can entire movement be unrepresentative of itself? They want the emotional charge and media shock value of extremism, but they're just as desperate to be seen as the voice of mainstream America. "Mainstream" being the 20% or so of Americans who are Palinites and dead-enders and nutbags, and who agree with them. Tea Party motto: Bring the me the blindly opinionated, the bigoted and the ill-formed, yearning to be angry.

They’re Already Being Fooled Again — Conservative commentator Daniel Larison on the Tea Party. I don’t doubt that the objections of most Tea Partiers are genuine and many of them were and are principled opponents of the policies they now decry when they happened earlier during a Republican administration. It’s just that most of those principled opponents were probably never Republicans, or they ceased being Republicans because of their objections. Partisan identification explains a large part of the pro-Palin sentiment, but it still cannot excuse the foolish enthusiasm for yet another deeply flawed Republican politician. The problem with not letting facts influence your political views that you're incapable of recognizing when you're being fooled by someone who speaks to your emotions but doesn't have the facts to back them up. The key to understanding the Tea Party isn't listening to what they say about themselves, it's listening what they say to themselves. 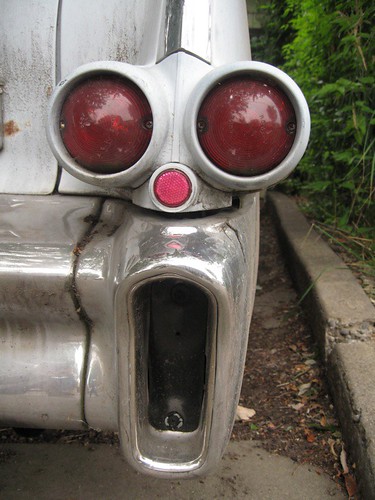 tillyjane a/k/a my mom is back in the hospital with a recurrence of her prior cardiac symptoms. Today is also her birthday, so I believe we are cancelling the second attempt to have her birthday party. One again, she is not in a life threatening situation, but potentially serious medical issues continue to not be unraveled.

calendula_witch and I will visit her later today.

Well, I have now successfully failed to write for almost a week. I wrote last Tuesday, wrapping "The Stars Do Not Lie" in first draft. I gave myself two days off to reset my brain into novel mode. Friday I worked on Endurance. Then my mom went into the hospital with chest pains. And my car got broken into. And I experienced a new low in lower GI control issues. Not to mention the usual daily travails of being on chemotherapy.

Guess what? When enough things go wrong, even I stop writing. Part of this is that I carry my stress in two places — lower GI (sound familiar) and through fatigue. Being very upset in a non-angry way often makes me sleepy. I believe this is a relic of my decade or so of clinical depression, as it's essentially a retreat. In effect, stress makes me poop more and sleep more.

Give that my ground state these days is a level of fatigue comparable to a couple of sleepless nights in a row for someone in ordinary health, anything that adds to that sinks me to a degree of minimal focus and energy that'a very difficult to function at. All the motivation and psychotic persistence in the world doesn't help if I can't get it together enough to begin to write.

My writing fu has never been this defeated by circumstance, not in the ten years I've been working as a pro. I hesitate to call it writer's block, in the sense that I'm not feeling the least bit blocked creatively. But the result is the same.

Just last night over dinner, I was telling

calendula_witch that I wanted a week where nothing bad or stupid happens to me and the people around me. Then I got

tillyjane was back in the hospital. As it happens, today (April 22) is my mom's birthday, and we were going to have a family party for her at Papa Haydn's. Now I guess it's Twinkies in the hospital ward. Second time we've had to cancel her party, too.

I know this isn't about me. This is about my mother and her health. Just like Mother-of-the-Child's recent hospitalization was about her health. (And that's generated almost $30,000 worth of billing, roughly 10% of which has been assigned to my responsibility. Because, you know, my cash flow was getting too fat this year what with the cancer and all.) Just like

shelly_rae's foot injury was about her health. But I'm getting really tired of sitting in my own little crap hole watching crap rain down on the people who love and care about me.

Had a meltdown over this last night.

calendula_witch took care of me, as a partner does. I am keenly aware of how much my calamitous life is stressing her, stressing

the_child, stressing everybody. Even, and especially me.

I write about this, as usual, to open a window inside the world of cancer. A lot of people never talk about it. And while chemo and its discontents are difficult and time-consuming, the lesson of late is another one: life goes on. People get in trouble, get back out of trouble. It's not like my chemotherapy was some kind of get-out-of-jail-free card that enabled everyone around me to have six months of easy going, to spare me the stress of their misfortunes.

No one gets off this bus, except the hard way.