Going Out of Print — The new generation of e-book reading gadgets will transform the troubled book, magazine, and newspaper industries. But it's uncertain what that transformation will look like. Um, yeah.

New York Times depicts life on Venus and Mars… in 1912 — Both cool and hilarious.

Airborne Fungus Expected to Spread in U.S. — About 10 People Have Reportedly Died in Northwestern U.S. After Infection With C. gatti. Another Pacific Northwest contribution to American culture.

Jenny McCarthy body count — Antivax is murder. Your opinions are not facts. Speaking as someone with an immunodeficient family member, your antivax fantasies about your child's medical risks put my family at factual, serious medical risks. This isn't even a debate. It's like evolution denial, it's emotional idiocy that's somehow become privileged as a legitimate viewpoint. Teh stupid doesn't just burn, it kills. (Thanks to

slacktivist on the first Amendment and established religion — He really smokes the Right in this post. My personal favorite bit: A shared opposition to the rights of women -- and to modernity as a whole -- trumped any secondary disagreements, much the same way this shared antipathy toward women and modernity has set aside the longstanding feud between conservative Catholics and Protestant fundamentalists. Bonus points for introducing me to the noun phrase "hegemonic religion", then effectively deconstructing it.

Profiling CEOs and Their Sociopathic Paychecks — I've worked for these guys, more than once.

The Lowden Plan — Nevada Republican senate candidate Sue Lowden says the solution to healthcare issues is to bargain with your doctor for chickens. This site informs me that my colon cancer treatment would cost 8,738 chickens. Uh, yeah. Your Republican Party — always looking out for the needs of the individual voter.

Have Conservatives Gone Mad? — Mark Ambinder on the politics of the right wing echo chamber.

Elton John's letter to Ryan White, 20 years after his death from AIDS — Moving. And if you don't remember the Ryan White story, go look it up. Very instructive about the conservative response to tragedies, and one of a myriad reasons I will never be a conservative.

The Conservative Family Feud — Ta-Nehisi Coates on the intellectual collapse of the conservative movement.

Republicans push for Minnesota sovereignty — Senate Republicans introduced a constitutional amendment Wednesday that would make Minnesota the first state to require a two-thirds majority vote in the legislature to approve federal laws affecting the state. Hmm. The last time I checked, the GOP was all about strict Constitutionalism. Which this most decidedly ain't. Federalism is a settled issue, conservatives. We even had a little war about that 150 years ago, remember? You lost. The Constitution won.

?otD: Would you kill, or threaten to kill, for an insult to your religion or politics? Why? 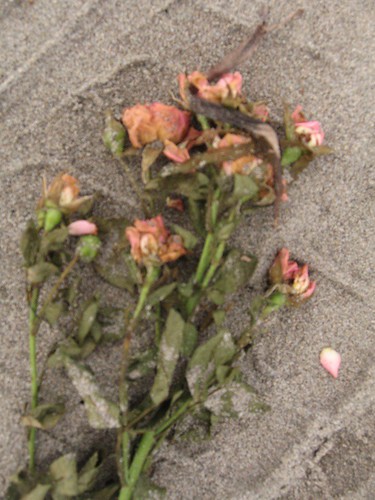 After much further fire drilling and sheer confusion,

tillyjane successfully underwent the required medical procedures yesterday. She is going home today in the strong hopes that her symptoms will be alleviated.

At this point, I wouldn't send a dog to Kaiser Sunnyside for cardiac care, or anything else, really. Even their patient relations people were pretty hopeless. The fact is my mom did get the care she needed, but the dreadfully bad medical communications policies, rank unprofessionalism of the hospitalists, and the financial impacts of their poor decisionmaking (which will cost my fixed-income mother an additional $800 out of pocket) add up to a piss poor healthcare experience. The actual medical care, when they could find their arses with both hands, was fine. But the wrapper around it was somewhere between Keystone Kops and nigh-criminal neglect.

Meanwhile, Mother of the Child's misadventures due to an OHSU procedural error have racked up about $30,000 in bills, of which about $2,000 is flowing to me as patient responsibility. Discussions will be underway shortly with their business, and doubtless legal, team.

I am in day two of infusion session eight, and so far am much less miserable than the past few sessions. Knock on wood. More to come as time and energy permits, but this going fairly smoothly thus far. As I write, I have about 26 more hours on the pump.

tillyjane's birthday tomorrow evening. If everyone can stay out of the hospital for a day or two, and chemo doesn't wreck me too badly,

calendula_witch and I will attend, likely with

the_child in tow. In other good news,

shelly_rae is going to come down for a day or two next weekend, which means she'll see

the_child's turn as a Maypole Dancer on 5/1, at the Waldorf School's Mayfaire.

calendula_witch is heading out now for erranding. I am mellowing. Y'all play nice.

In my idiolect, "angina" and "vagina" have always rhymed. However, the cardiology team that's been working on my mother (who presumably know of what they speak) pronounced "angina" with a short, unstressed /i/ in the middle, so instead of "an-j-eye-nah" they say "an-j-in-uh".

(In case you were wondering about yesterday's QOTD.)

So thanks to some recent credit card number changes, my iTunes account was no longer charging correctly. A day or two ago I put my US Bank debit card number in. iTunes rejected the card as having a zip code mismatch. I've had this zip code since 2000, and this debit card since 2004, without changing anything.

As it happens, this occurred twice around the beginning of April, with two small merchants. Both called me back, we retried several times, then I gave them a credit number, after which I sent money from my checking account to the credit card issuer to cover the cost. At the time I called US Bank, who said that the debit transactions had come through and been authorized, with holds on my checking account. They said it was a "temporary" problem with the authorization process. I could see the holds in my online banking, as today I can see the holds for two small iTunes charges. Yet Apple doesn't show the charge in my purchase history, since they've been declined for the zip code error, which is evidence of fraud in a card-not-present transaction.

I know exactly what's going on here. In my Day Jobbe, I deal from time to time with merchant processors, which are the companies such as Chase Paymentech, who take the credit card numbers from business, validate available funds, and authorize the transactions. I actually understand something of the nuts and bolts of credit card processing, debit card processing, ACH processing, NACHA and CISP certifications, etc. Clearly whatever processor Apple's iTunes store is using, as well as the two small merchants I dealt with, has a data mismatch with US Bank's records. BN.com had no trouble with my debit card last week in an identical situation, so it's only one of the merchant processors, though of course I don't know which one since that part of the transactional process is transparent to consumers.

So I call US Bank for help, who tells me there's nothing they can do since the charges show as authorized. Fail. All they can do is "talk to the merchant." In fairness, they have launched a research request into the problem.

I tried to call Apple for help, per this note on the iTunes help Web site:

Guess what, they tell you phone support is available, but they don't provide any phone numbers. If you call the Apple Store phone number, it refers you back to the Web site. If you stay on the line insisting to talk to a person, it transfers you to eternal hold. (Slightly over 30 minutes as I write this.) Fail again. Though frankly, if I did get someone at Apple, I'm fairly sure there's nothing they could do about a merchant processor decline.

So I have a transaction that fails at the retail end, ties up my money at the banking end, and neither the retailer nor the bank can help me. Apple provides me with bogus help information on their Web site, something they really need to deal with as that is shit-poor customer service. Meanwhile, US Bank says it's out of their control.

Guess what, guys? I can't solve this problem. Even if I could identify which merchant processor is being used, they wouldn't take my call. I'm not a contracting party to the transaction between Apple and US Bank.

So my choices are not use my debit card for such transactions, which is retarded, or move all my banking to another institution, which is a hassle. But how the hell do I solve this?

Apple: fix your customer service info on the iTunes help site. It's not just misleading, it's flat wrong, and that tends to, you know, piss off your customers. Also, the transfer to eternal hold is deeply customer unfriendly.

US Bank: fix your merchant processor relationship or lose my business. I shouldn't have to chase something like this.

Universe: Please stop sending me shit, even in small packages like this one.