I want My Country back from Big Oil — And how about that industry self-regulation? The Gulf of Mexico is a total win for conservative ideology right now. Drill, baby, drill!

Obama makes a funny about murder — My sense of humor is pretty broad, but, um, no, it's not funny. That's the kind of vicious crap I see every day from Republicans. I expect much better from Obama. Too bad for me.

?otD: Are predator drones funny? What about daisy cutters? 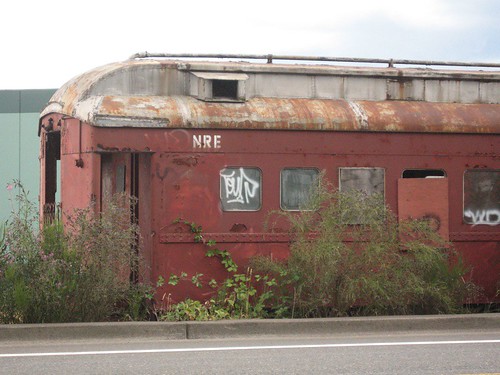 This past weekend was characterized by emotional stress and massive GI failure. ( Collapse )

Emotional stress on chemo seems to intersect with the chemo's already exaggerated tendency to GI wonkiness in a spectacularly unpleasant way. Yesterday was not good, neither was last night overnight. Today doesn't promise any better. I've settled down in terms of my surface affect, but the undermind and lizard brain have not yet let go of yesterday's emotional meltdown. And of course, all of this then intersects with the overwhelming fatigue in annoying ways.

Seven more weeks. Seven more weeks. (Not that the chemo side effects magically stop then, but once the infusions are over they begin to taper off. I won't be 'normal' til September, probably, but sometime in July I'll start to feel a hell of a lot better.)

So Apple, via the Genius bar in the Portland Pioneer Place Apple Store, has made good on my iPad 3G hardware issues. As previously mentioned, both the sync problem and the misreported memory allocation turned out to be a bad USB cable. And yes, I know how unlikely that sounds, but so far it's been demonstrably true. I was lazy when I got the iPad and simply used my existing, identical iPhone USB cable which was already right in front of me, but it's been around a while and the head was slightly crimped. Component swaps from least-to-most-expensive are Troubleshooting 101, but chemo brain never thought to try it.

As mentioned before, it was a hardware issue with a side of user error. Just not an iPad 3G hardware issue. Also, my thanks to the Genius bar and the very thoughtful lady there who figured this out rather quickly and utterly refrained from in any way telling me what an idiot I was. It must have been tempting...

So Sunday, as my brain was fogged and messy from chemo stress except for the analytical part (which is why I can often blog extensively but not write fiction, for those of you who wonder about that) I pursued the AT&T issue. That is ongoing, and I got a callback yesterday which I will pursue that may shed some further light. I did work with the credit card company to get the address reset so I could turn on the data plan, but have not yet had a chance to work with any of the location-aware services that provides.

I also installed a number of apps. Wolfram Alpha is strange and wondrous, and I will need to spend some time learning how to use it. I'm experimenting with direct apps that do what I'd normally do on a browser on my MacBook Pro, such as the WordPress client and iWiki for Wikipedia access. The browser on my MacBook Pro is essentially a Swiss Army knife tool, that does a zillion things depending on the Web page and data source. The iPad 3G is not-so-gently directing me to a right-tool-for-the-right-job approach via dedicated apps that are easier to use than the Safari implementation on the iPhone/iPad OS.

Philosophically, this trend to specialized apps seems like a step back to me, but functionally there's some very nice stuff happening. This isn't precisely the "walled garden" issue that so many folks are complaining about it, it's more an aspect of the way the OS works in the first place, but I think they're related. I'll hold a firm opinion in abeyance until I've spent a lot more time with it.

Where it does seem to point to is the idea that the iPad is a computer for people who don't want to deal with computers. It is literally a one-button computer, though that's a bit of a disingenuous assertion given the role of the virtual keyboard. Giving people who are not interested in doinking with technology access to Wikipedia or whatever via a dedicated app is a lot friendlier than making them figure out URLs and signing up for accounts via Web interfaces. There's a completely different paradigm lurking just below the surface, and I'm only beginning to appreciate it.

The apps which have been fully iPadicized, like the address book, are quite impressive. Right now I'm especially enamored of the calendar. I know some people have been dismissive of the extensive book metaphor used in those apps, but by golly it works and it works well. See above about the paradigm. Also, I downloaded iBooks and put Green on my bookshelf, which was gratifying if perhaps a bit pointless.

Overall, the iPad impresses the hell out of me. And I'm not all that easily impressed about stuff like this. It's facile to say this is a giant iPod Touch, and in many essential aspects that's true, but the assertion utterly misses the point. This really is a different experience, in ways both straightforward and intangible. I'll be weeks and months understanding and exploring it, and doubtless I'll wind up with some rather different opinions and observations along the way.

As for the not-good, I could complain about the lack of multitasking, but release 4.x of the iPhone/iPad OS is on the way, so I won't bother until I see what's changed. It's not crippling, just mildly annoying, and I'll deal for now. My biggest issue with usability and functionality continues to be the way Safari is implemented. This is as much due to the way I use the browser on the MacBook Pro as anything, so I am somewhat barking up the wrong tree to complain, but the lack of tabbed browsing really does cripple Safari for me.

In the mornings before I go to work I read about 75 Web sites. That's how I build my daily Link Salad posts, and my equivalent of taking a morning newspaper. I have them organized into six groups in my Bookmarks bar, and I can load each group with a single click, then work my way quickly through the tabs. Safari simply doesn't support this. So instead of six clicks and some quick tabbing to get through my morning read, on the iPad 3G I have to do 75 clicks.

I've tried the Atomic browser, which supports browser tabs, but it doesn't seem to support single-click loading of bookmark sets, which is what I really need. So one of my biggest hopes for the iPad 3G, which was to use it for my morning browse-and-blog, remains void for now.

Per my comments above, I may be complaining about not being able to hammer a nail with a screwdriver. I don't think this is what Safari on the iPhone/iPad OS is for. This issue impairs the iPad 3G's value to me somewhat, but I doubt it matters to 95%+ of the users out there. So I'll wait and see if my paradigm shifts.

More to come as I use the device and learn more over time.

But for no, one other thing. How the heck to see xkcd's mouseover in Safari on the iPad 3G?

Interesting. I had a very good conversation today with an extremely pleasant representative of Apple's Executive Relations team about my iPad 3G hardware and AT&T experiences. She had been referred to my blog by an Apple employee, and apparently my posts on both hardware and the data plan had been discussed over the weekend at Apple. We talked about the USB cable issue clearing up the hardware problems, and I was very complimentary regarding the service I received at the Genius bar. We then talked about the AT&T problem a bit. She assured me that the PO Box issue had been a surprise to Apple, and their executive team had been working on it since Saturday, and they were looking forward to a solution very soon. Apparently I'm not the only one who complained, but hopefully my words helped.

Shortly thereafter, as I was about to go through the process of filing complaints against AT&T with Visa and with the state consumer protection office(s), an AT&T representative contacted me. He confirmed that as of today, the PO Box ban had been retracted and the data plan sign up process now incorporated a mechanism for providing a street address in compliance with the MTSA law while allowing billing to PO Boxes.

So, erm, all's well that ends well? I can't pretend to take any particular credit for this change, but it's nice to see that a sharp, reasoned, business-focused complaint can produce results. And for whatever it's worth, everyone I've spoken to at both AT&T and Apple has been professional and pleasant. This was only ever a business issue, and I'm quite pleased it got handled appropriately and swiftly — essentially in less than two business days. There were probably some very interesting and difficult conversations over the weekend that I'm just as happy not to have been privy to.

Meanwhile, I continue to adapt to my iPad 3G. And perhaps vice versa. More to come as my experience unfolds.