A reader reacts to Mainspring — My favorite bit: "The premise, though not completely original, managed to intrigue me"

"The Ghosts of Trees" — An open story, still in progress. Drop in and lay down some words.

Impostor Syndrome — Newly-minted urban fantasy author J.A. Pitts on what it means to arrive in publishing.

Searching 43 stylebooks — Some of you know my very dim view of style books, speaking as a fiction writer.

How English erased its roots to become the global tongue of the 21st century — At a linguistic level I am rather suspicious of this article's premises, but it's still fascinating. (Via Scrivener's Error.)

Biomimetics Has Something For Everyone — I am really digging this new-to-me site, A Little Science in My Fiction.

Vintage boxes of crayons -- art in and of themselves

Proud of Being Ignorant — Ta-Nehisi Coates schools Obama on his iPad/X-Box comments. Willful ignorance is not something I expect from this president.

Sex & Drugs & the Spill — Yet antigovernment ideology remains all too prevalent, despite the havoc it has wrought. In fact, it has been making a comeback with the rise of the Tea Party movement. If there’s any silver lining to the disaster in the gulf, it is that it may serve as a wake-up call, a reminder that we need politicians who believe in good government, because there are some jobs only the government can do. And here I thought industry self-regulation was going to save us all.

More on Palin's insistence that we should simply base laws on the Bible — Only someone who has never read either the law or the Bible could possibly believe this is a good idea.

?otD: What does it feel like to boldly split an infinitive? Kind of naughty, eh? 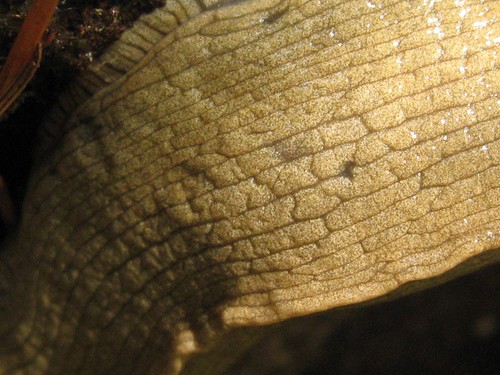 GI stuff cleared slowly and painfully yesterday, finally getting more or less back to normal around midnight, along with a rather literalized dream that Big Science was happening down in my colon. Which, in a sense, it is, as I still alive after these past two years, thanks to multiple interventions from the Big Medicine branch of Big Science.

shelly_rae departed a day late, though she is always welcome and beloved here.

jkoke is kind of the last man standing.

calendula_witch's new pad, I was treated to a severe set of extended meltdowns by the usual residents. This on post-chemo Monday, when I am barely fit for licking stamps. I wound up eating lightly and going to bed even earlier than normal, as the day had completely defeated me.

All of this continually reminds me that world goes on with chemo. Nobody has a magic "get out of jail free" card, least of all me. But damn it's hard sometimes. Especially when your gut is telling you that you've got half a yard of concrete setting up in there, and your stomach is begging for food and retching at the same time, and everyone around you is unraveling.

Life, it's for living. If chemo was easy, all the cool kids would be doing it.

So a bit of a summary of my continuing experiences to date with the iPad 3G.

First of all, the AT&T data is a bit wonky. This is unsurprising, as the iPhone service at my house is a bit wonky, especially as AT&T appears to have a lost a tower in my neighborhood sometime in the past few weeks and not yet gotten it back to service. On either device, I can watch the signal drop from 5 bars to 'Seeking' and back up to 5 bars without me touching a thing. This does not match my understanding of the behavior of cellular networks, unless the tower is dumping inactive connections to service other users.

That being said, 98% of my usage is at home, where WiFi applies. That has its own issues, as Comcast does something to the network every morning around 5 or 6 am, and occasionally substitutes carrier pigeons for IP packets during the day. I live next door to a small apartment complex, so possibly some script kiddies over there get periodically frisky and flood the data pipes in my neighborhood. Not the fault of the device, in any case.

I have yet to use the iPad 3G as a general reader, as Tobias Buckell has done, but that is coming soon. I'm looking forward to doing so. Unlike Toby, I've never found the iPhone a satisfactory e-reader, due to the screen size. I just want a bit more real estate. I'll review the iPad 3G on that basis when time permits.

At this point, I have two other comments which don't quite rise to the level of quibbles, but definitely color my view of the iPad 3G as a device so far.

One, the need to tether it to an iTunes installation really limits the market and deployment. Mother of the Child would be the perfect target market for this device, in terms of usability, but her interest in dealing with iTunes sync and maintaining a desktop computer simply to keep an iPad going would be somewhere south of nil. I recognize this is a constraint built into the iPhone/iPad OS, and I presume we'll see some form of 'cloud syncing' in the not-too-distant future, for those that simply don't want to deal with iTunes locally.

Two, I myself continue confused at fingertip level whether this is a iPhone replacement, a MacBook Pro replacement, or something in between. The last, obviously, when considered logically, but my inner user user hasn't made up his mind yet. I really like the email interface on the iPad 3G a lot, for example, better than either of the other two devices in some ways. On the other hand, the browser limitations cripple the functionality for me in ways that continue to surprise me.

I stand by what I said before. It will take me a few months to sort out how to live with the iPad 3G, and some of what I discover will doubtless surprise me over time. I continue to be quite pleased with it, and am having a lot of fun.

One last note, I am having a few recurring sync problems similar to what was diagnosed as being a bad USB cable. Given the age and distribution of USB iPhone sync cables around here this may well still be the case. I need to do a little elimination testing, after marking and labeling the cables, before drawing any further conclusions. That in return will require my brain to defog a bit more from the most recent chemotheraphy episode.

There are stories about things. There are things about stories. Sometimes these come together.

Some months ago, I mentioned very casually on Twitter than it was too bad cancer was sucking up all my disposable income, because otherwise I would have bought an iPad. (This was shortly after the initial announcement and well pre-release.) Cancer certainly has eaten my finances these past few years, both in terms of co-pays/out-of-pockets from my insurance carrier and indirect costs such as over-the-counter medicines, furniture, increased heating bills, etc. I wasn't complaining at the time, just making an observation about the nature of my life.

bhagwanx took note of this and organized a whip-round among friends, fans, fellow writers and a few total strangers to raise money to buy me an iPad. After discussions with some of the folks involved, I will not name names here, much as I'd prefer to, but you know who you are. As do I. And you have my deep gratitude.

The importance here isn't the iPad. That's a just a thing, however cool it may be. The importance here is the respect, affection and love of the people around me. Unasked for, unlooked for, and delivered with a casual smile and some easy grace. It's precisely that kind of emotional support that is getting me through cancer. Yes, medical science and some truly dreadful pharmaceuticals are leading the way, but those are just things, too, really.

It's you guys. All of you. The ones who pledged money to Marti McKenna and

bhagwanx. The ones who would have if you'd known or could have. The ones who drop by my blog every day to wish me well and check on me. The ones who pop around once in a while to see if I'm still pink and warm. And especially those who read, read, read. Read me, read my friends, read total strangers, read books, read stories, read on the iPad and the Kindle and the backs of cereal boxes.

You are awesome. You keep me going. My most especial thanks to Marti McKenna and

bhagwanx, and to everyone who supported this little project. And my thanks to every one of you. I love you all.