DNA Robots on the Move — Machines made of DNA could one day assemble complex--and tiny--electrical and mechanical devices.

Apollo 11 sits on launch pad 39A — Where's Gary Seven when you need him?

Clues to Missing Matter — Reading about the Sculptor Wall gives me chills.

Oh, say, can you wear? — Roger Ebert on the American flag, and (though he's too polite to say it as such) rank conservative ignorance.

YouCut — More Republican genius. "Together we can begin to change Washington's culture of spending into a culture of savings." This from the party that drove the deficit up by three trillion dollars the last time they were in power. (Not that the Tea Party noticed it.) Yep. Principled consistency is definitely the GOP brand, through and through.

RNC uses Thurgood Marshall speech to attack Supreme Court nominee Kagan — The GOP is angry at Kagan because she agreed with Justice Marshall that the original Constitution was defective. So this is a pro-slavery platform from the GOP? Logic 101, people. Sarah Palin was right: the GOP really does stand for no hope, no change.

?otD: How do you feel about the GOP telling you that 3/5 of a person is the American Way? 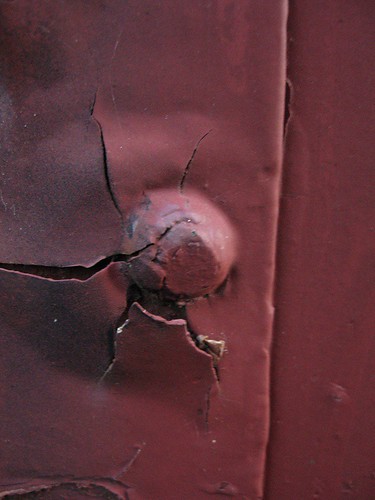 the_child: "Where does the word 'foreign' come from?"

the_child: "So to French people, it's not foreign! Ha ha!"

Not to put too fine a point on it, I feel like hammered shit that's been bronzed and used for a boot scraper.

Much of this week has been characterized by extreme fatigue of the sort I usually associate with the hours immediately after coming off the needle on infusion weekends. To the point where I've completely stopped driving a car, as my lack of alertness and impaired reaction times would make me a meaningful danger to myself and others. I have reached a new low in exhaustion.

I'm also having serious problems with cold sensitivity/peripheral neuropathy, those delightful conjoined bastard twins of chemotherapy. The last two mornings I've been almost unable to walk due to cramping and numbness in my calves and feed from said issues, and I have spent much of this day in my 70+ degree house bundled up as for winter, crouched in front of a space heater. I don't normally wear gloves indoors all day, thank you.

On top of all that, throw in some more-than-usual GI wonkiness, some life stress, and a pretty total crash of both my appetite and my taste buds. I know this is the home stretch — three more infusion sessions to go, scheduled to wrap the weekend of 6/18-6/20 — but things have gotten very, very hard here. I am quite discouraged at the degree of my debilitation this week.

Chemo sucks. Cancer sucks more. So long as I hang on to that...