Long Live the Anti-Novel, Built from Scraps — Plot is dead? Hmm. Someone should tell the people who read books.

Scott Adams on the value of attention — I suspect I read this article very differently as a working pro writer, where attention is a meaningful aspect of my career, than I would have ten or fifteen years ago when it was not. Some things to think about here.

Vacation Snaps: 1904 — I love this bit of portraiture from Shorpy.

Metric Mania — A very interesting article on the flaws of measuring data, and how we interpret such.

In which records says nothing meekly — "The Cold Equations" meets modern medicine.

Race under fire: Is being white something you can learn? — Hmm. Interesting.

Vatican details US sex abuse defense — The Vatican on Monday will make its most detailed defense yet against claims that it is liable for U.S. bishops who allowed priests to molest children, saying bishops are not its employees and that a 1962 Vatican document did not require them to keep quiet, The Associated Press has learned. Wow, that is a level of disingenous argument that would make Karl Rove blush for shame. So bishops don't work for the Catholic Church, huh? (I assume this is technically true under US employment law, but it's a disgustingly self-serving avoidance of accountability.)

Kagan's Political Advice: Does Principle Matter? — This is disgusting. I've been neutral on Kagan so far — I agree with the general criticism that Republican presidents appoint SCOTUS judges as far to the Right, while Democratic presidents appoint centrist judges for some damned reason — but this article really stirs my passions against someone who is willing to reason like Kagan sitting on the high court. Bad enough we have Scalia, Thomas and Alito distorting justice for political ends on a daily basis. We don't need Kagan doing it, too.

Going to Extreme — Paul Krugman on the GOP's rightward march. Somehow, though, the radicalism of Texas Republicans wasn't a story in 2000, an election year in which George W. Bush of Texas, soon to become president, was widely portrayed as a moderate. Yep, I remember those days. Your Liberal Media sure liked W, back in the day.

Palin Has No Political Future — Conservative commentator Daniel Larison with a fascinating critique of Sarah Palin. He begins nicely by describing her thus: Palin is aggressively ideological and obnoxiously partisan, which is very satisfying to most ideologues and partisans, but this is exactly what people outside the Palinite bubble dislike about her. That's far from the substance of his critique, but it's an excellent point. I don't agree with his conclusion — her media-driven political presence will be a huge factor in the 2012 campaign, to everyone's detriment. John McCain has a lot to answer for, and I predict his place in political history will be to remembered as John the Baptist to Palin's twisted conservative Jesus.

?otD: What's the fastest car you ever drove? 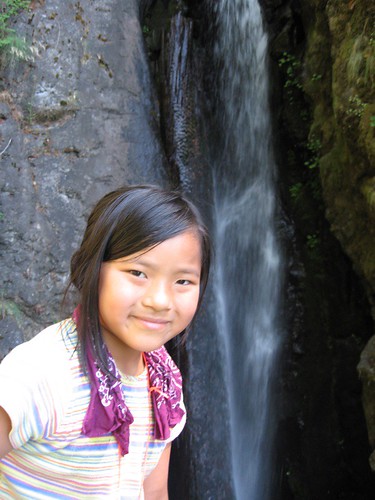 Yesterday was a tad rough. Day Jobbe got intense, I never took a lunch break or anything like a rest break. (Yes, I did eat at my desk.) By the time I knocked off (I work 6 am to 3 pm, Pacific) I was too tired to move. No energy for any writing or WRPA. I went to bed around 5, went to sleep around 7:30, and had nine fitful hours of sleep without pharmaceutical assistance.

I'm about to start sleeping in hat and gloves, due to the peripheral neuropathy. My body is warm enough under the covers, but my head and hands are out in the night air of my bedroom. It's bad enough that I walk around during the day dressed like a homeless guy, but needing to do it at night... Sigh.

In theory I'm going to Fireside Writers today. I have a ride and everything. But I have a feeling I'm done with that, too, until chemo is over, given my tendency lately to go to bed sometime between 4:30 and 5:30 in the afternoon. The exhaustion really has settled at another level.

One reason I've fought so hard to hang on to activities and capabilities in my day-to-day life is my very early intuition that anything I gave up I was not getting back during chemo. So far, with the partial exception of writing time, this has proven true. I'm almost certain I'm done driving. This going to bed in the late afternoon thing is becoming normal. I don't even go outside in my own yard anymore. I'm pretty much living on Rice Chex, oatmeal and soft pretzels due to my food tolerances collapsing. I've started bursting into tears from time to time again, after a long period of good emotional control. My sleep hours are slowly getting longer and longer. My world is getting ever smaller.

But less than five weeks until I come off the needle for the last time. I have to hold on to that.

This one was extended and disjointed, much like my night's sleep. I was working in a small office in a small town. Tried to get one of the women in the office to go to lunch with me. She said she'd meet me at the restaurant across the street, but she stood me up. I walked in their side yard a while, killing time in case she was late, when one of the waiters pushed me into the river. All the waiters were kids, about 10-12 years old, dressed in tux pants and white oxford shirts, and they stood on the riverbank to laugh at me as I struggled to get out.

I wound up in the kitchen, where I convinced the chef to let me cook. I prepared olives by stuffing them with blue cheese and slivers of flank steak, then battered them and deep-fried them. A culinary success!

After that I had to take the train out of town. It was a rickety local, ancient, battered Pullman cars with no service on board, but that was fine. I wound up in a train station remarkably like Portland's Union Station, though it was some dream-locale, not my own beloved PDX. A cranky woman who resembled my first wife (whom in real life I have not seen or heard of in nearly 20 years) was arguing with someone about a diorama of civic improvements to be made in the area. I got involved in the argument, cooled everybody down, and wound up making out with her on a train station bench while disapproving Pullman porters in spangled suits (think some Busby Berkeley version of the classic uniform) prepared a SuperLiner for a long distance ride.

I got dumped by this gal, too, missed my connection for the SuperLiner, and wound up hungry and alone in the empty train station.

Interpretation of this dream is left as an exercise for the reader. Feel free to contribute in comments