They S.H.O.O.T. atheists, don't they? — In which (among other things) the Bad Astronomer complains about worldbuilding in fantasy and science fiction. With some accuracy, I might add.

Can an Enemy Be a Child's Friend? — Interesting. Having grown up in the era when the standard response to bullying was to blame the victim — "What did you do to antagonize him?" — and having been the class goat pretty much through seventh grade, thanks in part to the 1970's gym teacher technique of picking on one pansy (me) to motivate the rest of the kids, I have a lot of sympathy for kids on the wrong end of the social stick. In some my ways, my entire life today is a revenge of the nerds.

Family Values GOP Rep To Resign Over Affair — Abstinence and family values FTW! And yes, the congressman and his girlfriend even made an abstinence video together. Principled consistency: your Republican hallmark.

Angry Tea Partiers are not the Moral Equivalent of Compassionate Democrats — Juan Cole on Your Liberal Media's continued false equivalency of political narratives. When is the last time you saw leftwing Democrats taunting disabled people, or weeping, or shouting that "their" country had been stolen by "those people"? What did the Democratic left want? Universal health care with a public option. That is angry? Isn't it just common decency?

Tea party: Dark side of conservatism — When the tea partiers say they are true conservatives, there is no reason to doubt them. They stand in the conservative tradition of the radical right — a movement of the haves and the well-protected who, since the time of FDR, have feared that their freedom will be lost if the government extends a hand to the have-nots and the unprotected.

PA-12 and The Single Greatest Pushback in American History — Conservative commentator Daniel Larison on the special election to fill the late John Murtha's seat, and the abject failure of the Republican narrative about their forthcoming political gains.

?otD: Were you ever the class goat as a kid? 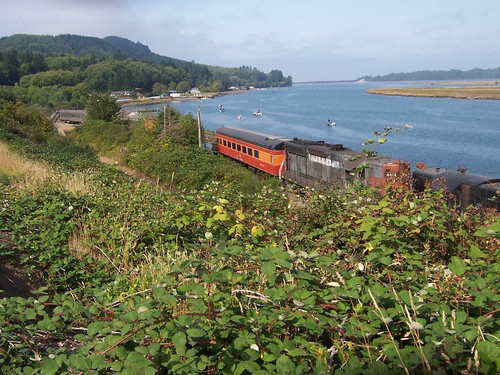 Such a social bug I am.

maclark2005 came over for a while yesterday. The plan was to take me to Fireside Writers, but I did not have the energy. So we went to New Seasons briefly, where I burned myself out buying two bags of frozen strawberries and some cheese. Later, H— came by and gave me hand and foot massage for my peripheral neuropathy.

tillyjane is coming over today, as is

kenscholes for a bit after work. And

In one three-day period I am accomplishing more socializing than I've managed in the past three weeks. Weird.

Exhaustion continues bordering on the extreme. Well, not bordering. More full scale violation of sovereignty with incursion by armored columns and close air support. I slept in hat and gloves last night. The hat came off at some point, but the gloves worked well. (Thanks, Dad, and also for the Really Thick Socks.) GI, mirable dictu (or possibly mirable buttu) is being well behaved. Who knew Rice Chex and oatmeal were so good for the bowels?

There's probably something I've excluded from my diet which is improving the GI, given how restricted my eating has become, but I'm too goofy lately to actually figure it out.

As I've observed many times before, we are all hypocrites. I don't think it's psychologically possible to be completely consistent. The tension between mythos and logos in the human psyche pretty much puts paid to that. It's certainly possible to be morally and intellectually rigorous, and intensely self-correcting, but most of us (definitely including me) are too busy leading our lives to keep that up on a full time basis, either. Insofar as I can tell, one of the whole points of pursuing religion, or some other form of ethical and philosophical system, is to provide a framework in which such consistency can be pursued without having to continually reason from first principles.

And for the most part, I don't care, so long as you (and I) are not harming anyone. Have fun believing six impossible things before breakfast. I do it all the time. Revel in your self-contradictory nature. I do that all the time, too.

But when you move into the realm of politics, specifically legislation, and you bring your religion or your ethical framework with you and begin governing from that stance, you'd better damned well be consistent. My ethical framework tells me that other people's private sexual, reproductive and social behavior is none of my damn business, except insofar as they might choose to include or inform me for their own reasons. If I were in politics or government, I'd stay the hell away from putting government in the bedroom. That's one of the core reasons I'm a liberal-progressive: I firmly believe government doesn't belong interfering in private life absent a compelling public interest (mandatory education, for example) or preventing harm (domestic violence, for example).

Contrast this with core conservative principles that attempt to control private sexual behavior, personal medical and reproductive choices, and ethical behavior. Legislating morality is a non-starter in any free society, but conservatives love nothing more than the idea of inserting government into the private lives of people they disapprove of. It's in black-and-white in virtually every Republican party platform out there.

So when we see a story like the resignation of Indiana GOP Rep. Mark Souder in a sex scandal, I call it out. Like I (and so many others) called out Republican Senator Larry Craig, who promised to make the lives of gays a living hell while cruising for men in public restrooms. Or Republican Senator David "Diaper Baby" Vitter for his use of prostitutes while running and serving as a family values champion.

That's why I don't care when Democrats, or entertainers, or sports figures, are caught out in such scandals. Unlike conservative politicians, those people are not trying to use the force of law to constrain my freedoms and the freedoms of those I love.

To my mind, that's reflective of the ultimate flaw in conservatism. My worldview as a liberal-progressive encompasses most of the conservative worldview. Against abortion? Don't have one. Creeped out by homosexuality? Don't hang out in gay bars. Almost everything conservatives want, I'm happy for them to have. Even (grudgingly) guns, if people keep them safely. But conservatism, by its very nature, is incapable of granting me the same courtesy. Their worldview, as defined in their party platforms and public rhetoric, explicitly seeks to limit and criminalize mine.

I could never choose a narrowing of opportunity, freedom and the future for myself or anyone else. Souder, Craig, Vitter and the entire conservative movement base their entire political lives on exactly that narrowing. And they betray themselves with the hypocrisy of sex.