Little Dog — Oi, robots. (Thanks to

NASA Lunar Analog Testing in Moses Lake, WA — I've been to Moses Lake. I believe this. (Thanks to

Looking Back Across Mars — Opportunity's backtrail, on Mars.

Toward an Abstract Courage — Ta-Nehisi Coates on the Civil Rights era. In that sense, Goldwater is the more appropriate hero for today's generation of blissfully ignorant ("How did that 'White slavery' sign get there?") non-racist Republican. It's not so much that they hate you, it's they are shocked--shocked--to discover that some of their fellow travelers hate you. I can never understand why this sort of thing surprises conservatives. Their entire worldview is based on fear of the other, the new, and halting change. Not much more other and worldchanging that brown people getting some of what white people have.

Mark Souder's downfall shows virtue knows no ideology — Enough with pretending that personal virtue is connected with political creeds. Enough with condemning your adversaries, sometimes viciously, and then insisting upon understanding after the failures of someone on your own side become known to the world. And enough with claiming that support for gay rights and gay marriage is synonymous with opposition to family values and sexual responsibility.

The ACORN Case and the Bill of Attainder Clause — Yep. Principled consistency on the American Right, assuming that by "principled consistency" you mean "media fraud" and "counterfactual paranoia." As Scrivener's Error says: "...it is impossible to foresee Congressional action being taken during the reign of George III, and under a Heffalump majority, against a pro-Tea-Party group that expended similar efforts and used similar tactics to (a) prevent them newcomers from registering to vote and/or (b) did the same thing in Appalachia... among folk of Northwest European descent."

?otD: Would you have sat in at a lunch counter, back in the day? 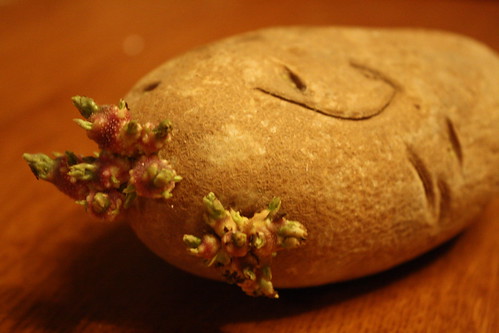 ...edited by Nick Gevers for Subterranean Press. In which I have a story. It's a book about the power of oneiromancy, and the images that live in our subconscious.

Also the first tranche of signing copies of The Specific Gravity of Grief.

This one is about the internal emotional experience of cancer. Rather different from my other work, though still strongly genre-inflected. If you have any interest in this topic, pick up the book. It's a limited run.

Finally, "Permanent Fatal Errors", my story from Is Anybody Out There? is being published in four parts on the editor's blog. This is a teaser for the anthology, which is themed on the Fermi paradox. Read the story, buy the book. Also, for those interested in my Sunspin project, this is deep backstory for the novels.

calendula_witch is brave and honest about our chemo experience. Go read. I'll still be here when you get back.

I don't talk so much about her end of it, or

the_child's, or the rest of my family and friends. This is my journey, and it's not for me to expose their fears. I will say that

the_child, after months of anger and denial, has been asking detailed questions in a very mature manner. Others in my circle are coming to terms, one or two are not.

calendula_witch says, this round is almost over. I may wind up sleeping through most of the rest of the process, the way things are going. By coincidence, I come off the needle on infusion session number 11 on June 6th the day of the 46th birthday. (This is why my birthday party is July 3rd, so I can stay awake for it — you are coming, yes?)