Scientists to Ugly Endangered Species: Drop Dead — Who will love the nematodes? Observer bias is everywhere.

Measles making 'rapid comeback' — Vaccine campaign funding cuts allowing disease to spread again, WHO says How's that whole antivax thing working out? A lot of dead kids worth it to you, Jenny McCarthy? (Via Bad Astronomy.)

Puerto Rican Man Almost Deported To Mexico — So, conservatives, dig the whole border protection thing. Ignorance is bliss, I guess. Or at least a lot more comforting than knowledge.

Toward a Manifested Courage, Cont. — Ta-Nehisi Coates with more on the history of Civil Rights. Moving, and some great if brief analysis of the class-based angle of the Civil Rights movement. One of my significant character flaws is a resistance to forgiveness for sins of power. Not errors, I am very forgiving of errors, but of deliberate bullying and exploitation from a position of strength. Too much of that inflicted upon me during my own childhood for me to care to hear someone say now, "Well, I shouldn't have done that." if you had any character as a human being, you would not have abused when the power to abuse was in your hand. Regret later is just self-justification so you can sleep at night, and you can choke on it. So I deeply admire people like Hank Thomas, who seem to be able to rise above that pettiness that constrains me.

Obama, GOP senators have tense visit — Senate Republicans criticize the president's effort to seek cooperation on key issues. Shame on Obama. This so unlike the open, honest bipartisanship the GOP's Permanent Majority embraced back in the day. I still say the Republicans should be on their knees thanking Karl Rove that the Democrats don't treat them exactly the way they treated the Dems.

Republicans' new Web site not exactly what they hoped it would be — I see the conservative intellectual tradition is alive and well. "A 'teacher' told my child in class that dolphins were mammals and not fish!" a third complains. "And the same thing about whales! We need TRADITIONAL VALUES in all areas of education. If it swims in the water, it is a FISH. Period! End of Story." You can't even tell if this stuff is mockery or the real thing. The Right has grown so crazy that there isn't a difference anymore.

?otD: Who would you forgive? 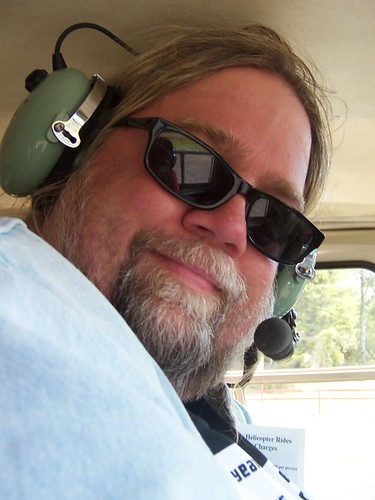 Worked a long day yesterday, including a four-hour conference call. (!) Miserable as predicted. By 3:30 I was horizontal for the day, except for occasional forays for food and the restroom. Not much food, mind you. I had managed to eat an entire lunch, which is the first time in days I've choked down a meal's worth of food. H— showed up and kept me company a little while.

GI failure (eventually resolved successfully) prevented me from zonking out as early as planned, but I did make eight hours of solid sleep followed by another 45 minutes of semisolid sleep. I had an extended dream about spending time in an open-source village that was sort of a cross between Ruritania and the Prisoner's resort, but then Krissy Scalzi took me back to

scalzi's rural Ohio compound to meet with the Great Man. I don't think her dream-self liked my dream-self very much, because she made me wait in the basement, which was seriously dusty and spiderwebbed.

scalzi wasn't around, so I set to writing whilst idling in the bowels of his home. He finally showed up as I woke up, announcing it was just in time for the Lesbian-Zombie War to begin.

Yes, I slept well. How about you?