A review of Is Anybody Out There? — Including comments on my story, "Permanent Fatal Errors".

The Limits of Knowledge, Part I: Point of View — An interesting squib on the constraints of science and (ultimately) worldbuilding from Science In My Fiction.

New Breed of Specialist Steps In for Family Doctor — The hospitalists who saw my mother in the cardiac ward at Kaiser Sunnyside were, frankly, idiots. They functioned as sole gatekeepers on the ward, and they did it quite badly. Reading the wrong patient charts, badly garbling the specialist info and test results, and not taking the time to listen. And that was on the good days. This is an improvement? (Thanks to my Dad.)

Sister Margaret’s Choice — We finally have a case where the Roman Catholic Church hierarchy is responding forcefully and speedily to allegations of wrongdoing. But the target isn't a pedophile priest. Rather, it's a nun who helped save a woman’s life Abortion to save a desperately ill woman's life? Excommunication! Serial child rape? ˇProtective transfer out of the charging jurisdiction and years of footdragging and witness tampering. That's moral leadership for you.

Rove Finally Admits That Bush Really Blew It During Katrina — Honesty, long after the fact. Ah, the ethics of conservatism. 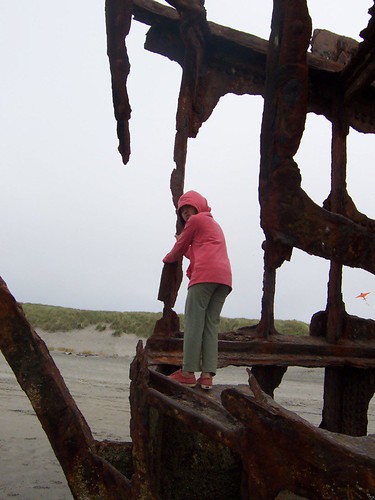 Dreamt last night I was being required to justify my entire medical history and current healthcare situation to Kentucky GOP senatorial candidate and Civil Rights opponnent Rand Paul. We were outside at some sort of Ren Faire or low tech theme park, and he was being large and in charge. Despite what the Nevada GOP says, I don't think there's enough chickens in the world to pay for my healthcare needs what with metastatic colon cancer and all. I'd much rather have my healthcare delivery framework legislated by people in the reality-based community than by people who believe their ideology over any evidence whatsoever, let alone the healing power of such personal chimeras as chickens, prayer or market self-regulation.

Political nightmares about my cancer. I really have sunk low.

Slept well at least, dreams notwithstanding. Lorazepam really is my friend. Hates it, I does. I'm planning to spend a quiet weekend at home (do I have any other kind), though

mikigarrison will be visiting. The usual circus next week, with chemo infusion eleven of twelve overlapping the date of my 46th birthday.

It bothers me that I don't really leave the house anymore. I've stepped outside my door twice in the last week, once for a brief walk on Sunday with

shelly_rae after we de-needled me, and yesterday when my sister drove me to my therapist's office. I probably won't step outside again until next Wednesday's therapy appointment, though the subsequent medical and natal festivities will get me into the open air a few more times before next week is out.

Narrow. I am become so narrow. If I had Photoshop I'd make an image of myself as a stickman, because that's how feel. Narrow and tired.