The Mother of All Invention — How the Xerox 914 gave rise to the Information age. Ah, the march of progress. Fascinating if brief squib on a significant piece of technological history.

Deeper impact: Did mega-meteors rattle our planet? — This is both frightening and cool. We have some analogous spooky geology here in the Pacific Northwest. (Via io9.com.)

Oklahoma State Senator Aims To Stop 'Liberal Judges' From Imposing Sharia Law — Sometimes the fruit loops don't all fit in the box, I guess. Duncan is also known for being among a group of lawmakers who returned their gift copies of the Quran to a state diversity panel, because they said the book endorses "the idea of killing innocent women and children in the name of ideology." I think that's called the Bible, sir. See Old Testament.

?otD: What question of the day would you ask? 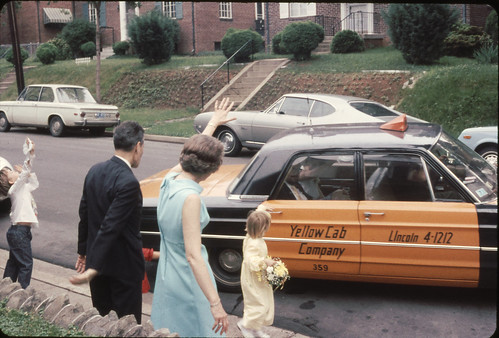 June 12th, 1971, my dad and (step)mom make their getaway from their wedding. That's me on the far left, playing with the garter, my Kessler grandparents in the middle, and my sister on the right with the flowers. Photographer unknown. © 2010, M. Lake

Today is my parents' 39th wedding anniversary. My brother has flown in from the East Coast, and my sister will be prying me out of my chemo shell later to join them for a celebratory brunch and party. I have been so tired and impaired I haven't even managed a card for them, but my gift is that I'm still alive despite the cancers. It's perhaps the only gift I can give at this point.

Happy Anniversary, Mom and Dad. I love you. 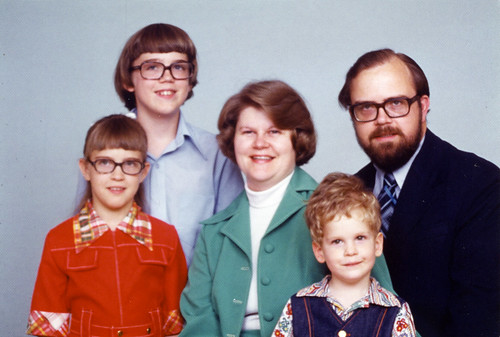 jackwilliambell did something incredibly generous. He sent me some of late wife's skullcaps, for my chilly chemo-bald head. Chemo brain is chemo, and I've been dilatory in thanking both him and Anita.

We remember, Jack. And you are quite the gentleman.