Get Fuzzy on thesauri — Yes, it's a grade school joke. Yes, it's still funny to me.

Retrograde Mars — Believe me, buddy, I know the feeling.

Coming To Terms With A 'debilitating Energy Stalemate — It's tempting to think that conservative policymakers, if nothing else, would care about American competitiveness on the global stage -- a concept that has no ideological bias. Republicans should take note, then, that as the rest of the world invests heavily in clean-energy technology -- and we don't -- our trade deficit worsens, and jobs and industries that could grow here, have no choice but to go elsewhere. I wish someone would explain to me in simple terms why conservatives are so consistently opposed to alternative energy research, which seems to me to be right up their alley in terms of American competitiveness, independence and technical leadership.

The Jefferson Bible — This came up in family table talk at my parents' anniversary lunch yesterday. I wonder how this squares with the Right's glorious vision of the Founders and their original intent? Also, I don't suppose Jefferson's Bible is any different in principle from The Conservative Bible Project. Biblical inerrancy, where is thy sting? (And yes, godless, liberal-progressive me did just link to Conservapedia.)

Saul Alinsky's comes to the Tea Party — Roger Ebert with a brief squib on Saul Alinsky. I will note that without reference to any particular ideological frame that his rules for radicals are a blueprint for someone who either doesn't have meaningful principles to defend or lacks the ability to defend the principles they do have on the merits. 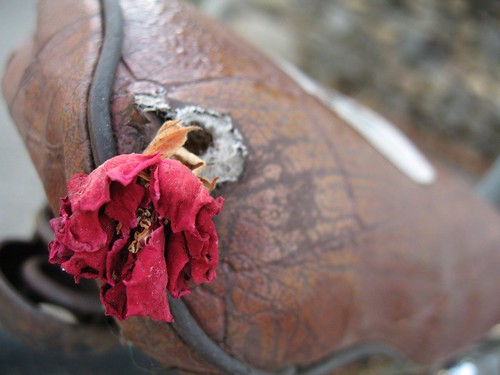 Yesterday I was proud of a number of people in my life. All in one day:

the_child played keyboard in her school's jazz band for the high school graduation.

shelly_rae rode in her first bicycle event since her wreck last summer, and finished without throwing up.

calendula_witch read her fiction in public without being overwhelmed by stage fright.

I am surrounded by awesomeness.

Another one for the dream log. This was actually Friday night/Saturday morning, but yesterday was so utterly crazed that I never got around to writing it out. I remember it now mostly because I spent some time describing it to my sister in conversation.

I'm in a small town, deep in the American west. It's completely deserted, and rather trashed, as if a small horde of looters had passed through briefly on their way to somewhere more interesting and hadn't bothered to settle in for any serious arson or destruction of property.

I know some rules about this world in my dream, as if I'd been there a while. For example, you can secure a building against zombies but it requires a fair amount of quasi-magical ritual to Seal each exit and window. This means if you screw up and open a door, simply closing and relocking it isn't enough. You have to ritually re-Seal it. In the dream, I'm a visitor, a refugee, and I don't know which rituals work in this place. This means anything I touch I can screw up, leaving the way open for screaming, mindless death.

Another rule I know is that the only places of safety are defended smaller towns — big enough to hide behind walls, small enough to be able to tell when something's gotten behind your walls with you. You don't want to defend Manhattan or even Peoria, you want to defend Radiator Springs. In order to get from place to place, you have to move very fast, so there's an irregular economy of people driving old hot rods at insane speeds along the remains of the Interstates. Towns on windy two-lane blacktops are toast, and have been abandoned, leaving a very limited collection of safe spots strung like flawed pearls on the concrete strings of American highways.

I'm in this place to meet someone who will take me somewhere else safer, more populous, on whatever undefined dream quest I am pursuing. But my contact is missing, their fortified ranch house quiet, innocent of even cats or roaches. I wander around the house, calling for them, forget myself and open the Sealed door to the garage. It's a potentially fatal mistake, one I cannot repair. I am clumsy in this special, quasi-magical way, breaching Seals and finding only dust, not even bloody skeleton bones.

I am alone, my ride is not coming, and I have opened all the gates of my last refuge.

Weirdly, this being one of my dreams, the entire time I have a soundtrack of generically dippy pop music, sort of like listening to Alanis Morissette while butchering hogs. That is somehow the most threatening of all.

Yesterday was good but exhausting. I vastly overreached myself in celebration of my parents' anniversary. That is to say, my sister drove me thirty minutes across town, we spent two hours in a very nice restaurant, drove another thirty minutes across town with my brother in the car, spent two hours at my parents' apartment with the whole family, then she drove me home. All in all, I was out of my house close to five hours, which excepting for trips to the infusion center is the longest I've been out of my house since March, I think.

Thank Ghu and all Her Scaly Minionettes that I wasn't suffering from anything worse than usual chemo nonsense yesterday. Perhaps my oversleeping yesterday morning actually helped, I don't know. I was home before 4, sprawled in my chair until I started to fall asleep around 7:30, then crawled into bed. It was a good use of my time, I'm not sorry we did it, but wow did the day get blown away in fatigue and distraction.

Staying home and laying low today. I have a big pile of signature sheets to do, starting very shortly, and that's about it. Will rewatch the Lord of the Rings extended edition while signing, and after. I believe

tillyjane is coming by later for a spot of light housekeeping and to check on me. Otherwise I expect blessed stillness.

Fred has apparently come back. After posting this morning's dream log [ jlake.com | LiveJournal ], I went about my lawful occasions of sortilege, demurrage and deruncination — as one one usually does on Sunday mornings at home. I also signed about seven billion sig sheets for Subterranean Press, destined for my upcoming collection The Sky That Wraps.

Somewhere in the midst of all that, Fred presented me with the full blown world-building behind my dream, including the basic mechanism of zombification, how and why the Seals work, and who it is that is leading the struggle of the living against the dead. And they're pretty novel, certainly new to me; though like most ideas, I'm sure someone somewhere has done them before. I don't have a plot yet, but if I weren't deep in the somnolent seas of chemo, that would be enough for me to knock out a handy little zombie novella today.

Ok, chemo isn't over, but I am waking up. Maybe I'll write a zombie story next month.

I actually toddled outside into the yard of Nuevo Rancho Lake today, for a few minutes in the warm sunlight. Here is some of what I saw there in Mother of the Child's garden. 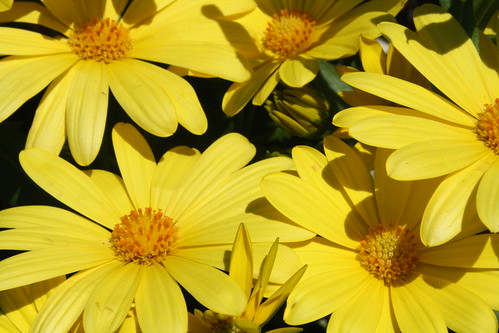 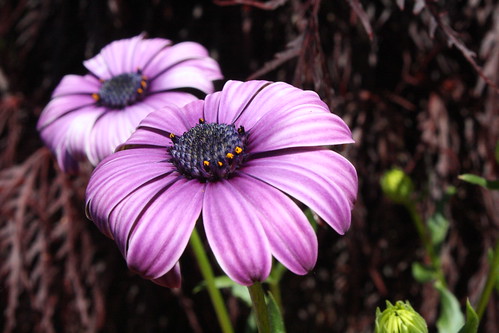 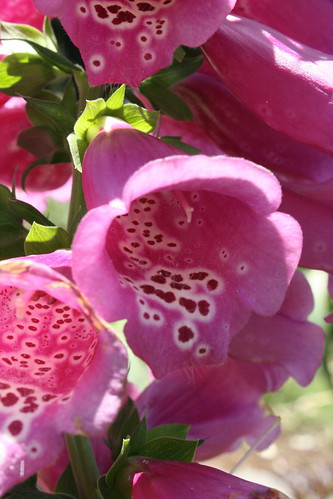 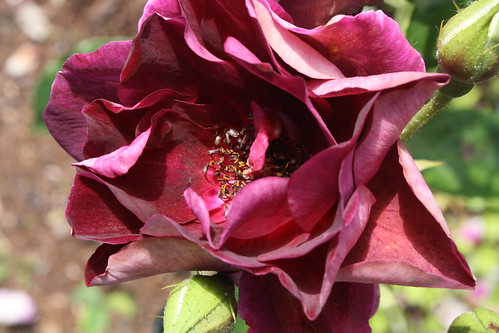 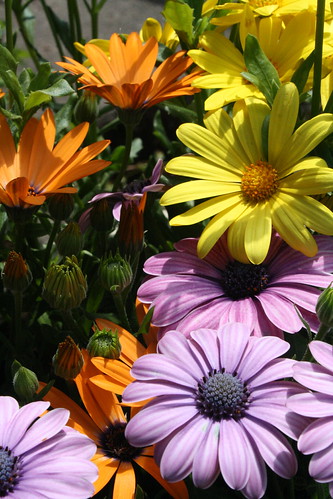 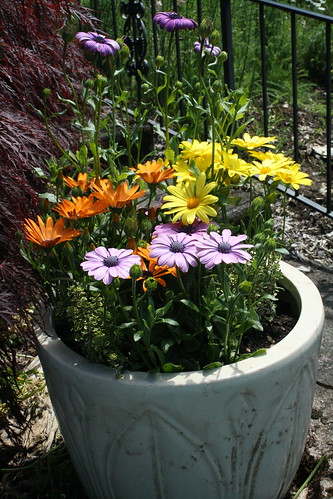