Mainstream Stories and a Metaphorical Science Fiction/Fantasy Dichotomy — Mike Brotherton is being his usually interesting, slightly cranky self.

Hooked on Gadgets, and Paying a Mental Price — What? (Via Year of the Word.)

The world's only immortal animal — Because they are able to bypass death, the number of individuals is spiking. They're now found in oceans around the globe rather than just in their native Caribbean waters. So kind of like Club Med?

Old Livers Made New Again — Unhealthy organs provide a framework for growing replacement ones. Note this is current research, not current medicine.

The Civil War As Revenge Of The Nerds — Ta-Nehisis Coates on racism, identity and politics both old and contemporary. This is why I read him — he is an amazing writer and thinker at so many levels.

The President’s Moment — NYT criticizes Obama's leadership. I agree with them. I think I understand (though do not share) his centrist instincts, but there are times to step up the bully pulpit.

No 'truce' in sight — [Indiana] Gov. Mitch Daniels' remarks about social issues set off firestorm. Interesting. A conservative leader admits that harping on a rigid view of social causes held by a shrinking minority of Americans is counterproductive. The reaction is predictable, but in some cases bizarre, such as linking abortion rights to the deficit.

?otD: Is there no love inside the ice house? 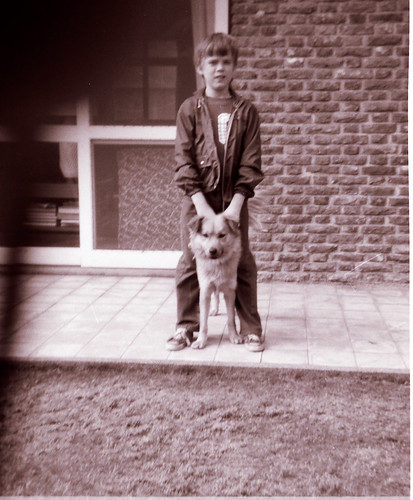 I only had three ambitions yesterday. To get a big pile of sig sheets done, to watch the extended edition DVDs of The Two Towers and Return of the King, and to have a quiet, relaxing day.

Well, at least I got the sig sheets done.

Otherwise my day was filled with visitors, phone calls, parenting, lower GI follies and eventually, after about the 70th demand on my attention a rising and rather nasty sense of grumpiness on my part. Like Marlene Dietrich Greta Garbo [ETA: Ah, cultural literacy on chemo brain], all I really wanted was to be left alone. The world, and the people who love me, had other ideas.

Normally I roll with that stuff just fine. I like people in general, and I love the people I love. But for some reason yesterday that switch was out for repairs. I was well rested, so it wasn't even simple fatigue making me grumpy. I've had various emotional crashes on chemo, but they tend to run to withdrawal or bursting into tears. I don't usually get prickly and cranky and mad.

I experienced a major insight this weekend.

As I said recently in another context, "Any cause that requires mockery and abuse to advance itself isn't one I need to engage with, regardless of my basic beliefs or agreement with the underlying goals." I have too much respect for myself and others to bend before such pressure.

Here's where the insight comes in. I listened to my own words. As much as I resist being hectored, I realized this weekend that my approach for years to conservative causes has been in part through a similar hectoring, mockery and abuse of their positions. I have failed in my respect for people I disagree with, who if they are bothering to pay attention to me, doubtless resist my approach as much as I have resisted being treated that way myself. Nothing closes even receptive minds faster than harassment for their viewpoint.

To expand on what I said above, anyone who feels compelled to assert their cause through mockery and harassment instead of engaging on the merits of their position either has a weak position or a weak understanding of their position. Any strength or virtue they may possess is eradicated by their choice of vitriol over persuasion. That description applies just as much to my often-aggressive explication of my liberal-progressive political stances as it does to the usual Internet slapfights. (Admittedly, I generally omit the ad hominem attacks and abusive obscenity so beloved of Internet "debates", but the principle is certainly the same.)

If I want to be listened to by anyone other than those who already strongly agree with me, I need to find ways to temper my rhetoric. Otherwise I'm just stroking myself. When I'm the one being addressed, I find that I significantly prefer engagement to attempts at humiliation. My own experience has shown me how flawed my approach can be to addressing others I disagree with, and how much I owe those others precisely the same courtesy that has been so notably absent with respect to me.

Such a strange, humbling way to learn a lesson. Given the high priority I place on both kindness and engagement, it's quite surprising to see how wrong I've been. Not about my beliefs, but about my tactics.

As for my conservative friends, I won't stop tilting at you as strongly as I can, but please accept my apologies for attacking you over and over. It's not supposed to be personal. I hope that I'll find much better ways to speak across the divides than what I've been lately been shown about myself.

I was asked for my opinions on some text messaging dialog in a story, because the writer didn't personally use SMS and wasn't sure about the details. As it happens, I do a lot of work with commercial text messaging at the Day Jobbe, so I rather over-answered the question. I've turned that answer into a blog post, intended for the reference of writers who may not be particularly familiar with texting or want some of the nuts and bolts.

(Surely there are one or two of you out there who don't text?)

If that was of interest to you and raises further questions, or you want a deeper dive into the technical and business side for some reason, as always please feel free to ask away in comments.