catsparx is on a mission to bring Peter Watts to AussieCon — Go check it out, and help if you can. Given how ill-served he was by America, I hope some of us Americans can help make it up to him a little tiny bit.

False documents — The Edge of the American West on E.L. Doctorow on the psychology of fiction.

Startup to Offer Patients a Genetic Profile of their Cancer — If this were commercially available, I'd be very interested.

750 Planetary Candidates from Kepler — The number of planet candidates here is actually greater than the number of all the planets that have been discovered in the last 15 years. We could conceivably double the list of known exoplanets with these 43 days of data alone. Article also discusses statistical approaches to identifying exoplanetary biospheres.

"Both unjustified and unjustifiable" — Making Light with a fantastic summary of events around the Saville Report in the UK, including the PM's response to it. This is how politicians should act.

They can pry the NRA's donor list from its cold, dead hands — Congress exempts the NRA from disclosure rules intended to improve political transparency. Seen much media play on this yet? As the article says: Thought experiment: If Democrats wrote this bill and created an exemption that only applied to the AFL-CIO, how would that play in the media? And why would it be substantively any different? Remember this the next time you worry about how liberal the media is.

?otD: Is there a bustle in your hedgerow? Are you alarmed now? Do you even have a hedgerow? 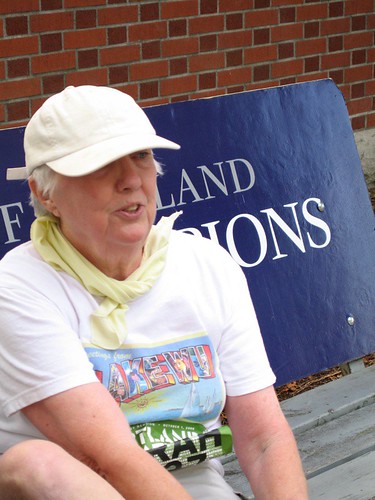 Slept fitfully but ok. Oddly, I've been feeling a bit more rested just lately, as if my sleep needs have dropped off a tad. Looking at my hours slept, this might even be true, for some tenuous and short-term value of "true".

Dreamt about politics last night. Had a long talk with President Obama while he was going through some old childhood belongings of his in a small apartment somewhere. Kept telling him he needed to use his charisma and rhetorical strength to lead this country rather than manage it. He thanked me politely for my input, then sent me off to a grade school talent show hosted by Vice President Biden.

Such a rich, full life I live while I'm asleep. I wonder if Lorazepam is affecting my dreams.

It occurred to me this morning when I woke up that I was almost done taking Dexamethasone, which is quite possibly the key culprit in my chemotherapy induced cognitive deficits.

My relationship with pharmaceuticals has become most intimate in the past few years. The little prescription sheet printout they make me check over at the doctor's office has grown to two full pages. This includes OTCs (fish oil, Vitamins D and E, multivitamin, microdose aspirin, Tylenol as needed); the complex cocktail of the chemotherapy regime (Avastin, leucovorin, oxaliplatin, 5FU, calcium, magnesium, Heparin, Dexamethasone, two other oral steroids I can't remember the name of but I call them "Lucky Charms", and probably one or two more infusions I've forgotten); not to mention good old Lovastatin and Viagra. Plus whatever else I forget as I blog this morning.

Sometimes it occurs to me to wonder when the hell this all happened to me. I still remember the days when I'd take an aspirin once every month or two for something or other, and that's about it.

Cancer, at least in its earlier stages, is silent. Except for the initial bleeding that first got me into this whole process back in April of 2008, I've never had a single symptom. (Mind you, the bleeding would have been fatal without medical intervention, so maybe I didn't need more than a single symptom.) The process of treating cancer is a series of increasingly damaging invasive insults to the body followed by a long program of poisons you wouldn't give to a lab rat for fear of excess cruelty. The cure really is worse than the disease, except for that bit where the disease generally kills you and the cure generally does not.

Once again, it's all in the details. Here's me, with a body full of toxins, dreaming about lecturing the president on his conduct of office. Cogito ego sum?

I've been trying to figure out why Sarah Palin annoys me so much. (This at least partially in response to a fair amount of polite prodding from

It's not her politics per se, though I don't agree with much of what she appears to stand for. If it were her politics, I would find virtually every Republican pol equally annoying, and clearly I don't. Well, okay, let's be honest: I do find virtually every Republican pol annoying, but not in the same special way Palin annoys me. Being mad about politics is like shouting at the neighborhood kids to get off your lawn — it's a club sport once you reach a certain point in life. The usual "I voted against it in Congress and came home to take credit for it anyway" hypocrisy is life in the political minority in our system. Et cetera.

It's not the history of unresolved corruption and abuse of power issues in Alaska that got largely buried once she hit the national stage because, well, that's par for the course on both sides of the aisle. Look at the current Democratic efforts to undermine the House Ethics Committee in order to head off various investigations. And no, I don't mean that all politicians are corrupt, or even most/many of them. Just that the temptations are strong and the rules are complex and even otherwise good people will see gray areas. Otherwise not-so-good people will exploit those gray areas mercilessly. There's all kinds in office, just like everywhere else in life.

What I've finally come down on is that like Ronald Reagan and George W. Bush, when Sarah Palin is off-script and speaking from the hip, she doesn't make any sense. Reagan never did make sense if you listened to his words rather than his tone and delivery. Bush didn't even have tone and delivery, all he had was the family name and the GOP in lockstep behind him under Reagan's Eleventh Commandment.

Contrast with, say, George H.W. Bush, with whom I have political disagreements just as vast, but at least he seemed to know what he was doing, understand both history and current events, and despite his occasionally fractured diction, have a grasp of what he stood for and the ability to articulate it. Or Newt Gingrich, whom I suspect of being ferociously intelligent, albeit by my lights misguided to a point bordering on evil. (Ie, the GOPAC memos, etc.)

I am sure there are babbling Democrats, but I haven't seen them in any real danger of holding high office lately. All three of the 2008 Democratic front runners — Clinton, Edwards, Obama — were almost frighteningly sharp people. And like Jon Stewart, I want a president who's smarter than me. Just like I want a cancer surgeon with steadier hands than me, and an airline pilot with better reflexes than me, and so on.

So is my reaction to Palin class-based? I don't think so, because I had the same reaction to Reagan, and there was nothing populist or blue collar about him (or Bush 43), despite occasional rhetoric to the contrary. A similar bit of self-analysis applies to wondering whether my reaction to Palin is gender-based.

Or am I exposing a linguistic prejudice regarding speech register and articulation? Maybe, because what I'm essentially reacting to is an inability to communicate ideas clearly. On the other hand, isn't one of the key components of leadership precisely that ability?

Or am I seeing linguistic expression as a proxy for intelligence, and reacting along those lines? Which would be an ugly prejudice if true, though again, I do think it is quite defensible to prefer a sharp mind in the White House.

More to think about. But she does spark the same annoyed contempt in me Reagan and Bush 43 always did, and for that matter, Dan Quayle. Hmm. More to consider.
Collapse