A rather nice review of Mainspring From Alex J. Kane.

My single-title novella "The Baby Killers" is up for pre-order — With a nice write-up.

My short story "The Dead Man's Child" is up at Cosmos

Podcast of my widely-reprinted short story "On the Human Plan"

Fifty Years of Romance and Research or a Jungle-Wallah at Large — My new favorite book title. Snurched from Tetrapod Zoology, with the following description: Two of the seals died and Hose performed dissections on them while still in the carriage, "flinging the more perishable parts out of the train window, to the consternation of fellow passengers".

Star Trails and Tajinastes — Quite an image from APOD.

Genetic Programming: Evolution of Mona Lisa — Ok, this is darned cool. (Thanks to

The Ten Most Disturbing Scientific Discoveries — Honestly, they could have dug a little deeper ‐ teratoma, anyone? — but still an interesting article. (Via @inkhaven.)

Republicans Side With BP — The party of personal responsibility seems to think that corporations, while persons, aren't personally responsible for anything. Mmm yes. (Via a guest post at the blog of Ta-Nehisi Coates.)

No Price to Pay for Torture — NYT on the Obama administrations ongoing defense and coverup of the Bush administration's torture policies. Ths makes me sick. I voted for Obama because I wanted someone better than Bush in the White House. It wouldn't take much to be Bush's intellectual or moral superior, but in this matter (amomg others) Obama is failing at that simplest of tasks. I am angry and disappointed in our president.

?otD: What is your favorite whiter shade of pale? 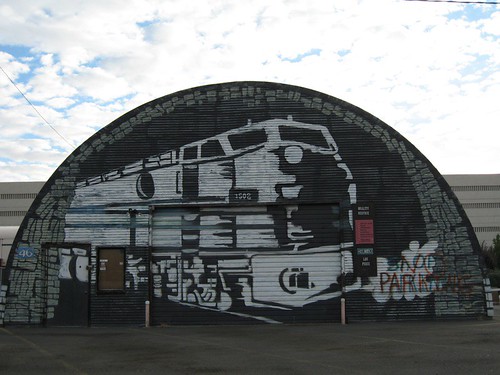 This morning is the last time I go in for my chemo infusion. Session twelve of twelve. We're bringing cake for the staff (made by

the_child and the Niece, with help from their grandmother), a card, two copies of The Specific Gravity of Grief, one for my oncologist and one for the infusion center's reading library.

Emotional log jam inside my chemo-addled brain. I'll have intelligent things to say about this later.

Back. Bleah. Details tomorrow, or later today, if I perk up.