A review of Chtulhu's Reign — Including a brief, positive reference to my piece, "Such Bright and Risen Madness in Our Names."

Anonymous Doc on modern death — I feel like in the media, death-before-modern-medicine is romanticized, as if everyone died in his sleep, as if everyone had a peaceful and wonderful death back when we didn't have medicine. You know what? They didn't. People suffered. And in a lot of cases, they probably suffered much more than today.

It's Complicated: David Souter finally tells Americans to grow up. — It saddens me to think that it took Justice Souter 19 years of heavy constitutional lifting and departure from the court before he could turn to the American people and explain clearly that much as we might want judging to be easy, it never can be. Constitutional originalism is like Biblical inerrancy. It must very comforting to avoid nuance in favor of strict absolutism.

Jon Stewart on Obama and executive authority — Really, Mr. President, we elected you to be better than the other guys. "Hope and change" doesn't mean more of the same. Otherwise we may as well have President Palin and resign ourselves to the inevitable decline of American power, influence and economic strength under the same increasingly ideological, incompetent conservative misrule we've seen since Reagan.

Obama: Republicans blocking progress in Congress — President Barack Obama accused Republicans on Saturday of blocking bills that would boost the nation's economic recovery and lift a $75 million cap on what oil companies must pay to families and small businesses affected by an oil spill. Is it an accusation when it's true?

With No Gulf Solution in Sight, Louisiana Turns to Prayer — This is roughly the same group of people who don't believe the government should regulate the oil industry. God is in a better position to do so?

First draft of history — An excellent chronicle by Sean Flynn in the July GQ of the events on and around the Deepwater Horizon just before and just after the explosion. From The Edge of the American West.

What Shakedown — Conservative commentator Daniel Larison on the BP "shakedown".

?otD: When do the mouse police ever sleep? 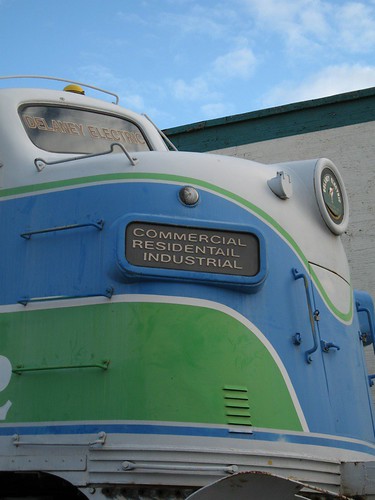 Author Shanna Germaine talks about her personal cliches in writing. It's kind of a funny list. She covers both things she returns to a lot, and things which are absent in her writing. After eight novels and close to three hundred short stories, I'm not sure much of anything is absent from my writing, but I certainly do return to a lot of things. In no particular order, and off the top of my head, here are some of my tropes:


What do you find in your work, over and over?

Snurched from Shanna Germain at Year of the Word.

We met with the oncologist prior to the twelfth infusion session, as we do. ( Collapse )

So, basically, good news tinged with some fear and worry. And I know from statistics. Cancer is all about statistics — as a doctor friend who has much the same cancer history I do said, "Oncology is voodoo medicine." It's guesswork, statistics and idiosyncratic response. We'll only know we didn't succeed if we lose. I feel a bit like I have a shotgun duct-taped to my forehead, to misquote William Gibson. But that's life, and I have to run with it.

To anyone who is a dad, has a dad, or dreams of being a dad. I love being 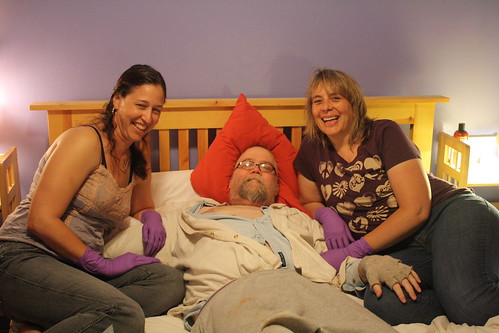 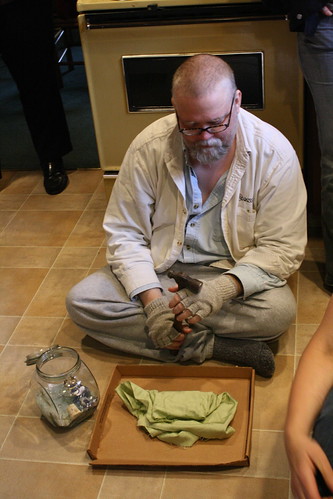 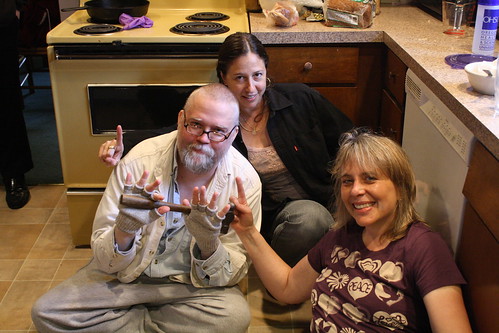 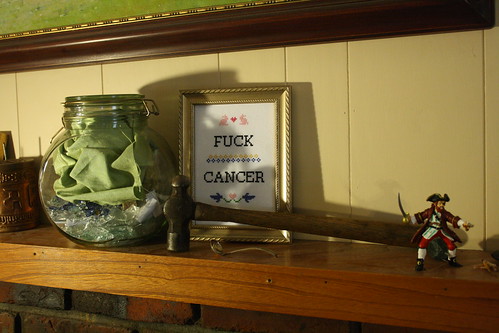 Look, ma, no bottles! A pirate abides, though. 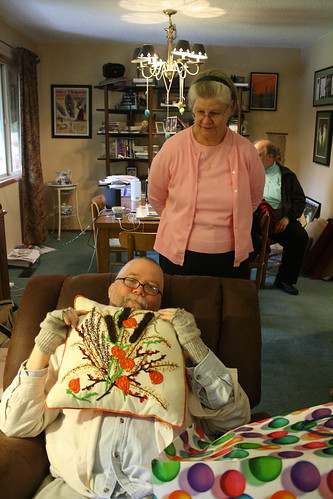 My (step)mother brought me a gift, her project from surgery through chemo. 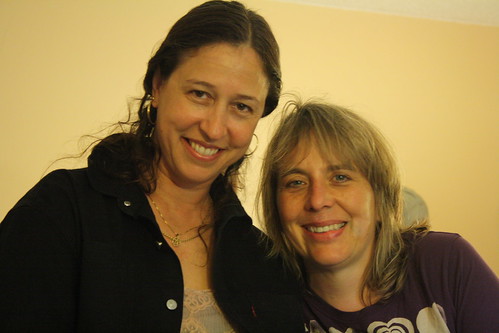 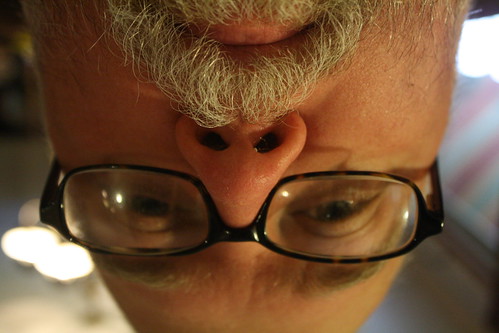 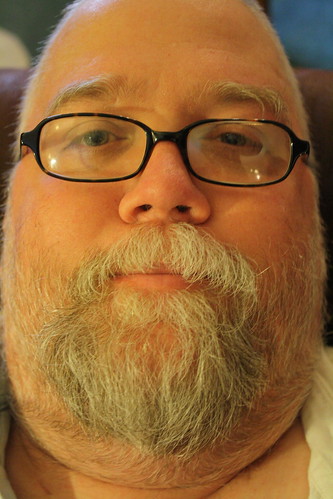 Me and me, immediately post-unhooking.