A brief reader review of my story "The Dead Man's Child" — With an interesting set of remarks at the end.

Marty Halpern with more info on the Fermi paradox-themed anthology, Is Anybody Out There? — Check it out.

The Writer Who Couldn't Read

If Men Could Menstruate — A classic reprint from Gloria Steinem. (Via

The 10 Most Important Things They Didn't Teach You In School

Targeting mammalian target of rapamycin (mTOR) for health and diseases — Some serious anti-aging science. (Via

Are Your Friends Making You Fat? — The role of social circles in behavioral adaptations. Some thinking in here that reflects my observation that cancer is a social disease. Gives me a lot to consider about social networks, too. FYI, headline is very misleading, the article is about much more than implied. (Thanks to

'Party of Parasites' author took $1M in farm subsidies — Ah, that famed intellectual consistency of the conservative movement. Somebody please explain to me why it's welfare when somebody else gets the money, but a vital government program when a conservative gets the money?

Lessons of Petraeus’ Iraq for Petraeus’ Afghanistan — It is frequently asserted that Gen. Petraeus "succeeded" in Iraq via a troop escalation or "surge" of 30,000 extra US troops that he dedicated to counter-insurgency purposes in al-Anbar and Baghdad Provinces. [...] But it would be a huge mistake to see Iraq either as a success story or as stable. See also Daniel Larison's remarks, which I think I largely agree with.

Scrivener's Error with interesting squibs on McChrystal (and the military-civilian interface in general) as well as a Supreme Court ruling on the right to privacy of anti-gay bigots to have their petition signatures hidden — Because you know, it's so dangerous to be straight and homophobic in America, what with all the violent gay mobs out bashing straights, and special legal rights for homosexuals and stuff. How's a Real American supposed to stand up to "San Francisco values" if they can't conceal their identity? 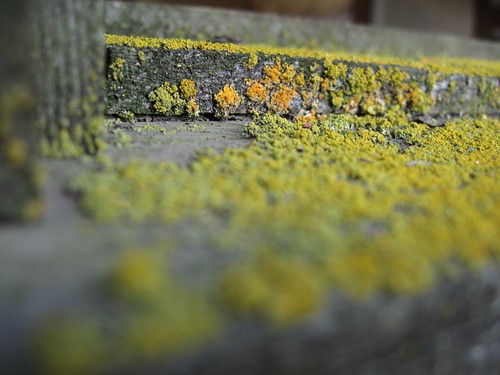 This week has been pretty hellish at a physical layer. Unsurprising, since it's the post-processing of my twelfth chemo session. Fatigue has been horrendous. ( Collapse )

All of which amounts to an enormous degree of discomfort, some significant social indignity, and a general sense of physical misery which folds right into the horrendous fatigue.

I said last night to

calendula_witch that my tolerance for this process was finally eroding. The look on her face was priceless as she sought a tactful way to say, "Tolerance? What tolerance? You've fought it every step of the way!" Except I think in her mind she was using shorter, more forceful words. Good thing she loves me so much.

This week should be the bottom. If I can get the GI in line and stay rested, I figure on being flat next week with some noticeable uptick by the time of JayCon, then increasing improvements. Excepting the peripheral neuropathy, I'll be fine, if still a bit fatigued, by September. And every day, life will go on.

I can see the light, and by damn, I'm going into it.

Apropos of nothing in particular, I was thinking of the "idiots and assholes" theory of driving while I was on my exercise bike this morning. (Yes, even cancer patients need their exercise.) That's the idea that whatever speed you're driving at is the one you think is right; anyone driving slower, and therefore in your way, is an idiot; anyone driving faster, and therefore tailgating you or blowing by you, is an asshole.

Mind you, this is not a theory I consciously subscribe to any more, nor have I for years, but I suspect it lurks in there somewhere. This is very much a part of human nature, sort of like the same guy who will cut you off hard on the street outside the bank will hold the door to let you in when he sees you as a human being and not as an idiot/asshole automobile in his way. This analogy has a lot of implications in Internet debates where anonymity is used as an accountability-free platform for all manner of viciousness, but that's a topic for another time.

The thing is, if you drive a distinctive car, as I have off and on over the years, and as

calendula_witch does now, you can't be an idiot or an asshole, because people will recognize and remember you. In a very small and sort of strange sense, you have a brand.

Writers are the same way. With the recent releases of Pinion and The Specific Gravity of Grief, I've published about a million words of fiction over the past ten years. I haven't done the math, but I'd guess I'm somewhere between one-and-a-half and two million words of blogging in the same time frame. Every last word of it, with a few very rare exceptions, under my own name. The name you'll hear in the convention bar or in line at the bank.

Am I an idiot? On occasion. Am I an asshole? Also on occasion, though hopefully as rarely as possible. Certainly if you want to prove either thesis, all you have to do is even lightly touch the corpus of my work, and you could prove literally anything about me from written evidence. Strip off the sarcasm in some of my blog posts, and you could prove in my own words that I am a hardcore neoconservative. Strip off the humanism in some of my fiction, and you could prove in my own words that I a cast iron bastard who believes people deserve exactly what they get in life. Neither could be further from the real, nuanced truth of me, but, hey, there I am. With the tiniest bit of cherry picking and a little bit of interpretive gloss, you could just as easily prove I'm a Christian, a Communist, an activist, a reactionary: pretty much anything you wanted to. My brand is backed by a little bit of everything.

And that's one of the risks of being a writer, of being a public person. You do have a brand. Your words speak for you. People will interpret those words how they will, with whatever needs they bring to the text in the moment. As I've often said, "the story belongs to the reader." Maybe a more accurate statement is "the words belong to the reader."

This is not a career for the faint of heart. Unless you're very good at either engaging with people or at ignoring them.
Collapse