Street-Fighting Mathematics : The Art of Educated Guessing and Opportunistic Problem Solving — I think I want to read this book. Once I can read new stuff again. Soon! (Via Freakonomics.)

There are some things Mankind was not meant to comprehend — World's best headline? (Via

Bionic feet for amputee cat — The future arrived when we weren't watching. (Thanks to

Nanotubes Give Batteries a Jolt — Lithium-ion batteries with nanotube electrodes could go longer between charges. One of the things I have always found fascinating about batteries is that, at least until rather recently, how little fundamental technology has changed in the past century. Easily stored, high capacity transportable power with lengthy shelf and service life and minimal heat transfer would revolutionize global society as much as the microchip.

Numerous Nearby Brown Dwarfs? — More fun with brown dwarfs. What missing mass? (Which reminds me, I owe Paul Gilster a package.)

Al Gore and the press, ca. 2000 — A little bit of history for those of you obsessed with the liberal media. That meme has never been fact-based, but it's one of the most successful pieces of Republican propaganda in my lifetime.

ACORN Totally Vindicated of All Wrongdoing — A preliminary probe by the U.S. GAO has found no evidence of mishandling the $40 million in federal money ACORN and affiliates received in recent years. Another win for the GOP: deliberately fraudulent conservative hit video sparks political mobbing supported fully by Your Liberal Media to shut down a group working for fair housing and voter registration for the poor. Accusations now proven to be 100% fact-free. Also, this just in: sun rises in east.

?otD: What's the first thing you remember in this life? 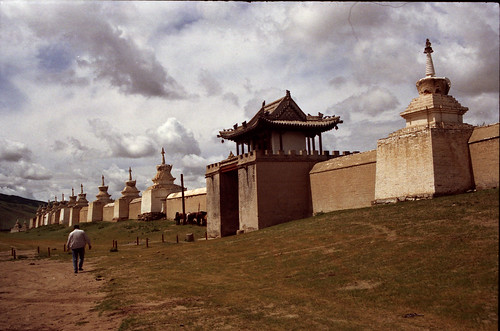 Yesterday wasn't such a bad day, except for the usual fatigue and lower GI issues. H came by for a while and advised

the_child as she baked a cake in the new stove. However, I was up a bit later than normal, after which I then spent several hours either lying in bed wishing I was in the bathroom, or in the bathroom wishing I was lying in bed. Also, some industrial machinery from the commercial zone about 1/4 mile south of here was being operated all night with a bad bearing or something, so a continual whine was audible in the house. As a result, I am extremely short on sleep today and feeling deeply lousy.

Going to be very light in my online presence today and probably all weekend, so as to avoid saying Stupid Stuff from being grumpy-tired.

I love orphaned words. (Not sure what the technical term for this is, chemo brain can't pull it up.) English is full of them, once you start looking around. Two that leap to mind are "condign" and "ulterior".

Not much besides punishment can be condign. Ever heard of a condign ham sandwich? Likewise, one can have an ulterior motive, but rarely sees an ulterior diagnosis. There are some limited uses for both words, and of course one can always ironically force a word for stylistic reasons, but mostly these words appear in one and only one place.

What are your favorite examples of this?

the_child, who is making good use of the iPad 3G. ETA: She is using the 'Brushes' app. 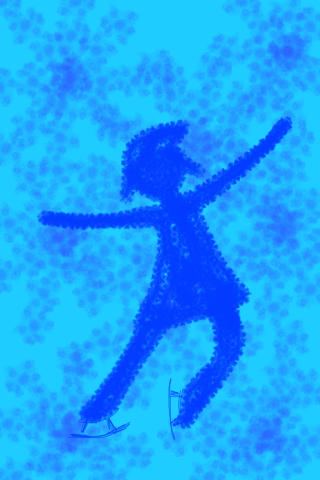 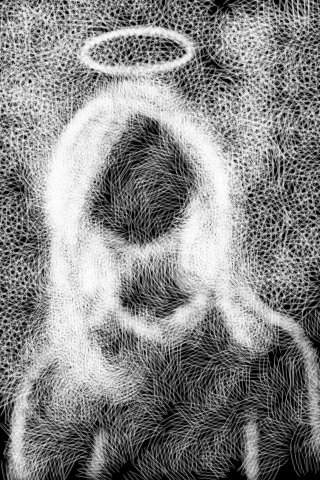 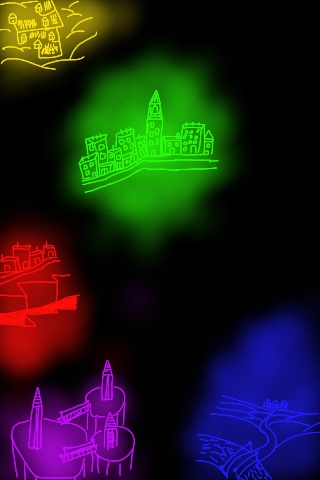 The Land of the World

Mark your calendars now. In celebration of my natal anniversary, JayCon X, my 10th annual 37th birthday party, will be Saturday, July 3rd, from 2 to 5 pm at the Flying Pie in SE Portland. (That's one week from today.) Come help me celebrate both my birthday and my successful completion of six months of chemotherapy in late June. If you can read this, you're invited. Prior JayCon experience not required.

We're partying because I was born, and because I will have beat cancer. Again.

As is traditional for JayCon, Paul Carpentier is specifically not invited.