criada reacts to The Specific Gravity of Grief — I was very touched by this one.

A reader reacts to Green — They really, really didn't like it. My favorite part of the review: I should have bought an IT book or something. Best book diss EVAR.

Some thoughts on uniformity — Paul Jessup on story telling.

Engendering Utopia: From Amazons to Androgyny — A reprint of an old IROSF article by

Okay, kids, play on my lawn — Roger Ebert on video games as art (again), with reference to Shakespeare and Clive Barker.

Science Historian Cracks the 'Plato Code' — This is cool. (Thanks to

Get Fuzzy on kosher dolphins

The fanciful vehicular concept art of 1930s Japan — Very cool stuff from io9.com. The future that never was ours.

The First Photo of a Planet Outside Our Solar System — Wow. More from Centauri Dreams.

More on Research 2000 — Daily Kos on the invalidity of their own polling. This is a serious problem with process, accountability and accuracy. Probably not so much with underlying trending, as this piece points out. For example, Harris says: 45 percent of Republicans (25 percent overall) agree with the Birthers in their belief that Obama was "not born in the United States and so is not eligible to be president" (Thanks to

Montana GOP seeks to 'keep homosexual acts illegal.' — As has the Texas GOP. This is keeping government out of private life, which was all the rage for conservatives during the HCR debate? Tell me again how the conservative movement isn't grounded in bigotry.

?otD: Are you on the road to nowhere? 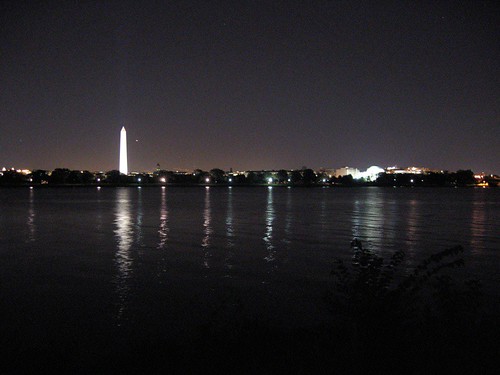 calendula_witch explains it well. Still exhausted, still challenged at a lot of levels, but better.

Yesterday I tweeted a link to a very negative review of Green. (That link is in this morning's Link Salad as well.) The review closes with my favorite book diss I've ever seen applied to anyone's work. I mean, it's a freaking brilliant combination of disgusted ennui and visceral dislike for a book, distilled into an amazingly simple phrase.

Louise Marley responded via Facebook with You're braver than I, Jay. I shove negative reviews under the rug, where no one can ever find them. And I know a number of very smart writers, thinking specifically of Dean Wesley Smith at the moment, who strongly advise that one never reads reviews.

Louise and Dean are right. But I'm weird. Because bad reviews don't bother me at all. In some ways, I enjoy them more than good reviews.

In part, this is because any review, especially from a reader (as opposed to a formal review outlet like Publishers Weekly or Locus) means that someone cared enough personally about the book to talk about it public. Even if they come to bury the book, not to praise it.

More to the point, reviewers that are unhappy with a book often tell me more about what I did in the book than happy reviewers. Not that I haven't received some brilliant, incisive praise in my day, and been deeply grateful for it. But when someone complains about specifics (such as this reviewer complaining with useful detail about the fight scenes in Green) that tells me that I had a failure of research, imagination or narrative control. Or possibly all three. At least with respect to that reader. The next time I write a fight scene, I will have more to consider.

But even when a reviewer just says, "Nope, not for me, didn't like it at all", that's ok with me. Because I believe right down to the bedrock of my writer's soul that the story belongs to the reader. It doesn't matter what I intended, or thought I executed on the page, or what any other readers thought. If a reviewer (or any reader) doesn't like the book (or story), that's their experience of it, and they cannot be wrong. It's their experience.

The only partial exception to any of this rubric is reviews where the reviewer missed text on the page somehow, and drew conclusions from that. Which I can't do anything about either, and don't get bent out of shape about, but is frustrating, because I'd much rather be dissed for something I wrote than something a reader thought I wrote but didn't. (That's a general life rule for me.) It doesn't come up often, and certainly isn't the case with the review linked above.

I suppose I'm missing a piece in my head that almost all writers seem to have, the piece that cringes at criticism in reviews. Maybe that's because I began my professional career in advertising, where your ego is ground down with a sandblaster very early on. Or maybe all those years of writing, critiquing and rejection before I ever got published wore it away. Or maybe I'm just an attention whore who likes to see my name mentioned under any circumstances so long as they spell it right. I don't know. I do know that I find reviews entertaining, and bad reviews especially entertaining.

And no, that's not a challenge to you wits out there.

How do you look at reviews? Do they inspire or discourage you? Do you even read them?
Collapse