The 15 Most Overrated Contemporary American Writers — I wonder what this list would look like for our field? Now there's playing with fire.

Early Gangbanger Fiction — This is both funny and thought-provoking.

Free ice scraper with every colonoscopy — Umm... I am so about people getting 'scoped, but... um...

Anonymous Doc on the line between life and death

Portugal's Green Energy Revolution and the true Cost of Gas, Coal and Oil

On Mosques — A Christian meditates on the current conservative fixation with interfering with freedom of religion and restricting property rights. More principled consistency from the American Right! (Via

Myths and Facts about Gay Marriage — When opponents of same-sex marriage explain their views, the reasons vary from person to person, but a few of the same false beliefs crop up almost every time. Most of these are spread through misdirected emotional appeals, misinformation about our legal system, and a lack of basic knowledge about the venerable history of marriage. Notice how politely the site fails to mention bigoted fearmongering as a key source of these myths.

Gingrich Reconciles Cheating On His Wife While Harping On Family Values: "It Doesn't Matter What I Do" — Gingrich has himself admitted to continuing his illicit affair with Callista — 23 years his junior — while simultaneously prosecuting Clinton's adultery. Hypocrisy? In family values and Republican leadership!? Excuse me while I have the vapors. (And yes, AFAIK Clinton was being prosecuted for perjury, not adultery, but the PR and political optics being driven by Newt's GOP were all Lewinsky all the time.) 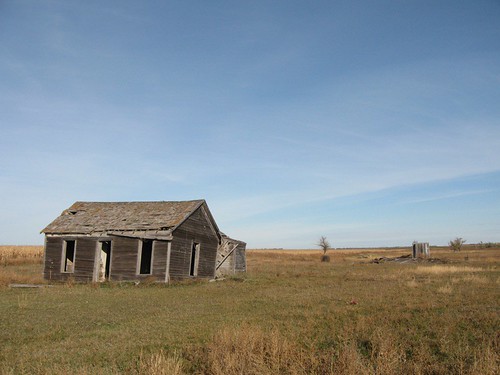 Last night I dreamt my own death. It wasn't literalized, was in fact highly metaphorical even for dreamspace, but I knew this for what it was. The situation involved top fuel dragsters, some of my co-workers from the Day Jobbe, and the cast from the recent Star Trek reboot, in character. Ultimately there was a botched beheading, and pale white blood.

I have got to get a handle on these emotional reactions to the apparent return of my cancer. (Now! Held over due to popular demand! SRO!) And I will, once we have some direction and a better sense of the treatment plan. But for the moment, the odd thoughts and disturbing dreams and emotional eddies are here.

Liver surgeon in a few hours. Then we'll know more.

calendula_witch and I met with the surgical oncologist today regarding the lesion in my liver. He had a very strong and reassuring chairside manner.

The surgeon expressed his sympathy for what I'm going through. He is quite clear on believing this lesion to be metastatic colon cancer of the liver, despite the ambiguous PET result. There are several other possibilities, but he finds them all low probability. The proof of course will be in the post-operative pathology report.

We talked about the possibility of a biopsy, but in this case he's strongly in favor of going straight to a resectioning. I agree with this completely. Whatever this thing is, I want it out of me. The plan is to take about 45% of my liver out -- the left half, more or less -- via laparoscopic surgery which will leave entry wounds in various decorative places about my abdomen, including in the existing scar from my colonic resectioning of 2008. I can expect the liver to regenerate to about 95% of its original size within four weeks of the operation. The surgeon says I will feel lousy and tired for about six weeks afterwards, even with the relatively minimal surgical wounds. I pointed out that having just gotten off chemo, I was no stranger to that.

Assuming the pathology report bears out the current opinions, I'll go back on chemo 4-6 weeks after surgery. This will be another six-month course of twelve biweeky infusions, this time FOLFIRI-Avastin. We did discuss the possibility of chemo prior to surgery, but he felt that was not indicated in my case as the lesion is singular and fairly accessible.

The main variable now is the New Zealand-Australia trip. After some discussion, we all agreed that if the lesion is fairly stable in size and presentation, the surgeon is comfortable postponing the surgery until after the trip. Currently it is scheduled for 9/16. However, he did order a CT scan which was done this afternoon, to check on possible growth of the lesion. If it shows evidence of continued development, we will cancel the trip and the currently scheduled surgery and instead have surgery as soon as OR time can be secured. I hope to know on Thursday or Friday which path we're taking.

One of his more revealing remarks was his comment that cancer treatment is a process of controlling the disease over the long term. He called it "eminently manageable", given my apparent tendency to present with one tumor at a time. I remain concerned about the apparent increase in aggressiveness as this journey continues, but we treat what's in front of us.

I'll know more by the end of the week, hopefully, with respect to dates and planning. For now, suffice to say it's falling out about as my medical oncologist said it would, and as I have been expecting.