A Continental Shift and Its Implications — "Polar Wander" is a new one for me. And interesting...

Robots as Art: The Serene Beauty of LumiBots

Britain Believes No Milk From Clones Was Sold — Wow. What a headline. Oh, the imagery... (And I have to ask, why is animal cloning considered "potentially dangerous and cruel"?)

More on Proposition 8 — (Thanks to

Insincere bigotry — Many of the conservative Baptists among whom I grew up believe that dancing is a sin. I have never heard any of them suggest that weddings are invalid if there is dancing at the reception. Nor did any of them argue that professional dancers ought to be relegated to second-class citizenship -- forbidden to marry, to adopt children, to serve openly in the military. They didn't argue such things because it wouldn't have made sense. The leap from "dancing is a sin" to "dancers are subhuman and should not have rights" is illogical and it's bad theology by their own standards. The belief in a religious prohibition against homosexuality can be exploited by demagogues to produce and nurture bigotry among those who are prone to bigotry, but that religious prohibition is not, in itself, the cause or the source of that bigotry.

The Unreasonableness of the Reasonable Arguments Against Gay Marriage — You can clothe it in all the rhetoric and theology you want, but opposition to gay marriage is still arrant bigotry at its heart. Where is the harm? In court, with months to prepare, the alleged harm created by gay marriage could not be demonstrated by opponents.

?otD: How many times have you been married? 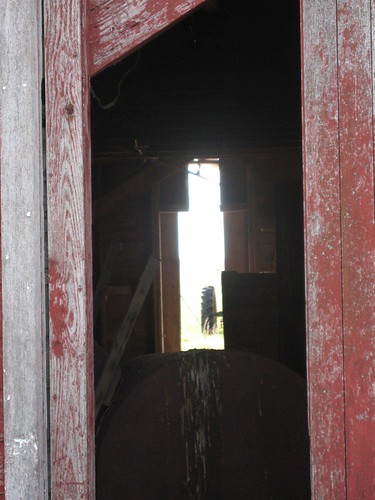 This seems to be a wrap on Endurance revisions. I need to do another read-through, which feels a tad intimidating at the moment, especially since I need it done by, oh, next Thursday. I'll get over that. Then off to

Now, on to the Kalimpura outline. Though maybe not right this very second.

calendula_witch and I are now focusing on upcoming trip logistics, since we're actually coming. Two questions have come up.

1) Is it possible to get cheap cell phones on short term plans when we get to Melbourne? We'd like to be able to call or text each other, and have numbers to make available to others. I did this when I went to China last year. Not sure about Australia's telecomm environment.

2) I've heard Australian customs is pretty aggressive about confiscating laptops with questionable material on them. As I have no idea what Australia defines as "questionable material", and given some of what I write a simple keyword search on my hard drive would turn up all sorts of stuff potentially requiring explanation to a suspicious mind, is it safe to bring my computer? I'm considering wiping it to default state as one option.