A reader reacts to Green — Definitely did not like it.

Cthulhu's Reign reviewed — Including my story "Such Bright and Risen Madness in Our Names".

Judge a Book by Its Cover — The proverbial blog... A Softer World weighs in.

The Art of the Exhale — Cancer, coping and horses. (Via

The Power Trip — Power corrupts. Absolute power is pretty nest. A piece on why nice people become sociopaths once they reach the top. (Via Scrivener's Error.)

Disgust As a Guide to Morality — Interesting. I don't agree with it all, and am especially troubled by this line: Though Haidt is a secular liberal, he cautions that you can't just say that moral judgments made by drawing on the other three areas -- Purity, Authority, and Loyalty -- are illegitimate, unless you're willing to privilege the point of view of secular Western liberals, and write off most of the human race.. Still, interesting.

Kilpatrickism — On the racist strain in American conservatism.

?otD: Where did you go? What did you do when you got there? 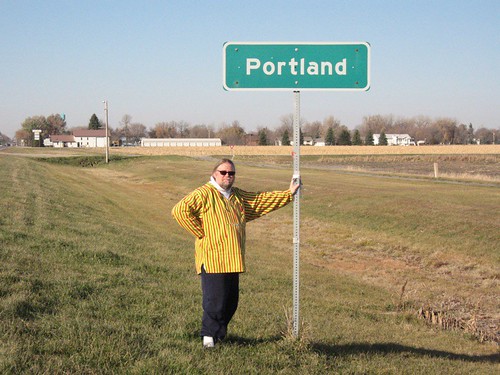 This work by Gary Emenitove is licensed under a Creative Commons Attribution-Noncommercial-Share Alike 3.0 United States License.

Some really moving answers to yesterday's question about what people have learned from the great trials of their life. Go read.

Slept very poorly last night here. Massive sleepfail. Not sure why, except that it happens occasionally. Perhaps I caught it from

Everything has been running behind the last few days, either that or cut short. Meetings at work have almost all run over. My trip to the dentist yesterday was delayed by a late start for my chair time, then it ran long. (Thank to chemo, I am rather behind on tooth cleaning. Wow was that unpleasant.)

I'm expecting a kind of slow, difficult day today due to the severe lack of sleep. A month or two ago this would have been devastating. Now it's mostly seriously annoying. We shall see. At any rate, not much wit or wisdom from me this morning.

Important safety tip from yesterday: If you've been off caffeine for a few years, don't have a chocolate-cappuccino shake with dinner. EVAR