Get Fuzzy on fiction as a foreign country — Hahahah.

The Republic of Spies — Abkhazia, one of the breakaway provinces over which Russia and Georgia fought in 2008, has been colonized by Russia’s state security services. And the locals are hardly thrilled.

Artificial meat? Food for thought by 2050 — It would solve some ethical problems, too.

Ten things I know about the mosque — Once again Roger Ebert is eloquent about conservative idiocy. His first point is far and away his best.

Top 10 Right-Wing Conspiracy Theories — The American radical right has to be considered a strong contender for the title of modern conspiracy champion. "Radical right" is being far too kind. This stuff is mainstream conservative fare, supported daily by prominent Republican politicians and media figures. 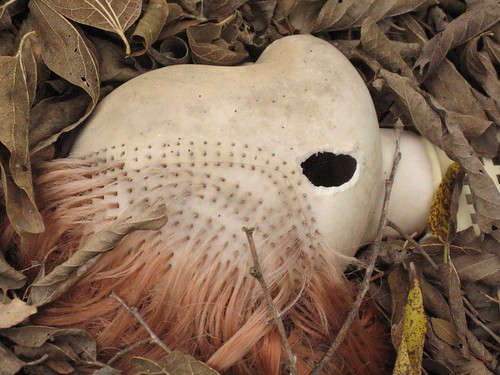 Despite the title on this post, I had a Banarama moment in the shower this morning. And let me tell you, nothing convinces one that one needs a shower like a day of colonoscopy prep can do.

Colonoscopy this morning. The (important) good news, as

calendula_witch explains here is that I'm all normal. No polyps, no nothing. I don't need another one for three years. The (transient) bad news is that I am as fatigued now post-procedurally as I was during some of the worst of chemo. My recovery climbout from sedation or anaesthesia is always much longer than the norm.

calendula_witch is here at Nuevo Rancho Lake keeping an eye on me.