Having arrived, we went out to eat, then to Au Contraire. Have not seen a bed in days. Ded nao.

My tor.com story draws a lot of flak in comments — Apparently I write with tired, politically correct tropes. Good thing I always believe the story belongs to the reader.

SMBC on ending sentences with a preposition

Wombats, pangolins and platypuses in a Victorian mansion... in Wales — Huh.

Your Friday/Saturday moment of zen. 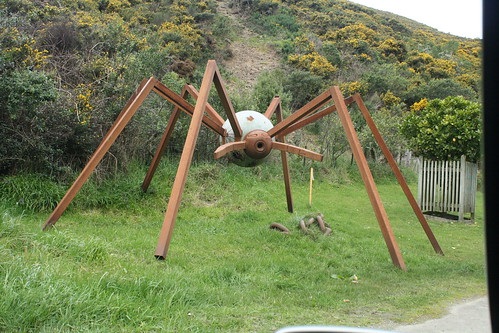 We arrived safely if exhausted in Wellington, NZ yesterday, to be met at the airport by

khaybee. After a stop at their house, we hied off for a delicious pizza dinner baked in this oven: 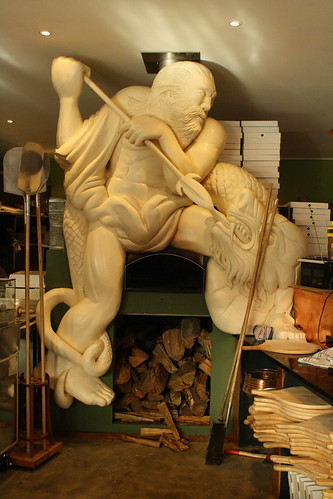 Good stuff, though the cranberry and camembert pizza was a bit different. After that

danjite took me on a driving tour, while

khaybee went for a walk then went drinking. We circled up at the convention and went to a swell Turkish dinner with a cast of dozen, including

seraphs_folly and her partner Frank Mundens, along with the stylishly late Jeremy and

wildilocks from the Wellington community.

Afterwards we attended opening ceremonies, where I saw and spoke to a raft more of US writerdom and fandom. I was so jet lagged that I will not be able to recapture all the names, but off the top of my head,

cherymlmorgan, John Hertz, Perri Lurie, CJ Mills and plenty of other folks, along with one of my favorite Australians, Sean Williams.

Then it was home to ded-and-bed.

Off now to brunch, then I have an auction to run, and some panels to empanellate at. See some, all or none of you there.