Mysteries That Howl and Hunt — Urban coyotes. I have seen one 1/4 mile from Nuevo Rancho Lake, and my sister saw a pair near her house a few days ago. (Thanks to Dad.)

An Airplane in Front of the Moon — Another rather striking image from APOD. I especially like the description of how it was taken.

Atheists, agnostics most knowledgeable about religion, survey says — This seems odd to me. Daniel Larison says some interesting things about this. (Thanks in part to

?otD: Does anybody remember laughter? 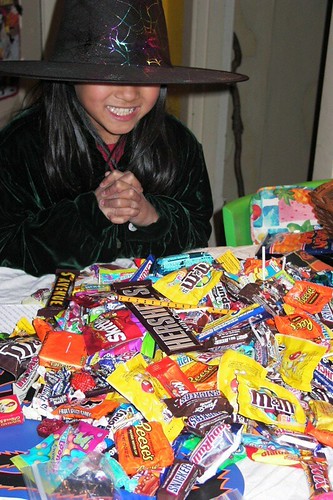 I didn't do as much tourism photography as I might have around Wellington. Many of our trips were incidental, not photosafaris, so I missed a lot of things I might have caught. It's a terribly charming place, putting me somewhat in mind of a smaller, cleaner, less urban version of San Francisco. I was struck by the beauty of the area, and by how pleasant so many of the people were.

Slept last night without drug intervention for the first time since the surgery. (Well, other than Tylenol.) As of this writing I've gone about 36 hours without any Dilaudid, so things look good for this being the post-op kick. I hate hate hate taking opiates. They mess up everything from my digestion to my cognition. But I do sleep well on them. All that being said, I'm not going to Be a Hero — if the surgery site pain acts up today, I'll take what I need.

Anent same, slept pretty crappy. Took a long time to fall asleep, and I woke up oddly early. In part this is due to my mind racing and stumbling over a lot of difficult emotional terrain right now, including my own version of

calendula_witch's prison riot syndrome. We're struggling to find our way back into normal life. Which is utterly unsurprising, of course. Life hasn't been "normal" for us since about April, 2009 when the metastasis was first detected. More than half the span of our relationship has either been in the shadow or under the bootheel of metastatic colon cancer and its treatment processes. Now is a time where we must be exceptionally strong, smart, loving and patient to find our way into living, at least for a while, without the menage-a-trois of she, me and cancer.

On the plus side, I actually got dressed and walked this morning for the first time in :: mumble :: mumble :: In part, this was for the sheer joy of being outside. (It's very pleasant here in the pre-dawn autumnal air.) In part, this is because Nuevo Rancho Lake reeks of gasoline at the moment due to a carburetor leak in the Volvo, which expressed itself with vigor yesterday upon my friend J— starting the motor with the car in the garage. I'm selling him the car, as it has become painfully obvious I'll never get back to my long-abandoned hobby of being a gearhead. I'm okay with that, but I'm not so pleased with the odiferous air here that resulted from this decision. It also made using the stationary bike impractical unless I want to irrigate my lungs with petroleum aerosols.

Walking was good. I'm not supposed to drive for a few days yet, though kicking the opiates makes that a lot more likely, given the whole "do not operate heavy machinery" thing. I did drive the mile to the store yesterday, simply because there was no one to do it for me, and that exhausted me. So I'm not quite there.

As to the healing, I still distinguish three channels of pain (or at least sensation) — the surgical wound healing, which is what the Dilaudid was addressing and what has been most compromising both my sleep and my mobility; the liver regeneration; and the GI issues.

At this point while I am still in considerable discomfort from the incisions, the wound healing has progressed to where I can sleep in my natural positions, and I can now move normally along most axes and ranges of motion, albeit a bit slowly in some cases. Which is to say, I can get in and out of a chair, or walk up and down stairs.

As for the liver regeneration, I was told to expect the liver surgery recovery to be uncomfortable and exhausting as my body works to rebuild the excised liver tissue. But with the memories of later-stage chemo still vivid, this is not anywhere nearly so difficult to tolerate. I won't say it's easy, but given my standards, it's just another day inside my body.

GI issues are finally down to a dull roar. Still not swell, but at the "bad day" level of difficulty rather than last week's "go to the hospital" level of difficulty. And I have to say, without indulging in overly tasteless commentary, that my time in the hospital addressing this GI problem was sufficiently unpleasant in sufficiently numerous ways as to provide me with a powerful incentive not to undergo that set of treatments again if humanly possible.

So, life goes on no matter what. I'm not even sure what I'll do with myself when the day comes a week or two or three from now when I wake up feeling truly normal and whole for the first time in the past eighteen months. Cry a little maybe, then get up and write, most likely.

I have a Day Jobbe commitment in San Francisco from 10/17 through 10/20, so I'll be flying in 10/16. Among other things, I plan to attend Writers With Drinks that evening, featuring the mighty

kenscholes. I'll be having (an early) dinner at Espertento, the tapas bar at 3295 22nd St near WWD, with me planning to arrive at 5 pm.

Please let me know if you think you'll attend, so I know how big a table to aim for. I may also be free for dinner one or two other nights before I leave, but I am not sure yet, and will probably manage those by arrangement. However, if you're jonesing to see me while I'm in SF, let me know and we might be able to arrange.

Author copies of The Sky That Wraps have arrived. This is of course my gorgeous new short fiction collection from the delightful Subterranean Press. You can order it here, should you be so inclined.

But we all know what author copies mean — a giveaway via caption contest! So I hereby declare another one of those suckers, based on a photo from the recent New Zealand trip. Your challenge is to write a caption that answers the question "Why is this man laughing so hard?"

First prize will be a personalized, signed copy of the book, additional prizes to be awarded at my discretion. Usual rules apply. I'll collect captions in comments here (at both jlake.com and jaylake.livejournal.com) until I get bored with it, then build a voting poll. Please try to limit the length of your entries or they may become truncated in the poll code. 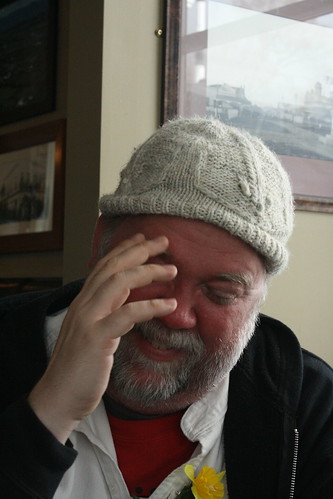