just because I didn't kill myself, doesn't mean I didn't feel like I was dying — Read this, about the gay college experience, and maybe you'll understand a little of the despair. Sigh.

This is a news website article about a scientific paper — Hahaha. (Snurched from

Scientists find rocky planet in the Goldilocks zone of Gliese 581 — In case you missed it. (From numerous sources.)

Trout Lake Cheese Caves — This is cool, and not so far from Portland. Trout Lake is also a locale for a lot of UFO sightings, I believe. And

tillyjane and I once got dreadfully lost in the Gifford Pinchot National Forest without ever finding the place.

Sen. Saxby Chambliss (R-GA) Fires Unnamed Staffer Who Wrote Gay Slur Online — He did the right thing. No excuses. No temporizing. No "red meat to the base". I don't often have it in me to compliment Republicans, but kudos to Senator Chambliss.

The Sorting Hat: What Kind of Activist Are You? — An interesting metaphor. Worth the read. (Via

White America has lost its mind — More political snark with a bone-serious message.

?otD: Have you ever said to yourself, "My god, what have I done?" 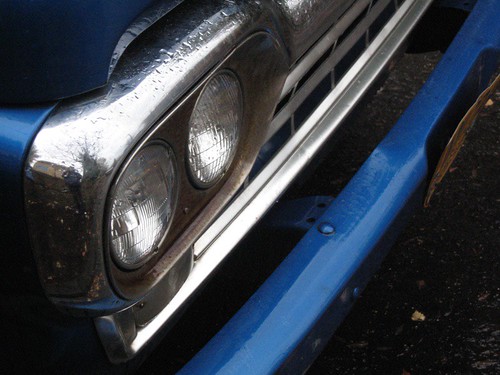 I didn't take any photos during the Worldcon itself. This was in part due to loaning out my camera In A Good Cause, and in part because I generally don't much photograph stuff I'm participating in. However, the day after everything ended,

catvalente and I rented a car and went a-driving. Our first stop was a wildlife park south and west of Melbourne, the Werribee Open Range Zoo. Most of the zoo was dedicated to African wildlife, but we visited the Australian section.

And the meerkats, of course, because how can you not visit meerkats?

Back to the surgeon today for my post-op follow-up. My GI's trailing a little, for obvious reasons, but in general my recovery is fine. Unfortunately, last night I had a major blowout on sleep, spending almost three hours awake in the middle of the night. I did not take drugs though, just rode it out. I feel like hammered crap this morning, and skipped exercise in favor of a bit more sleep, which is a choice I almost never make. Hopefully

calendula_witch and I can walk this afternoon.

This is a rare oncology appointment in that I expect only good news. We'll look at my surgical wounds, discuss my functionality, and go over the "Jay doesn't need another round of chemo right now" pathology report. Ah, magic pathology report. So far as I know, I'll walk out of the clinic today a free man.

Free for now, at any rate. Until the next round of scans, and the round after that, and...

Remember that writing thing I used to do? Well, it's back. (Maybe not today due to severe sleep deprivation, but in general.) Yesterday I turned in the outline to Kalimpura, the third Green book. Once

casacorona have reviewed and approved it, I'll launch full steam into writing it.

Thanks to cancer, it's been over a year since I drafted a book. Weird feeling.

In the mean time, I have a few short fiction projects to knock out, both commissioned and spec.

calendula_witch and I met with the surgical oncologist for a post-operative followup. In summary, everything is fine. In detail...

The lesion that was believed to be a colon cancer metastasis was in fact a "mild steatosis, negative for malignancy". Which is to say a fat deposit with no cancer cells lurking within. We talked about why it presented on the scans as a metastasis, but there's no solid answers to that. I know the surgeon was uncomfortable with having resected what they characterized as a perfectly healthy liver, but there was no real alternative given what we believed at the time. From my perspective, I've traded nine months of chemotherapy and recovery time for four weeks of surgery and post-op recovery.

We talked about the sense of relief I feel, like a reprieve from prison. They were very sympathetic.

The surprise of the day was when I looked at the surgical pathology report and found that my gall bladder had been removed. I don't recall discussing the gall bladder pre-operatively, nor was it mentioned after the fact. the surgical oncologist looked embarrassed and said, "sometimes I forget to tell people that". Apparently this is routine for a liver resectioning. So, no more gall for me.

And that is about it. Now I can go on with my life. At least for a while longer.