Don't forget the new caption contest [ jlake.com | LiveJournal ] — I'm going to close this out in the next day or so and open the poll. So if you want a shot at winning a free book, click over there now and leave your entry in comments.

The fully-operational flying-boat squadron — Oh, this is hilarious. (Via io9.com.)

Yesterday I asked a question about human evolution [ jlake.com | LiveJournal ] — Some very interesting stuff in comments on both sides of the blog, as well as at my Facebook page.

What Kind of Speech Needs Protection? — (Via 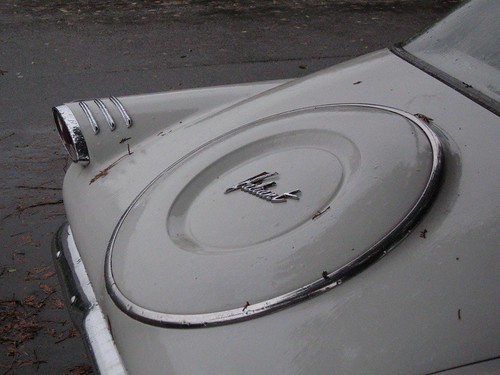 Shortly after leaving Werribee Open Range Zoo, we drove past a sign advertising a B-24 restoration in progress.

jackwilliambell and I were compelled to visit the project.

A team of folks working under a nonprofit umbrella have been working for some years on restoring an RAAF B-24 to flying condition. The airframe had been in someone's backyard as a shed for many years. Wings were sourced from a wreck site in the jungles of Papua New Guinea. Portions of the tailplane came from an aviation salvage yard in the United States, while other portions were fabricated as part of the project.

We received a tour from a pleasant and garrolous old gentleman who'd served as a gunner on an Australian B-24 during WWII. The hangar included maps and displays of the history of the aircraft type in the RAAF, but mostly it included the B-24 itself.

I posted some months back about the difference in recovery curves between surgery and chemo [ jlake.com | LiveJournal ]. What I failed to note at the time was the difference in timelines, at least for my own experience.

I finished chemotherapy on June 20th of this year. Over two months later, at Worldcon in Melbourne, I still had significantly limited mobility due to extreme fatigue. Even now, over three months later, peripheral neuropathy remains a meaningful issue for me (though in fairness I noted some significant improvement a week or so ago). This from a course of treatment that essentially began with my lung resectioning at Thanksgiving of last year. I'm on month eleven of dealing with that.

Whereas I am two and a half weeks past the liver resectioning, and find myself noticeably improving by the day. I'm walking at pace in the mornings, for example. I've stopped sleeping with a pillow clutched to my gut. My post-operative eating issues have vanished. I mostly kept up with

calendula_witch and her parents this past weekend.

At this point, except for the residual pain and discomfort from the still-healing surgical wounds, I feel better than I did before the surgery. I expect within another week or so to feel very nearly normal for the first time since last November, with the possible exception of lingering fatigue issues and, of course, ongoing peripheral neuropathy.

This swift upward climb is such a stark contrast to the slow decay of chemotherapy. There I felt like I was aging a decade every month, at least during the latter part of the process.

Also I note with amusement that the debilitation from my liver's regeneration process has gone essentially unnoticed by me thus far, being masked by the later stages of chemo recovery.

I'm not normal yet, but I can see it from here. I think I'm getting my exit visa to once more end my time as a tourist in the land of the slow. Let's hope like hell I don't get sent back yet again.

I have a friend who's planning a trip to Machu Picchu later this year. They asked me for some advice about access to the site and booking tours in specific time slots, but South America is the one inhabited continent I've never visited, so I'm a little thin on Peru travel lore.

If you have experience traveling in Peru, or specifically to Machu Picchu, and are willing to help my friend out, please leave me a note in comments so I can hook you up.

the_child is writing a short story for school. It's fanfic based on my own story "Jack's House".

I am absolutely tickled.