Don't forget the new caption contest [ jlake.com | LiveJournal ] — I'm going to close this out in the next day or so and open the poll. So if you want a shot at winning a free book, click over there now and leave your entry in comments.

Salon Futura features a video interview with me —

cherylmmorgan and I did this at the Worldcon in Melbourne.

Photos and video on a 102-year-old lens — This is some cool stuff. Video is worth watching. (Via Gizmodo.)

High court hang-ups — I haven't the slightest idea if this is real or a spoof, but it's awfully funny in either case. (Thanks to

The Post-Singularity Future Of Astronomy — Astronomy could be the first discipline in which the rate of discovery by machines outpaces humans' ability to interpret it.

Assessing Beck and Hannity — Ed Brayton on the Right's talking heads. He also says some interesting things about O'Reilly.

Your tax receipt — In case you were wondering where the money goes. (Via

ericjamesstone first brought this to my attention, pointing out that I frequently claim that liberals don't use eliminationst rhetoric, yet here is a film with an eliminationist message. I'll argue that this was obviously satire (and even as such, inappropriate), rather than the apparently serious "get the liberals" messaging emanating daily from conservative media, but fundamentally he's right. Satire or not, the liberal-progressive world is better than this.

Fear and Favor — Paul Krugman on Tea Party finances and the payrolling of candidates. But look! Over there! George Soros!

The Very Useful Idiocy of Christine O'Donnell — Frank Rich focuses on similar themes. Personally, I find the O'Donnell candidacy mind-boggling. It's a badly broken electoral process that produces candidates like her. Even by conservative standards, she's a severely underqualified loon.

Tennessee County's Subscription-Based Firefighters Watch As Family Home Burns Down — Welcome to conservative America. If you vote Republican or are a Tea Partier, this is exactly what you stand for. You can have this future, but please keep it the hell away from me.

?otD: Are you missing any internal organs? 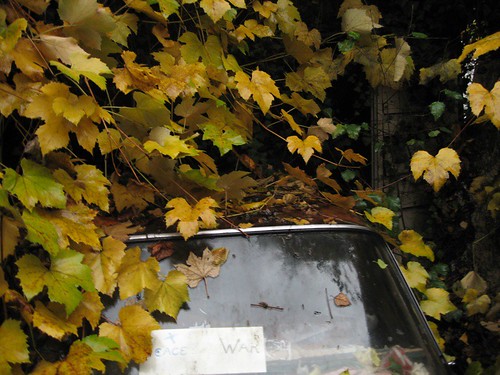 Having finally left the B-24 behind, we drove on down through Geelong and on to Anglesea, where we picked up the Great Ocean Road. And had a massive lunch. After that, we toured down to Lorne before turning inland once again through some gorgeous hills.

I actually went out last night. Hooray for recovery!

maryrobinette organized a dinner for

ellen_datlow at a whiskey bar in NE Portland.

kateyule were there, as were

mkhobson and two friends of

ellen_datlow's whose handles are unknown to me.

calendula_witch was feeling over-peopled from the weekend, so she stayed at Witchnest Manor and wrought culinary magic.

I think I'm just about back.

the_child finished the story she was writing yesterday [ jlake.com | LiveJournal ]. That was fanfic of my story "Jack's House". She wrote backstory specifically about how Jack came to be absent. And her sense of literary style is emerging. We had a long conversation about word echoes and how to rework phrasing to avoid them. Proud of that kid, so proud.