In which I am nominated for a Steamcon Airship Award — Cool!

Scholarly Work, Without All the Footnotes — As Scrivener's Error says, "a fascinating article on plagiarism, attribution, and differing standards."

Faithing the Facts — Some secularist snark. Hahahah. (Thanks to 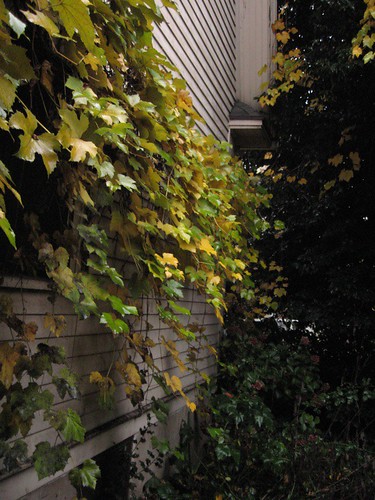 After visiting the National Gallery of Victoria, we took a tram to one of Melbourne's railway stations, as a waypoint for further walking. Near the end of the day, we visited another. Interesting stuff.

Two nights ago I had a terrible sleep. Less than five hours. Yesterday was pretty tough. Last night I managed about eight and a half. Balance seems to have been restored. The experience underscored to me that even though I'm feeling a lot better, I need to protect myself from stress (such as loss of sleep).

the_child did well in another track meet yesterday. I got to go watch her! I don't know the official results yet, and they were running mixed groups in the same heat so even my observation that she finished about 15th in a field of about 75 isn't all that useful.

Saw my therapist yesterday for the first time since the news of my reprieve from this next, planned round of chemotherapy. Near the end of the session he asked why I wasn't more pleased about it all. I told him I was very pleased, but I still had to guard against overinvesting in relief, as any of my upcoming scans could put me right back on the chemo track, and I didn't want the emotional whiplash.

We discussed how lately I've had a very strong feeling of needing to live in the now. I am looking ahead,

calendula_witch and I just planned out our convention calendar for the next fifteen months or so, but I suppose I'll always have one eye on the cancer mirror. It doesn't seem possible to dwell on one's mortality constantly. It does seem possible to lose the illusion of continuity of health and life, as I have done so. I'm not even sure it's bad for me to have lost that illusion. The world is just, different. And it ain't ever going back to the way it was.

Still, I am quite happy.