Don't forget the latest caption contest voting poll — I will be closing this out shortly.

Secretariat was not a Christian — Roger Ebert on another critic on the new movie. Weird. Just weird. And especially odd in light of this article mocking conservative messages in movies, highlighting the same film. (That last via

Heavy Lifting: 1908 — I do loves me some big, clanky engineering.

Get the anti-science bent out of politics — Michael Mann, subject of the Virginia AG's anti-science witch hunt, responds. We have lived through the pseudo-science that questioned the link between smoking cigarettes and lung cancer, and the false claims questioning the science of acid rain and the hole in the ozone layer. The same dynamics and many of the same players are still hard at work, questioning the reality of climate change. The basic physics and chemistry of how carbon dioxide and other human-produced greenhouse gases trap heat in the lower atmosphere have been understood for nearly two centuries. The deliberate, aggressive know-nothingism of the modern GOP, purely for political purposes, will be one of the things history judges this era's GOP most harshly for.

Scrivener's Error on (among other things) the difference between liberalism and libertarianism — I will add that these days libertarianism seems to have become synonymous with being a Republican. Which is odd, because many of the Libertarian Party's stated policies are very much anathema to conservatives. It's all about the taxes, I guess, at least when it's not all about the faux-Fox outrage du jour.

Energized GOP can thank the tea party — [T]he interest and commitment among many tea party supporters still appear likely to be a big asset to GOP candidates as they seek to turn out a big vote. At some point this pretense of the independence of the Tea Party movement will collapse. Funded by Republicans, populated by Republicans, voting for Republicans.

Being Glenn Beck — A lengthy and interest profile of Glenn Beck from NYT. Seems to confirm what I've thought about him for a while — where Rush and O'Reilly seem to be rank opportunists who know exactly what damage they are doing (and don't care so long as they profit by it), Beck actually believes in his own tripe. 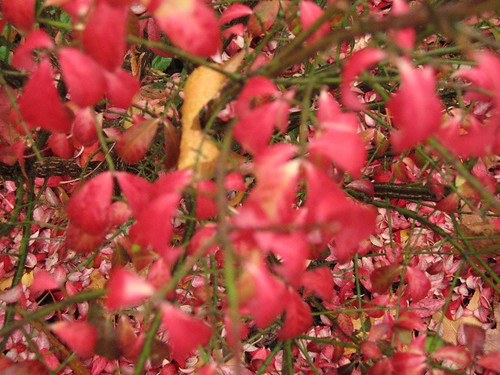 The 1967 Volvo 122S (in racing trim) which I bought shortly before the onset of my primary cancer, and has thus sat idle in my garage for over 2-1/2 years, is gone. I've sold it back to the guy I bought it from. Today he took it away.

I think I'm done with cars I have to skin my own knuckles on.