Mike Brotherton is grumpy about NaNoWriMo — With links to other doubters.

First, You Put an Airship on the Cover — Ah, art.

Twinkie Diet Vs. Vegetarian: Which Is Better for You? — Umm... This must be about calorie restriction.

Scientists discover unknown lizard species at lunch buffet — The headline alone is worth it...

An ode to the many evolved virtues of human semen — A seminal article. Both hilarious and thought-provoking. (Thanks, I think, to David Goldman.)

The Campaign Against Mean People — Ta-Nehisi Coates on the difference between bullying and gay-bashing.

Energy and science in America are in big, big trouble — More Republican thought leadership. Confidential to conservatives in America: Aren't you the least bit embarrassed? Is your political agenda really worth this kind of dismantling of American innovation and scientific leadership?

$25 Billion in Cuts, if the Math Worked — Note to the incoming Republican majority in the House: Eliminating government programs that do not exist does not save money. Even more conservative thought leadership! We really are getting the Congress we deserve, aren't we? 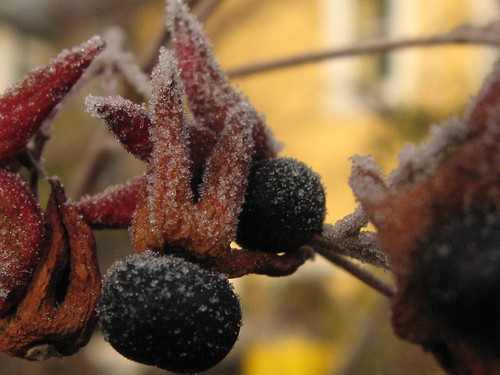 After my process post of yesterday [ jlake.com | LiveJournal ], several people asked me to comment in more detail on my outlining process.

Well, first of all, I don't outline. Not in the classic sense. Rather, I synopsize.

"What's the difference?" you may ask.

An outline breaks the book down structurally, by chapter and scene. Many authors do this, some tracking right down to projected word count and lists of characters in-scene before they ever cut a word of draft prose. A synopsis summarizes the book in a compressed narrative format. Many authors do this, as well. It is the more common selling document, I suspect, simply because the synopsis gives a better feel for the tone and arc of the story. In all likelihood, a number of authors do both. (For the authors, editors, and agents who might be reading, feel free to amend or correct this distinction in comments.)

One thing to note here is that outlining is one of the many aspects of our craft that is highly idiosyncratic. Unlike, for example, spelling, which outside of eye-dialect tends to be consistent; or punctuation, which is only moderately idiosyncratic. Ask any three writers how they outline, and you'll probably get four or five answers at least. Which is to say, there is no right way to outline, there is only the way that works for you.

For my part, given that I'm a synopsizer, I tell myself the story in a compressed format, in reading order. Sometimes there is supporting material, such as a dramatis personae list, for example, but functionally that's an appendix to the synopsis. Developing that synopsis is rather like writing a very dense, badly-styled short story, except that I have to jam in the plot complexity and character arcs that are generally required of a novel.

Note that the density of the synopsis does not map to the novel on a fixed basis. Sometimes a throwaway line will expand to thousands of words, other times a key scene in the synopsis might make it into the novel nearly unchanged. However, to give you a something of a feel for how they can relate, following is a bit of compare-and-contrast.

Three sentences from the outline of Green:

One day along the docks in her Neckbreaker persona, Green passes by the Dancing Mistress. The felinoids of the Stone Coast are very rarely seen south of the Storm Sea. The Dancing Mistress is being followed by a crowd of shouting children and beggars.

The corresponding text from a late (pre-copy-edit) version of the manuscript file:

Down along the Avenue of Ships, the middle of a warm, rainy Wednesday which happened to be the Festival of Coal Demons, the Goddess spoke to me again. I did not feel Her presence as I had in the past, but there was no mistaking the furred, rangy shape that stepped through the crowd near me.

I had never seen one of that race here in Selistan. Sometimes the Lily Goddess made Her will known through unlikely chance.

As I took a few strides more, I realized this was the Dancing Mistress. Only strongly drilled habit kept me moving when I wanted to stop and stare. She was bare-handed and bare-footed, wore a light toga of some open weave fabric, and carried a satchel over her shoulder - almost as she'd looked back in Copper Downs, except dressed for our weather.

I brushed past her, close enough to touch. Her pace faltered as if she'd noticed me, but I was clothed as Neckbreaker, not to mention three years older and taller than when last she'd seen me. The small riot of beggars and children who jostled in her wake kept her moving, or she might have turned to stare.

At least, so I fancied.

What was she doing here?

So, basically, I write the novel in a very short form as the synopsis, then I write it again as a first draft manuscript. Then I go over it again, and again, and again. (I once calculated that by the time a book hits mass market paperback, after a hardback release, that I've read it at least nine times, all of those for editing or revision purposes, or both.)

But it all starts with what I somewhat erroneously refer to as the outline.

How do you outline?

For those of you who complain that the goggles in steampunk do nothing, what, precisely, do the neck ties in Mad Men do?

This post has been brought to you by Cultural Signifiers 'r Us.

Tomorrow morning I have my chest port taken out. It's an office procedure with anaesthesia but no sedation, and is reportedly trivial. I have been told I can resume normal activity the same day. Nonetheless, I am feeling rather freaky, in some ways more freaky than I did about the major surgeries of the past three years.

At the same time, this is the end of cancer being a daily presence in my life, at least until the next scan. Which means I get five more months of living like there's another day coming.

So, yeah, Lorazepam will be my friend tomorrow. (After some critical early morning Day Jobbe conference calls.) Then I go to OryCon. Makes for an interesting day, if nothing else.