Never too soon to plan! — Cascade Writers pre-announces their 2012 workshop. Partial list of instructors includes me,

We Hold These Truths to Be Universal — Freakonomics on cultural bias in economic research. (This is more cool piece than I just made it sound.)

Study Finds Fox News Viewers Are The Most Misinformed — Ah, FOX News, speaking of semi-literate clowns. Also, this just in: water is wet.

Wall Street Whitewash — When the facts are biased against you, delete any references to them! For bonus points, before clicking through the link, try to guess which party's representatives censored basic factual information in the report of the bipartisan Financial Crisis Inquiry Commission. Tough one, huh?

?otD: Where do you find your dawn? Is it always in the eastern sky? 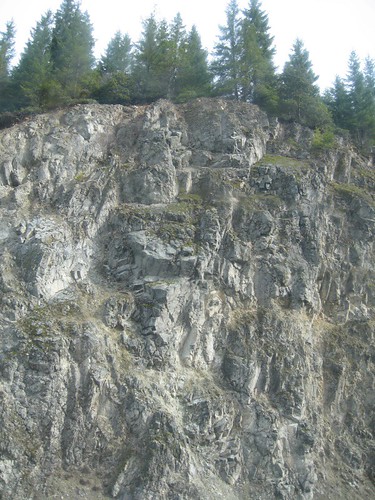 Last night I watched Tim Burton's Alice in Wonderland. Which, frankly, was not nearly as dreadful as the reviews had led me to believe. I know, I know, damning with faint praise, but still... All it lacked was a tornado and some ruby slippers.

Also finished reading Russell Hoban's The Lion of Boaz-Jachin and Jachin-Boaz, his 1973 debut adult trade novel. The writing was exquisite at the prose/line level, but the story couldn't decide what it wanted to be. What began as a sort of gentle fabulism eventually slid into arrant surrealism. Now, I happen to like (and sometimes write in) both those modes, and a story that is served by that kind of transition might do well under such a structure — perhaps a descent-into-madness tale, for example. But in the case of Lion, it felt disjointed to me, like a wandering away from the original intent of the book as telegraphed to the reader at the outset. Still, Hoban writes way prettier than me.

Making momos today for my family for Christmas, over at mom and dad's condo. Then we'll watch the ship parade after dusk with the kids (

the_child and the Niece). The holidays are nigh.

Today I finished the first draft of the Sunspin novella I mentioned recently. It now has a title, "The Weight of History, the Lightness of the Future". Draft came in at 23,100 words, just shy of the 24,000 I'd set as a target.

As I mentioned previously, this is in effect a prolog or chapter zero to the novels. I still don't expect to actually include this in the manuscript of Calamity of So Long A Life, the first of the Sunspin trilogy, but it sure helped me set some direction. Among other things, I uncovered several more key worldbuilding issues and a couple of important aspects of the trilogy's MacGuffins.

Interestingly, all my other Sunspin shorts seem to have tied into "The Weight of History, the Lightness of the Future". Which is something I had not anticipated when I wrote them. Proving once again that Fred is much smarter than I am.

All of which leads me to reflect that my increasingly common practice of writing discovery fiction set in my novelistic universes is really paying off for me. Plus it's fun!

And yes, because I care, just for y'all, here's ( Collapse )
Collapse