Stalled — Leah Cutter on the difference between being blocked and being stalled. A very useful distinction.

2010 Best Writers I Discovered In 2010 — Brian Thomas Schmidt reviews writers, including me.

Pemberton's French Wine of Coca — A little culinary history. C-O-L-A cola... (Thanks to

Visualizing blood tests — Information Is Beautiful shows how much difference the presentation layer makes. (Not that we didn't already know that...)

Science: The Breakthroughs of 2010 and Insights of the Decade — (Thanks to

Barbour: Segregationist Citizens Councils That I Praised Were 'Totally Indefensible' — In other words, he's sorry the rest of us decoded his racist dog whistle politics. Ah, more of those justly famed conservative principles and intellectual consistency. In this same context, Ta-Nehisi Coates with more on the conservative revisionism about the Confederacy so sick that it borders on mental illness.

?otD: Does your champagne taste just like cherry cola? 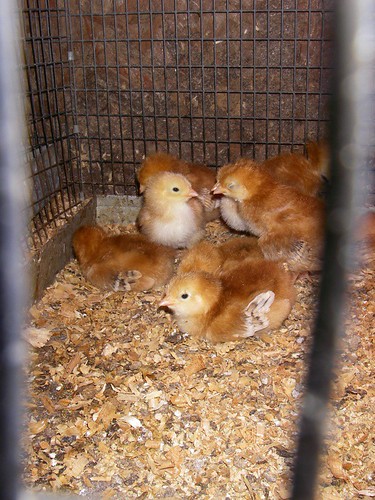 This past Monday, I posted on the worst writing advice I ever received: [ jlake.com | LiveJournal ]. A lot of folks had something to say about it.

The most consistent critique of my remarks arose from a rejection of the framing I'd placed. I made some broad statements about what does and does not constitute good fiction.

Now, as it happens, my recent rhetoric notwithstanding I am pretty firmly in the camp that says there is virtually no canonical writing advice. The only universal I can in good conscience determine is "Write more." Meaning, whatever you're doing, keep doing it, and maybe do a bit more.

Everything else falls into the trap of individualized process, divergent experience and changing expectations. What one writer (perhaps me) passionately believes about the role of auctorial emotion in the story on the page could be nonsensical or even destructive to another writer.

Yet at the same time, even in that context there are a number of pieces advice that have a fairly wide applicability. "Finish everything you start." "Don't self-edit while drafting." "Keep stories in the mail." Surely there are exceptions to each of those examples, but for most writers, most of the time, they are at least useful if not canonical.

In that spirit, I offer the best writing advice I ever received. It was from Ray Vukcevich, a brilliant writer whose genre could perhaps be characterized as magic realism, or perhaps not. He once told me, "Cut out all the parts that aren't interesting."

That was such a gnomic utterance that I'm still not sure I understand it, but it's also a damned fine piece of advice. I even wrote an entire article about it a few years ago. Like most profound advice, the trick is in sorting out how to apply it. Ray's comment has been a mantra to me for many years.

What's the best piece of writing advice you ever got?

First of all, I want to give a big shout out to whatever idiot with the Arizona area code called me at 2 am. I never did get back to sleep. This is going to make for a long day today.

I managed a prodigious amount of writing time yesterday at the Fireside Writers. (Plus we enjoyed a nice Mexican dinner after. Mmm.) It was mostly revisions on various short fiction manuscripts, along with writing related program activities. One piece of WRPA was a draft of a 2010 year in review requested by a 'zine. Which is to say, my personal year.

Great Ghu was that sobering to write. I revisited all that has gone on in my medical and personal life, and I tracked through my writing accomplishments. Which would have been worthy in a normal year, and are jarring in the context of the year I've had. It's been a damned intense twelve months.

I'll be making a year-in-review blog post here around New Year's, which will recap much of what I just pulled out, but, yeah. I'm more than a little astonished at myself.

Next up is revisions to "The Weight of History, the Lightness of the Future", the recent Sunspin novella. Then I'll get cracking on a full (but not final) version of the endless outline for the books themselves.

What are you working on? Or are you taking a holiday break?