The Best Steampunk Releases of 2010 — Barnes and Noble Book Clubs hands out some literary love to a number of books, including Pinion.

Gravity Emerges from Quantum Information, Say Physicists — The new role that quantum information plays in gravity sets the scene for a dramatic unification of ideas in physics.

God's little rabbits: Religious people out-reproduce secular ones by a landslide — There's a lot of things wrong with this piece, but it's also pretty interesting and pretty funny. (Thanks to David Goldman.)

US Army: Atheists Unfit To Serve — Ah, yes, more modern persecution of the Christians. I can really see what the conservative pundits are complaining about here. Hmm, sorry, the sarcasm bit got stuck in the "on" setting. (Thanks to

Inside The GOP's Plan To Stifle Obama's Executive Branch Power — Mmm. I can smell the bipartisanship from all the way over here. And of course, this is no worse than the treatment Bush got at the hands of Democrats. Right? Anyone? Bueller? Anyone?

?otD: Who do you chat with by the fireside? 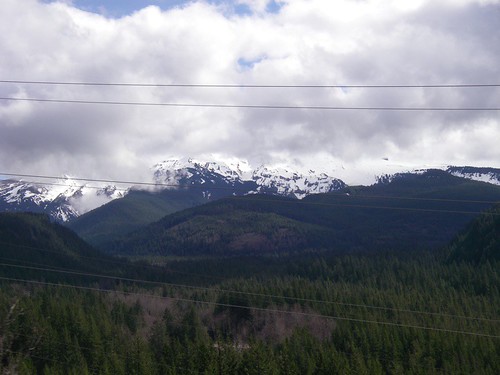 Along with everything else I did yesterday, I rented and watched the Coen brothers' adaptation of the Cormac McCarthy novel, No Country for Old Men [ imdb ]. I pretty much love the Coens' work, almost without exception, but this one was tough. In all the right ways tough, but still tough.

However, to me the most interesting thing about the movie was the string of broken resolutions. Over and over the film violated my ingrained narrative expectations as characters were established, fleshed out, then lost their way. In the case of this film, for the most part by dying violently.

In the Western literary and cinematic story telling tradition, we're highly conditioned to narratives where the sympathetic character triumphs. Or if they fail, they fail near the end of the narrative in some emotionally interesting fashion. That's our basic story arc — character in a setting with a problem tries and fails several times to resolve it in the face of rising stakes before attaining resolution (either positive or negative), followed by a brief coda of validation. I've just outlined 95% of Western literature.

No Country for Old Men absolutely does not do this. The everyman character with whom we the viewer have been identifying is killed 2/3 of the way through the film, and continues to be humiliated posthumously for failing at his valiant efforts. The fascinating bounty hunter barely makes it through three scenes. The good cop just quits in despair without ever bringing justice to bear. The bad guy wins by walking away with his goals met, unpunished for his misdeeds.

And this is real life. People don't always get what they want. Justice, in any literal or metaphorical sense of the term, is rarely resolved in three acts with loose ends tidied up. More often than not, things happen, we crawl from the wreckage and move on, and accountability is at best in the mind of the beholder.

All of this makes for a remarkably interesting and emotionally challenging film. Makes me want to read the McCarthy novel, to see what I can learn. Not that I particularly want to write books or stories that work this way, but there's hella technique in play here.

Did you see No Country for Old Men? What did you think?