A reader reacts to my Sunspin short story "Torquing Vacuum" — Which is mildly ironic because in yesterday's writing work session, I was cribbing furiously from the manuscript of "Torquing Vacuum" to get some stuff right in the book.

cassiealexander on, among other things, seeing yourself as a working author. Good thoughts on the transition from aspiration to pro-dom.

Voyager and the Will to Explore — Centauri Dreams on spacecraft longevity.

Amazing powers of the octopus

The Chiltern Hundreds — Ah, the bizarre arcana of British law.

You're thinking of Jesus... — Hahaha. Hilarious photo of a political sign. (Via @alexirvine.)

Clarence Thomas failed to report wife's income, watchdog says — Conservatives are against activist judges, but love them unethical judges. So long as they vote right. Hint: What would Your Liberal Media, and the radio/tv talking heads, do with this story if it were the wife of a leading liberal jurist? (Via

?otD: What's the place you've visited most but never lived in? 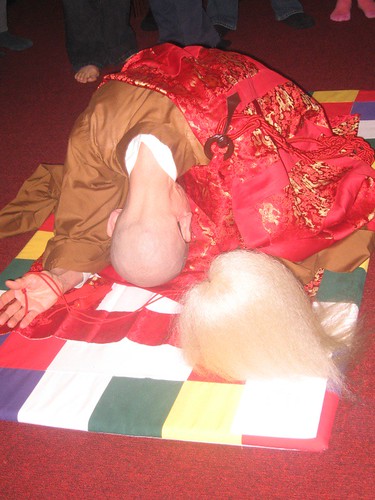 Yesterday managed to be action packed. The tall pole was of course my oncology appointment [ jlake.com | LiveJournal ]. The Day Jobbe managed to be busy as well. My parents took me and

the_child out to dinner to celebrate my renewed lease on life (three months, no security deposit!). I spent about an hour and a half working on Calamity of So Long a Life, including some reasonably intense cross-referencing with the short story "Torquing Vacuum". Plus some critical reading of a friend's mss, and some review/blurb reading of an ARC.

Whew. Busy much, me?

Life is not for the lazy.
Collapse