The Race for the Future — Adrienne Kress on ebooks versus paper. Both funny and thought-provoking.

Leave the libraries alone. You don’t understand their value. — First, you'd have to be someone who reads. (Via @lilithsaintcrow.)

Law and the Multiverse: Superheroes, supervillains, and the law — A law blog for those so inclined. (Nicked from comments on the LJ of

Ayn Rand and the VIP-DIPers — The founder of Objectivism took advantage of Social Security and Medicare. More conservative this-is-right-for-me-but-not-for-thee-ism. I love the smell of principled consistency in the morning. (Ultimately via @MarkWaid.)

Don’t Know Much About History — Is Michele Bachmann the new Sarah Palin? I'd ask what was wrong with the old Sarah Palin, but that question answers itself.

How the Right and Left View America — Put more simply, moral clarity versus nuance. As an exercise for the reader, which position requires careful thought to maintain, and which position provides comforting certainty?

Why History Matters — Linda Chavez reports in from OppositeWorld, saying, There is no question that a double standard exists — the media is much quicker to draw attention to conservatives' faux pas than to liberals'. If only this were true, we never would have had the Bush 43 administration in the first place, and a lot of people would be in jail today who are walking free on the $50,000-per-gig speaker circuit. I get that it's real important to Republicans to feel victimized by the national discourse they've controlled for the past 20+ years, that's how they keep their voting base inspired, but this is just silly. Conservatism: where you get to invent your own facts!

Rachel Maddow: In America Today, Republican President Dwight D. Eisenhower Would Be Bernie Sanders in the U.S. Senate — But the whole of American politics has shifted so far to the right in the last 50 years that what used to be thought of as conservative, what used to be thought of as a conservative position, is now considered to be off-the-charts lefty. I've been saying for years that the greatest victory of the Reagan-era GOP was shifting the American political center far to the right. 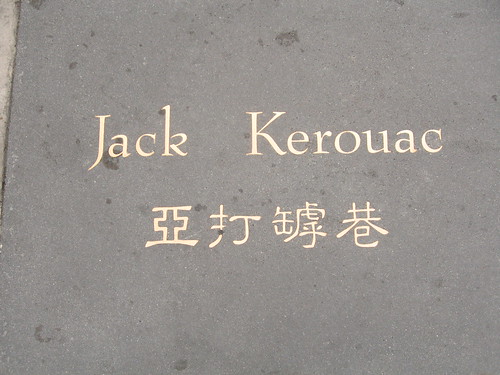 Yesterday was freakishly productive. I worked a full day of Day Jobbery, wrote 4,000 words on Calamity of So Long a Life, proofed short story galleys, signed 1,000 sig sheets and mailed them back out, watched half of an episode of season two of Foyle's War, went out in Old Town for a few hours to drink and hang out with friends at the retro arcade in Ground Kontrol, and managed to finish it all off with a top-down moonlight cruise in the Genre car with Pink Floyd blasting. Oh, and my dishwasher flooded, so I mopped the kitchen. Also did three loads of laundry.

This morning I am going to walk up and down Mt. Tabor with another friend, then spend the rest of the day writing, vegging and watching more of Foyle's War.

Also, at some point I am going to need to scrounge up the series DVDs of Babylon 5. My local video store does not have them, and I don't feel like paying ~$300 to buy something I'll probably only ever watch once. (And no, I do not have Netflix or Netflix streaming, either one.)