Steampunk blogging at Babel Clash is under way — Some worthwhile entries by three of us from yesterday.

We've Spent 5.93M Years Playing WoW...?!? — Um... Um... Amazing. No wonder I get a lot of writing done. I believe this speaker, Jane McGonigal, is addressing an upcoming OMSI Science Pub on this topic. (Thanks to

How animals and humans quench thirst in the desert. — "As the mucus dries, it forms a secure body bag." Who needs science fiction? (Thanks to

Extraterrestrials now live among us in China and in U.S.A., newspapers report — Read all about it in the weekly Midnight Star!

Why Egypt 2011 is not Iran 1979 — Detailed and interesting social comparison from Juan Cole.

Frances Fox Piven — Concerning one of the Right's weirder moments of late. (Via Scrivener's Error, also worth the read on this one.)

Religion and 2012 — Conservative commentator Daniel Larison on religious voters and the mooted Huntsman candidacy. And yes, they have the same party identification issues us strong liberal-progressives do. Even when we know we're being had, who else are we going to vote for? 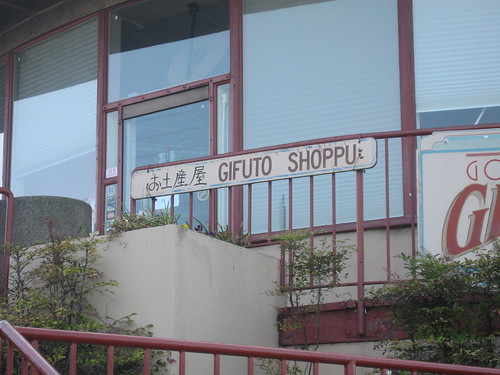 Apropos of nothing but my slightly obsessive record-keeping and ongoing urge to self-analysis, ( Collapse )

More than you probably wanted to know, but that's what it looks like from my desk.

I have another oncology follow-up today, this one with the surgical oncologist who handled my hepatic resectioning of last September, in order to close out the case. This should be my final visit with him, barring future scanning artefacts on my liver. This of course follows on last week's oncology visit with my medical oncologist, who has a permanently open case on me until death do us part or my return to full health after five clean years. (I also have a longer baseline of continuing visits to my colorectal guy to monitor for any possible recurrence of my primary cancer.)

After today, my next activity on the oncology front will be a CT scan currently scheduled for Thursday, April 14th. I then see my medical oncologist the following Monday, April 18th for the results. I know from experience that my anxiety and upset will peak at the CT scan itself. This isn't particularly logical, as the information doesn't arrive until the post-scan consult, but that's where my brain fixates.

At this point, I have about a 40% chance of seeing a new metastasis at the April scan. Were that to happen, I would expect surgery in May (assuming a surgical cure is reasonable — if the metastasis were a bloom, or in my lymphatic system, that would not be the case) followed by another six months of a more difficult chemotherapy than I experienced this past year. Of course, the converse is that I have a 60% chance of enjoying continued good health for another six months, until the October scan.

If I stay clean, those odds drop year-over-year. In 2015 or so, I'll be released to the general population with a roughly 2-3% chance of metastasis as my long-term baseline risk. Still rather higher than the average bear, but not the current order of magnitude higher. At that point I would have beaten the 50% mortality odds currently on the book for me.

It's hard to look into the future with this in front of me. I've been much taken by short-term thinking lately. This is true with respect to my writing, my Day Jobbe, my personal life, my financial planning, and so forth.

Yet this doesn't keep me lying awake at night in a sweat. The blunt reality of my health is horrifying, but the days go by just the same, with parenting and writing and work and laundry and morning showers and so forth. At the moment, I would say I'm pretty overwhelmed in a philosophical or spiritual sense (yes, I am an atheist with a well-developed sense of spirituality), but mostly I just keep living my life.

We all have a bullet coming. Most people my age don't see the one with their name on it. I do. Whether it hits me or not is an open question, but boy howdy do I see it coming.

So I live as well as I can right now. April might be the end of my tomorrows, or it might be just another day at the oncology unit.

I don't know how my doctor does it.

In a larger sense, this is trivial, but it's still important to me. I've stumbled onto yet another cost of my cancer today.

I was on chemotherapy for six months last year, along with a month of tapering off, as well as liver surgery with a month or so of recovery. These cancer treatments kept me grounded from work or writing related travel for eight months.

In the course of a normal year, I fly anywhere between 60 and 100 segments of air travel. (A "segment" being any individual hop, so a one-stop round trip is a four-segment flight.) Last year I didn't come anywhere near this, due to the aforementioned grounding courtesy of chemotherapy and surgery. As a result, United Airlines has downgraded my frequent flyer status.

I called United Airlines today to ask that my Premier Executive status be restored, as I expect to travel my full rota this year. I was told that since I had transferred in to their program in 2009 on what's called a "status match" (from being Aadvantage Platinum on American), and had flown so little in 2010, that I didn't have enough history to be granted a waiver. Neither 2009 nor 2010 was a full year of travel with their program.

As it happens, on American I am a lifetime Aadvantage Gold flyer, due to having accumulated more than 1,000,000 frequent flyer miles over the years. Since United has declined to give me a waiver for my health problems, I'm simply going to switch back to American. It won't take me any longer to regain my Platinum status on American that it would to regain Premier Executive on United, but with my Gold status, I can keep my early boarding and preferred seating privileges while I'm working my way back up.

United Airlines is penalizing me for having gotten ill with cancer too soon after moving the majority of my travel over to their frequent flyer program. American's lifetime Gold status award to me is paying off, as I'm taking my business back to them. Their routes are less convenient for me than United's, but unlike United Airlines, American also isn't taking another bite out of my life due to cancer.

Yes, I'm fully aware that I'm complaining about a loss of privilege. But this is how the system works. If you fly a lot, the airlines treat you better in an effort to keep your business. I'll be flying a lot this year, and I'll be doing it with the airline that is treating me better.

No thanks to United Airlines.

Also, the commenter's logic is rather flawed. I really don't buy that spending a year being treated for cancer is functionally or socially equivalent to choosing to spend a year caring for a child. For one thing, there's that whole voluntary/involuntary thing.