The Definitive Work on Pain — Scrivener's Error with more well-informed analysis on the Borders bankruptcy.

ferragus with a fund raiser for his beloved dog, Connery Beagle — The anthology itself.

Forgotten aquatic parakeets once amazed with their bionic gills — A weird squib from Boing Boing. (Via

If I were an evil genius, how could I go about melting the ice caps? — The Straight Dope is deeply snarky with a completely, erm, straight face.

?otD: Who's your favorite US president? 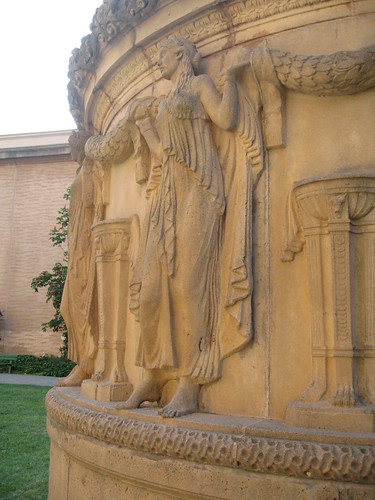 Yesterday was the last day of RadCon. Usual morning stuff — exercise, brekkie with friends, packing out of the room, whatnot. I sit on a couple of excellent panels, both of which I wound up moderating.

The first was 'Formidable Women', with me and David Levine bookending Alma Alexander, Patty Briggs, M.J. Enghe, C.J. Cherryh and Jane Fancher. The questions under discussion were "What constitutes formidable?" and "What is a woman?" Wow, was that an amazing (and sometimes hilarious) 50 minutes.

The following panel was on the novel pitch, with some of the same players plus several new ones. And a lot of audience participation. And me riding roughshod with moderatorial privilege to keep it all on track. Still, I think it was rather productive.

The drive back was extremely pleasant, with much admiring of the ever-growing forest of wind power turbines dotting the eastern end of the Columbia gorge, and a brief visit with friends in Hood River. I managed some writing last night, and went to bed quite early to help myself sleep off the last of the weekend's debauchery.

My next such event is Rainforest Writers Village in two weeks. Do you have a convention coming up?