the_child, Mother of the Child and our friend Holly King are showing in the Southeast Portland Art Walk next weekend — They'll be in Holly's home and studio, #38 on the art walk map. Holly will be showing cast glass and mixed media sculpture, Mother of the Child will be displaying watercolors and pencils, while

the_child will be offering prints and note cards of some of her digital artwork.

The Tolkien estate over-reaches — Ah, trademark enforcement. Thou shalt not speak the name of the Master.

Cats Adore, Manipulate Women — I plead the Fifth on this one.

Red Snow Moon Over Edmonton — In which APOD demonstrates that Edmonton is actually the mouth of Hell.

The World Oil Politics of the Libyan Revolt

Why Wouldn't the Tea Party Shut It Down? — The politics of the Federal budget.

The G.O.P.’s Abandoned Babies — Republicans need to figure out where they stand on children’s welfare. They can’t be “pro-life” when the “child” is in the womb but indifferent when it’s in the world. Mmmm, family values. Remember kids, reload and it will all be okay!

?otD: What's your favorite possible name for a rock band? 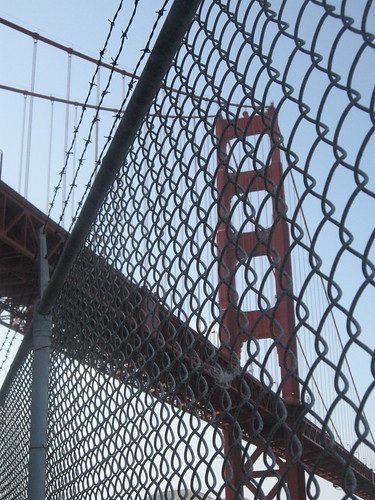 Yesterday, J, T and I headed up the Washington side of the Columbia Gorge for the relatively new Cape Horn trail. It's a 6.8 mile loop with over 1,000 feet of elevation change. I wasn't worried about the distance, but I was worried about the elevation, as I am still getting back into shape post-chemo. Walking up hills is no longer pathologically difficult for me, but continues fairly tough.

Boy did we not suss that one out quite right.

On arrival, we discovered a sign saying that part of the loop was closed through June to protect peregrine falcon nesting grounds. That's hard to object to, so we figured on about a 5 mile out-and-back instead of the full loop. There was snow on the ground at the trailhead, while the track held about 1/2" of fresh powder.

The trail went up.

Primitive trail, snow deepening to 3-4 inches, some pretty steep passages, and between the slip-and-grind of walking in fresh powder and the unremitting "up", I really struggled hard. It took us an hour to make the summit at Fallen Tree viewpoint. That was 1.3 miles with 800 feet of elevation gain, us being mostly slowed by my dilatory pace and need for frequent breaks against the effort of climbing.

Still, I made the summit, damn it.

At that point, my incipient vertigo (a problem of aging, I didn't used to experience this) incipiated like crazy. For one thing, we'd crossed a couple of knifeback ridges with the fresh, slippery snow on the trail. A misstep would have produced a fall of several hundred feet one side, and about fifty feet on the other. For another thing, several of the overlooks were just rock and air fifteen hundred feet over the depth of the Gorge. Amazingly beautiful.

Going back down those knifeback trail segments was a real experience, let me tell you. I still have some numbness in my feet from the chemotherapy, so my footing is a bit iffy at best. That was exacerbated by tromping along in snow. I enjoyed a real adrenaline rush with that 'taking my life in my hands' feeling.

Later on, away from the cliffs, we took a fork in the trail down we hadn't followed coming up and found a long, steep section that I finally just had to buttslide downhill 80 or 100 feet on the snow rather than risk my footing.

We were out a little over two hours all told, making about 2.5 miles. Not exactly a land speed record, but it was a fun, tough, and very demanding (for me) hike.

Whew. This weekend I:

The dreams last night were hilarious. As best as I can reconstruct them now, I was trying to arrange a social date for

davidlevine. I stopped at the Philadelphia Zoo to sort out the details, borrowing a clipboard from their membership department.

As I sat on some empty steps to make notes about this date, I was trampled by a crowd of zoo patrons rushing to see an IMAX showing of some nature movie. I was so discombobulated by this that I threw down my clipboard in frustration. That narrowly missed a manager from the zoo office.

The Zoo Police took me into custody for attempted assault. I was informed that as my alleged crimes had occurred on public property, I would be charged with terrorism related offenses under the Patriot Act, and that Homeland Security was being called in.

For some reason I still had the run of the zoo offices at that point. Various writers and editors kept wandering in. I pled my case to the trio of Gordon Van Gelder, Tim Pratt and Ben Rosenbaum. Gordon told me I should be more careful with my clipboard next time. Ben said fifteen years in prison was a small price to pay for a just and peaceful society.

I wound up in the IMAX auditorium still looking for someone who could help me out. At that point the Zoo Police decided I was trying to effect an escape from custody by hiding in the crowd. They started a panic sending in a SWAT team after me, while loudly telling everyone I was a violent criminal threatening further violence.

I woke up laughing at myself. All that so David Levine could have a date?

What did you dream last night?