A review of the recent ebook reprint of my short story "Hitching to Aurora" — I think they liked it.

Style is Story is Style — Jeff VanderMeer is wise.

Launch Pad 2011 is open for applications — Astronomy workshop for writers. I did this in 2008. It was an awesome experience.

From Lab to Red Carpet — Actors who are scientists. Fascinating. (Via David Goldman.)

History of Computers: An Infographic — In case you were wondering. (Via @glynmoody.)

A Window Into the Nuclear Future — TerraPower — with the backing of Bill Gates — has a radical vision for the reactors of tomorrow.

Peeking past Rhea — Bad Astronomy with a ridiculously awesome Cassini photo of two of Saturn's moons.

Blood Spatter Breakthrough For Forensic Scientists — Working out exactly where projected droplets came from using their spatter pattern has never been possible...until now.

More Bang, Less Buck than You Thought — A Tiny Revolution on the stimulus and government spending. I especially like this bit: [W]e talk about government "spending" as though the dollars pour out and into a black hole. This is certainly true for a couple of holes in Asia, but in other cases it's quite mistaken. There are many instances where government outlays may best be understood as investments – and we should talk about them in this way. If only this country had a reality-based political discourse.

The Vacuous Accusation of Elitism — Speaking of non-reality based political discourse. One of the most powerful men in the country, speaking to a group of Republican donors who probably paid thousands of dollars for a seat at the fundraiser, calls public employees unions the "privileged elite." For that matter, does anyone remember John "I don't know how many houses I own"/"Son of an Admiral" McCain calling Obama elite? "Elite" is another base-enraging scare word like "socialist" that the Right has redefined to mean "anyone I don't agree with." 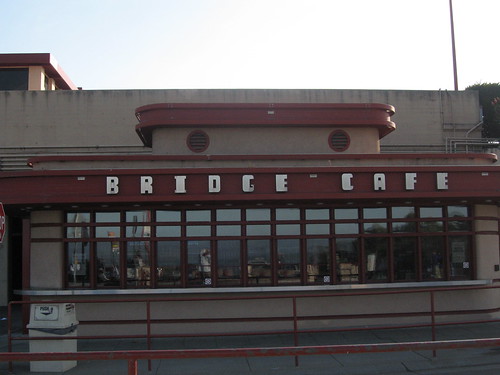 I'm starting to find my pace in the middle section Calamity of So Long a Life, book one of Sunspin. Given the break I took after section one to review the copy edits of Endurance and deal with a couple of short fiction projects, it's bit like starting a new book. Interesting effect on my process.

I like the direction and momentum of the book. Even yesterday afternoon, with a headache and feeling a bit woozy, I managed to lay down 3,000 new words.

Apropos of not so very much, here's a few lists of films I like a lot. Desert island DVDs, as it were.