Words of Wisdom from Author Jay Lake — In which my recent #sffwrtrchat is rather nicely quote mined (with my full agreement).

The Art of Immersion: Why Do We Tell Stories? — Anent my recent posts on this same topic. (Thanks to

Black Men and Women of the Old West — A few classic photos.

The most beautiful truck crash, ever

Appeal of iPad 2 Is a Matter of Emotions — Isn't that always true of this sort of thing? Interesting article. (Via Dad.)

Endowed by Their Creator?: The Future of Constitutional Personhood — Some deep thinkie. (Via

Scrivener's Error lays some well-deserved smack on Rep. King's Islam hearings — Juan Cole on the same. What is it with conservatives and Islam?

?otD: In the event of this blog experiencing a water landing, what will you do? 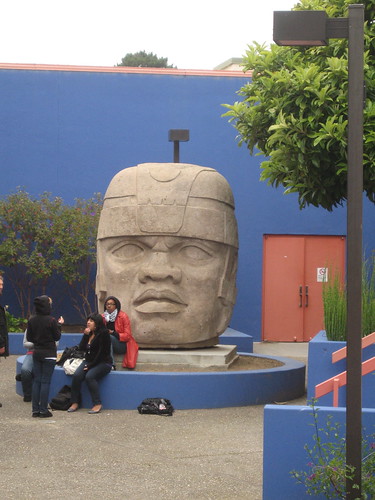 Because all the cool kids are doing it, and I am weak-willed where peer pressure is concerned.

the_child is thirteen and singing Papageno in her seventh grade class's production of The Magic Flute.

March 2001: Having moved from Austin, Texas to Portland, Oregon the previous year, this is the month where I make my first professional fiction sale, "The Courtesy of Guests" to Bones of the World, ed. Bruce Holland Rogers for SFF.Net Press. The 1990s have brought two miscarriages and ultimately

March 1981: I am a fifth former at Choate Rosemary Hall in southern Connecticut. My parents are living in Kaduna, Nigeria, my sister is in prep school in Massachusetts and my brother is learning to speak British at home. Dungeons and Dragons is my life. We are very stoked about first edition AD&D.

March 1971: I'm living in Washington, DC at age 6, largely being raised by my grandfather. My dad is about to marry my step-mother. I am forced to take ballet in a vain attempt to introduce some grace and coordination into my deeply physically inept young body.

March 1961: I do not exist. My dad is at TCU working towards being on a national championship College Bowl team, and dating my mom about then. My maternal grandparents, who died before I was born, are still alive.

Up early, in the Omaha airport. I slept very badly last night, so I'm giving myself a bye from writing today. Which is to say, I might write anyway, but between having a sleep-mushed brain and the distinct possibility of napping in flight, if I don't, I shan't be vexed with myself.

Yesterday I sold several pieces, none of which I can discuss yet. Because, erm, life is like that. I'll announce when I can. I also very reluctantly withdrew from my instructor role at this summer's Cascade Writers conference. I believe that

kenscholes will be taking my place.

When I get home, I'm having lunch with my parents, visiting a friend in the hospital, and having dinner with another friend. Tomorrow, some urban hiking in the morning, then taxes. Sunday, more taxes. And, erm, well. Somewhere in all that I shall also write some more. Plus I owe a couple of reviews/blurbs. And two short stories. And. And. And.

Reading after my nap on the first leg of my flight home, this made me laugh out loud:

"The engine was a very old one. It had been abandoned before the war by an American film company, and the Yugoslavs had tied it together with wire. Its gaping furnace, which was white hot, was being passionately fed by some very hairy men in cloth caps who looked like Dostoevsky's publishers."

— "The Ghost Train" by Lawrence Durrell, from Esprit de Corps, 1958