Pies Are Square? — Scrivener's Error with more on the Borders bankruptcy (including the whole books-as-consignment issue), the Harper-Collins ebook EULA kerfuffle, and other publishing news.

Passport Not Required — A review of a book about Americans serving in the British forces prior to our entry into WWII. (Thanks to

Superhuman or super sleepy: Short sleepers function on four hours — I love sleep, but I would love to recapture more time. And I already sleep less than most people.

Lost city of Atlantis, swamped by tsunami, may be found — Hmmm.

No Face, but Plants Like Life Too — It's enough to make you go on a diet of Flintstones' Vitamins and Red Bull.

The Northrop XB-35 flying wing bomber — With a B-17. Talk about your retrofuturism.

Fukushima's Spreading Impact — Japan's spiraling reactor accident threatens nuclear power's future. Though as Josh Marshall has pointed out, we accept thousands of annual deaths and extreme environmental damage as part of the cost of doing business with fossil fuels, and no one panics.

How much of Japan's suffering can people comprehend? — The uncomfortable truth is that the limit is extremely low.

America's Great Passport Divide — A fascinating article, and map, about how passport holding correlates to a great many other political and cultural signifiers, including education level, general happiness and voting patterns. Color me unsurprised.

Palin and the “Party of Ideas” (II) — More from Larison on Palin and the GOP. It’s a bit rich to claim now that these political concerns have become secondary to concern for the intellectual integrity of the Republican Party, not least since there was no evidence of concern for this during the Bush era. Speaking as a liberal-progressive, I should point out to Mr. Larison that the intellectual integrity of the Republican party has been diminishing since the fall of Nixon, and effectively absent since the late Reagan administration.

Next up for Congress: repeal the law of gravity — The reality-based community loses more ground. Ultimately, even conservatives have to live in reality, too. That's the real tragedy of their deliberate wrong-headedness: it has serious long-term consequences for everyone, including themselves.

Is the Anti–Birth Control Mob Losing Its Grip on Congress? — I personally don't see any waning of this conservative obsession with using the government to control other people's sexuality. I'd love to be wrong, and it would be nice for a change to see conservatives living up to their own loudly-stated principles about opposing government intrusion into private lives.

?otD: What dreams may come? 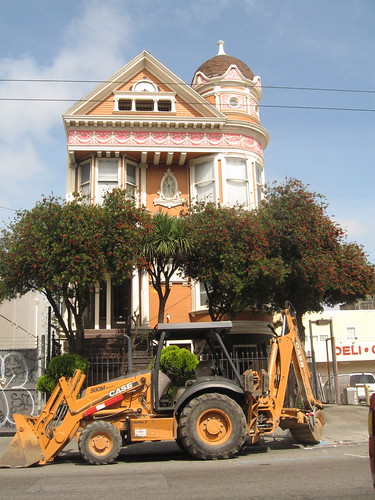 I did feel better yesterday, after being sick the previous two days. Not ideal, but better. Superbusy day at the Day Jobbe, thanks to being out. I met up with

camillealexa for a late lunch, then did writerly things at Fireside/Fat Straw, then hit some live music with

mlerules. The Pagan Jug Band at Cafe Magnolia, to be specific — they play every Tuesday night in a conveniently early show. Bluegrass/folk/zydeco is not my most beloved musical genre, but I had a lot of fun and I even danced a little, and still went home early.

Sunspin did advance by another 2,500 words, and I'm on the downhill slide for this second section section of Calamity of So Long A Life. This bit might wind up about 70,000 words, I'm not quite sure yet. Once I wrap it, hopefully by sometime this weekend, I'll step away from the book again to pursue several invited short fiction projects. Then I'll poke at the synoptic outline for the third and last section of Calamity, write some general backgrounders for the overall outline, and evaluate my schedule with respect to when I need to set this project aside and conduct rewrites on Kalimpura.

Tomorrow morning I am off well before the crack of dawn for Orlando and ICFA. I'll be back stupidly late next Sunday evening. While I'm there I'll see old friends and new and just generally chill for a couple of days. Blogging service may be a bit irregular in my absence, depending on how good the parties are.

So here's to health, writing and travel. Away I go.