An unusual shot of the XB-35 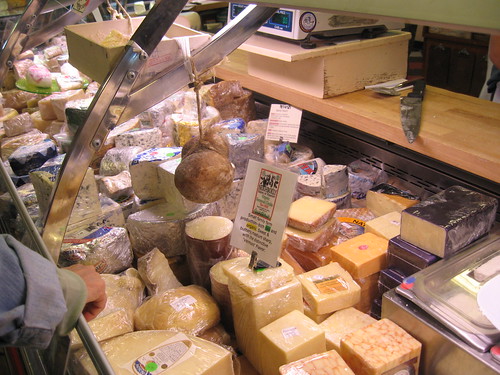 The flight yesterday was okay, except when it wasn't. On the Denver-Orlando leg, the seat immediately behind me was occupied by a young boy who was either non-neurotypical or developmentally delayed. About every 60-90 seconds for the entire 3.5 hours, he had to tell his mom what he doing right then. This took the form of, "Mom. Mom. Mom. Mom. Mom. Mom. MOM! MOM!" until she acknowledged him. Also, he kicked the base of my chair almost the entire time. Ah, the romance of travel. Nonetheless I managed to get in a decent nap and a couple of hours work on Sunspin.

Stepping out of the airport in Orlando to the bus rank, I was warm for the first time in over a year and half. Last summer, tapering off chemo, I felt cold the whole time even when the weather was hot. It hasn't been hot since. That was a blessed sensation.

Once I hit ICFA, the usual round of hallway chat began with a cast of dozens. All good stuff. Had dinner with a new friend, then spent the evening hanging out by the pool drinking a bit and talking a lot, including a midnight swim and hot tubbing. I got back to my room about 12:30 to discover that I had lost both my credit card and one of my gloves. Now mind you, it was one drink. A few panicked minutes later I discovered the credit card on the floor, wedged up against the dresser. This morning I found that my missing glove had apparently stayed up drinking after I went to bed, and was passed out under one of the poolside chaises.

Walked just before dawn today with Farah Mendlesohn, Edward James and Cecilia Holland. Here's Edward and Cecilia as authors in the mist: 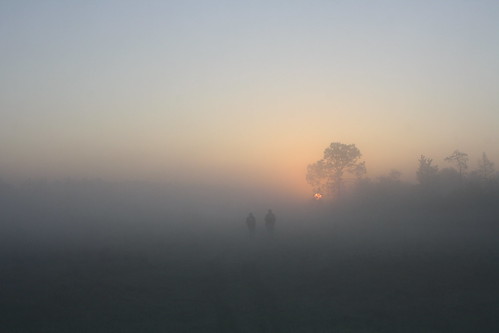 3,100 words in the past two hours, on the pier over the lake. Only the herons, storks, hawks and an alligator for company. And warm, nice and warm.