Parthenon Moon — APOD with a great moonrise. We saw this same effect in Orlando Saturday night, framed by palm trees.

A flying wing airliner — A Sunday fantasy from x planes.

A legacy from the 1800s leaves Tokyo facing blackouts — A decision made at the dawn of the electric age is complicating Japan's efforts to keep the lights on. (Via

The Big Dangers Still Faced at Fukushima — The issues that will determine the long-term impact of the nuclear crisis.

How the No Fly Zone Can Succeed — WTF? I go away for the weekend and we start bombing another Islamic state?

?otD: Have you ever seen the Cascade volcanoes from the air? 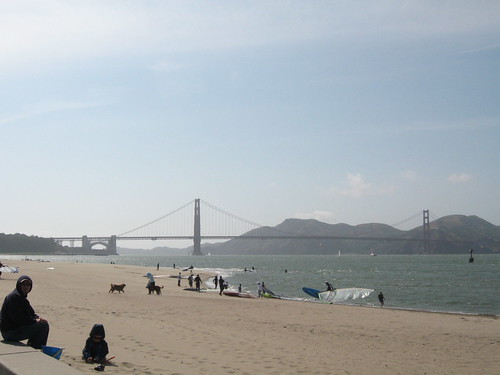 Well, that was quite a weekend at ICFA in Orlando. Though it was a working trip — two interviews, a reading, book signings, networking, writing — I also took more down time and relaxation than I've had in a long time.

Part of that is because the last couple of years haven't much lent themselves to relaxing, even when down time is available. Also, most of my trips, even nominal vacations, involve going to conventions or conferences, and doing a fair amount of work there in the form of programming, workshops, networking and so forth.

ICFA is an academic conference, and the writers are there to interact with the academics, but we don't have to meet the same expectations of a classic style of SF convention. We're exhibits, in a sense. The conference is very well-run, contained in a single venue, and filled with old friends and new that I'm very happy to spend a lot of time with.

But mostly, for me, I was feeling healthy, being warm in the Florida sunlight, and really enjoying the people. Everyone from dear friends like Deanna Hoak and Farah Mendlesohn to familiar faces like Peter Straub and Joe Haldeman to interesting new acquaintances such as Karen Lord and Cecelia Holland.

It was just fun. I really want to thank Sydney Duncan for going well out of her way to encourage me to be there and enable my presence. And everyone at ICFA for their generosity, good spirits and best of all, their company. If time, health and finances permit, I'll definitely be back next year.

Here is the second-to-last installment of this little series. One more time, I'd like to thank everyone who's involved themselves in the discussion so far. For reference, and if you'd like to catch up on the various comments:

I have said I'm writing Sunspin in a manner similar to how I wrote years ago, long before I first achieved unconscious competence as a writer. What that actually means is that I started with a far more complex novel outline than ever before. It's over 140 pages now, of which 50 pages is synoptic outline and the rest is background, continuity notes, lists of characters and places and starships, etc.

The synoptic outline is divided into three books, Calamity of So Long a Life, The Whips and Scorns of Time and Be All Our Sins Remembered. Each book is in turn divided into thirds within the outline. I've never before so explicitly addressed the three-act structure that is such a basic default of the Western storytelling tradition. But I had to do so, in order to manage this eleven-POV, +/-600,000 word monster of a project.

Except they're not novellas, because they don't stand alone. Each chunk has to follow on what came before. Each has to foreshadow and otherwise establish what will come next. And I have to keep track of my eleven protagonists, who do not appear in a regular rotation, but rather weave in and out as I want to measure out story action and information to the reader. (See, down at the bottom I'm still writing as a Consumer.)

Furthermore, the synoptic outline is not divided into thirds-of-a-third-of-a-third, so as I approach each novella-sized chunk, I have to deconstruct that section of the outline and apportion the major plot and character developments so the internal pacing demands of that act of the book can be satisfied.

All of the above requires an enormous amount of overhead on my part for explicit structured thinking in Producer mode while I am still in the act of first drafting. I have to keep interrupting the flow of words on the page from my writing-as-a-Consumer mode to adjust and re-aim and refine. It's the only way to get this thing right. Imagine the amplitude of an error made now when I am 500,000 words further into the text.

I'm not following the headlights anymore, I'm looking way the hell over the horizon.

My Producer skills are being deployed to tear down my Consumer-driven craft skills and force my comfortable writing-as-a-Consumer self to deal directly with things that historically I either did unconsciously on first draft or retrofitted later on revision.

I also confidently expect to be a much better writer for having gone through this experience. Every time I've stretched, I've improved. This is maybe the biggest stretch I've ever taken, but then my writing life is bigger than it used to be.

I certainly don't plan to write anything longer than this in the future. Which is not to say that I wouldn't take on an extended multivolume series if the story deserved it and the market demanded it. I just mean I likely won't tackle such a huge tranche of work in one swell foop.

It's also the case that I recently realized the manner in which I'm writing Sunspin is a warm up for my book-in-waiting, Original Destiny, Manifest Sin. I plan to write that one next after I'm done with the current effort. I've said for years I wasn't ready for that book, not skilled enough. While Sunspin is an ambitious, full life cycle project in its own right, oddly, it's also a form of throat clearing for an even more structurally and thematically ambitious if much shorter project to come.

Back to my original topic, Sunspin has caused me to completely re-engage with my own habits and practices as both a Consumer and a Producer. This will definitely make me a better Producer. With luck, it will also make me a better Consumer. Most of all, I expect it to help me produce better Story.

Next up, the last of these posts in which I promise I shall return to my original point, and tie my process discussion more firmly into it.