Radiation Dosage Chart — Information Is Beautiful with a visualization of dosage levels and consequences.

Who's Really Behind Recent Republican Legislation in Wisconsin and Elsewhere? (Hint: It Didn't Start Here) — An essay from embattled historian William Cronon. The GOP may have bitten off more than they can chew in trying to intimidate this guy. (Thanks to

Haley Barbour Comes Out Against Slavery — Nice to see the leading lights of the GOP catching up on current events. Also some interesting historical counterfactuals in this piece.

Gingrich fears 'atheist country ... dominated by radical Islamists' — Hours after declaring Sunday that he expects to be running for president within a month, former House Speaker Newt Gingrich said he's worried the United States could be "a secular atheist country, potentially one dominated by radical Islamists," in the foreseeable future, according to Politico. You keep using that word. I do not think it means what you think it means. Are conservatives really this stupid? This is nothing but scare word bingo. In what conceivable universe are radical Islamists also secular atheists? (Via Pharyngula.)

?otD: Where in the world is Carmen Sandiego? 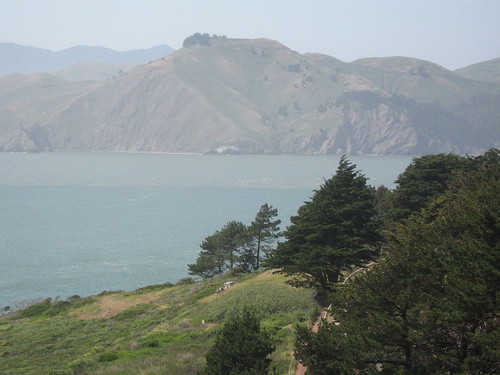 First, a note on my recently posted travel schedule [ jlake.com | LiveJournal ]. I accidentally omitted my presence as an instructor at the Surrey International Writers' Conference 10/21-10/23. I'm very pleased to be a part of their program!

Also, don't forget the reader interview with me is still open [ jlake.com | LiveJournal ]. Toss me a question or two if you'd like, I'll be answering them sometime in the next few days.

In the writing world, I'm nearly finished with my light revision pass of the first draft of the current tranche of Sunspin. That would be the middle third of Calamity of So Long a Life. Probably that will go out to my first readers sometime this afternoon. Upcoming, a handful of short story commitments and a deep revision pass on Kalimpura. I'll be back on Sunspin in about a month, once I have those other projects dealt with. If you're an editor pining for a new short story from me, now would be a good time to mention it.

Today I'm over to the hospital again for visitation. My friend in the oncology ward is up and down. I continue to be sobered by his experience in a deeply personal way. I also recognize that his approach to his illness is very different than mine. While his story is not mine to tell here, in my case, I fought every inch and step of the way that I humanly could. This I learned from my late friend Edith Throckmorton, who lived into her eighties with injuries and health problems that probably should have laid her under decades earlier.

tillyjane, a/k/a my mom, provided most of Edith's late-life medical advocacy and personal support, acting as a surrogate daughter. That's how I knew Edith — the two of them were church friends, originally.

Edith never gave an inch. Frankly, sharp and witty and kind as she was, Edith was also a dreadful old bat. I know she would have smiled to hear me say that. Because being a dreadful old bat is what kept her going years past the point when any reasonable person would have laid down their burdens. She knew that every surrender was permanent, and was quite vocal about her convictions. Chemo was kind of like eldering, except reversible. Everything I gave up, I lost until well after I was done with the process. I'm still getting things back now, nine months after finishing chemo.

Edith was and is an inspiration to me, even when people around me were telling me that I was fighting it too hard, that I should accept the process.

Never fucking accept anything about cancer.

Three weeks from now, I'll know what it is I have to fight next. If I'm lucky, nothing but fear of the future. If I'm unlucky, then, well, I get to spend another 15-18 months being inspired by Edith on my next journey through hell.