How not to bug the fuck out when writing a novel — (Snurched from Steve Buchheit.)

How to Teach Books to Kids — Ta-Nehisi Coates on high school reading.

A sweeping question for colleges that embrace quidditch — Uh...

7 Basic Things You Won't Believe You're All Doing Wrong — Including pooping. (Via Tim Keating.)

The Scary Reality of a Real-Life Barbie Doll

Could aliens be living on planets deep within black holes? — At the centre of some black holes is 'an area where space and time exists'. Hmmm. (Via

Is inequality a hazard or an indicator? — An interesting IMF analysis finds that growth spells tend to last longer in places with relatively low levels of income inequality.

Batteries that Recharge in Seconds — A new process could let your laptop and cell phone recharge a hundred times faster than they do now. Fascinating. In some ways, batteries are still the most retrograde major technology that we have. (That being said, I also like the idea that trees are solar energy batteries.)

The Prosecution Rests, but I Can’t — A man, wrongfully convicted, speaks out. Worth the read, especially if you're a law-and-order type.

Judges Who Are Hungry, Fatigued More Likely to Deny Parole — Wow. I mean, not exactly surprising, but wow.

Birtherism — I think the thing that pisses me off the most about the birtherism and the coverage is that no one will come out and state that what is obviously motivating this crap is racism. Period. End of story. Yep. This. Birtherism is the Intelligent Design of electoral politics. A foolish, stupid stalking horse that manages to lend credibility to people's superstitions/prejudices.

NOM Leader Supports Same-Sex Marriage — What happens when a conservative actually pays attention to the reality around them. Their mind changes.

?otD: Whose idea was it to spell this 'Wednesday' anyway? 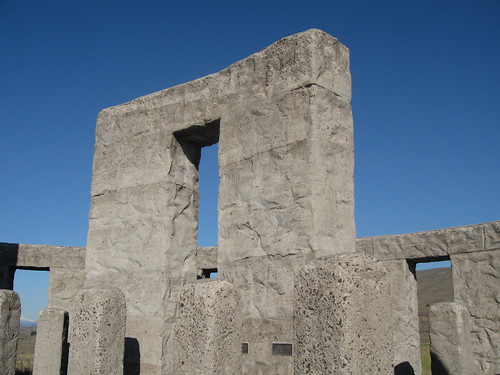 Finally it can be told. Or more to the point, finally I have the time (and bandwidth) to tell it.

Wednesday of last week, I went out to the Sarpy County Fairgrounds in Springfield, Nebraska with

garyomaha. Our goal was to fly

elusivem's hot air balloon with me as passenger.

I'll be back in Omaha the week of 5/23. We'll see what happens then with the weather and the sky. Even though we never got off the ground last week, it was a lot of fun.

The Fear is creeping up on me, like fog over a late winter field. CT scan tomorrow, oncology consult Monday.