How Book Publishing Has Changed Since 1984 — (Via @ColleenLindsay.)

Feral chickens have proliferated in New Orleans since Hurricane Katrina

What The Japan Earthquake Sounded Like... Underwater — Wow. (Via, among others, David Goldman.)

The Oregon legislature RickRolls itself — Ah, my adoptive home state.

Teacher Bashing 101 — A rant against the rants against teachers. It's because a vocal minority of angry people, egged on by grandstanding pundits and small-minded politicians, denigrate and disdain education itself at every turn. It's because this same vocal minority glorifies stupidity and revels in ignorance and condemns education as elitism. It is because they are afraid. Afraid that their children will become more than themselves. (Snurched from Steve Buchheit.)

Rep. Broun: FDR Was A Communist And The Supreme Court Has "No Clue" About The Constitution — And conservatives wonder why the rest of us think you're crazy. You people elected this guy.

Behind the Abortion War — Abortion, contraception and Republicans making shit up without being challenged on it by Your Liberal Media.

Just the Simple Truth — In the past decade, Republicans slashed taxes, started two wars, approved a big unfunded entitlement, and presided over an economic collapse that cratered tax revenues and required massive government spending to counteract. That's pretty much 100% of our existing deficit problem right there. Look! Over there! George Soros!

Arizona's Senate-Approved Birther Bill Could Force Presidential Candidates to Provide Documentation Describing What Their Penis Looks Like to Get on Ballot — Conservatives: proudly defending America from, uh, hell if I know anymore. Themselves, hopefully.

Do-Nothing Congress as a Cure — A trick question: If Congress takes no action in coming years, what will happen to the budget deficit? It will shrink — and shrink a lot. This simple fact may offer the best hope for deficit reduction. (Thanks to Dad.) 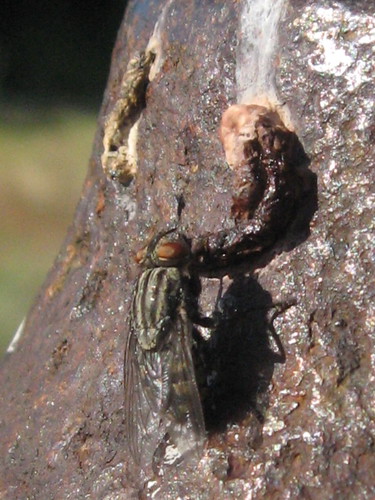 In celebration of my natal anniversary, JayCon XI, my 11th annual 37th birthday party, is Saturday, June 4th, 2011 from 2 to 5 pm at the Flying Pie in SE Portland. We're partying because I was born, and because I have beat cancer again and again.

the_child sings Papagena in her 7th grade class production of Mozart's opera The Magic Flute tonight. When I was in seventh grade, we were doing skits about a farmer and his horse. I cannot help but be impressed.

Recently, a high school friend who'd moved to Portland contacted me. We had lunch, and as a result, he, his wife and his daughter are planning to attend tonight. I had mentioned this to

the_child, so yesterday she asked me his name, looked him up on Facebook, and sent him a note introducing herself and telling him how pleased she was he would be coming to the opera, and that she was looking forward to meeting him and his family. This piece of social grace was utterly on her own initiative.

In another frame, the mother of one of her school friends is having a very difficult struggle with metastatic cancer. Though she has not shared her prognosis, hope is growing thin on the ground right now. Yesterday

the_child asked me, as she has once before, what her school friend would do without his mother. We had a long, thoughtful talk about cancer, death, parenting, love and community, but especially about the hopes of a parent for their child, and the needs of a child for their parent at the different stages of life. I didn't have any good answers to give her, because there aren't any in a time like this.

We also talked about what it meant to "fight" a disease.

the_child pointed out that both

shelly_rae had been instrumental in keeping me fighting when I was at my worst. We agreed that love and family were very important.

Who is this mature, reflective, loving human being, and what has she done with my daughter?