How Books Are Made (1947 video) — "This man is an author. He writes stories. He has just finished writing a story. He thinks many people will like to read it. So he must have the story made into a book." Encyclopedia Britannica with a video on how books are made. Or were in 1947. With bonus hot type action. (Via AH.)

Tim Wu, historian of information empires — This is worth reading just for the opening squib on magnetic tape alone.

Protests mount over fast track for John Paul's beatification — Sex abuse controversy refuses to go away as Catholics prepare for ceremony in Rome.

Fischer Brings the Crazy, Part...Infinity — Dispatches From the Culture Wars with more on the Right's bizarre perception of a link between secular liberals and Islamic fundamentalists. When we defend the right of Muslims to practice their religion, we are defending the constitutional values that conservatives so often claim to support but reject in reality. It's called intellectual consistency; you really should try it some time.

Red Cross study finds 60 percent of young people support torture — Our friends on the Right in politics and media have succeeded in demonizing ourselves.

Glenn Beck called Mike Huckabee a progressive — You keep using that word. I do not think it means what you think it means. Honest to god, that's even weirder than calling Obama a Socialist.

Sen. Kyl Erases His False Statement On Planned Parenthood From Congressional Record — See! Republicans don't lie! Memory hole for the win. And I love the closer on this piece, too. So even though Kyl has had his remarks removed from the official legislative record, his legacy as Archduke Ferdinand's assassin and the saboteur of the Apollo 13 space mission lives on. 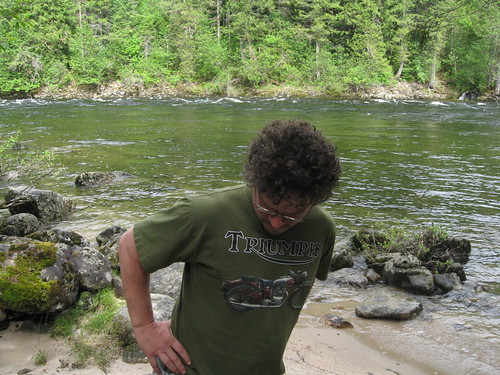 Well, cancer has changed everything. Again. Here's the balance of my 2011 schedule.

Yesterday I got some writing done for the first time in over a week. 1,700 words in an hour and a quarter. A little off my usual pace, but respectable. The vapor lock in my brain from the new cancer diagnosis is apparently lifting a bit.

This makes me feel so profoundly like myself. Like I'll keep going, and keep moving. My writer mind is coming back.

I know chemo will steal it from me again, but I will recover after that theft. This is the lesson of the day, that I can still write, and I will.

In other news, and not unrelated, I am beginning the process of planning my logistics and coverage for the forthcoming chemotherapy sessions. Not exactly a relief, but a sense of focus at least. The Wednesday appointment with my surgical oncologist will confirm the plans, or slightly possibly upset them.