A reader reacts to Green — Among other reviews. I'm not sure if they liked it or not.

Guest Blog: Lauren Beukes on Writing the Other — Good for her. I sure hope Lauren fares well with making this point, as talking about this is decidedly playing with fire.

At and Around the Con: A Guide for Horrifying Baboons —

Problem Competition: Who is Worse Off? — Amy Sundberg with more on problems.

Flashback post: “What’s the score?” — Slacktivist Fred Clark with a (re)post on Terry Schiavo and "red facts" vs "blue facts", still very much germane to the current political and media discourse.

Guns at home more likely to be used stupidly than in self-defense — Also, this just in, water is wet. Yes, Sparky, your theoretical defense of essential liberties is still more important than the 14,000 or so gun deaths per year. In four decades of gun ownership over half a million people will be killed so you can sleep more soundly at night! The Constitution says so.

After-birthers running through the fever swamps — And that belief lies in their fundamental, bedrock definition of what constitutes a Real American -- a white, Christian conservative. There's no way they will ever be able to reconcile the idea that a black Democrat could legitimately represent a majority the American people. Clearly, they will rewrite history and the constitution if they have to in order to make that case. 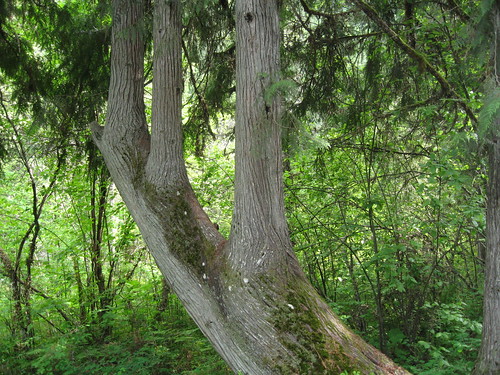 Yesterday I went over to Sea Tramp Tattoo here in SE Portland and marked my cancer experience permanently on my body in symbols of my own choosing. This is to contrast with the surgical traces across my abdomen and chest.

kenscholes came with, as did